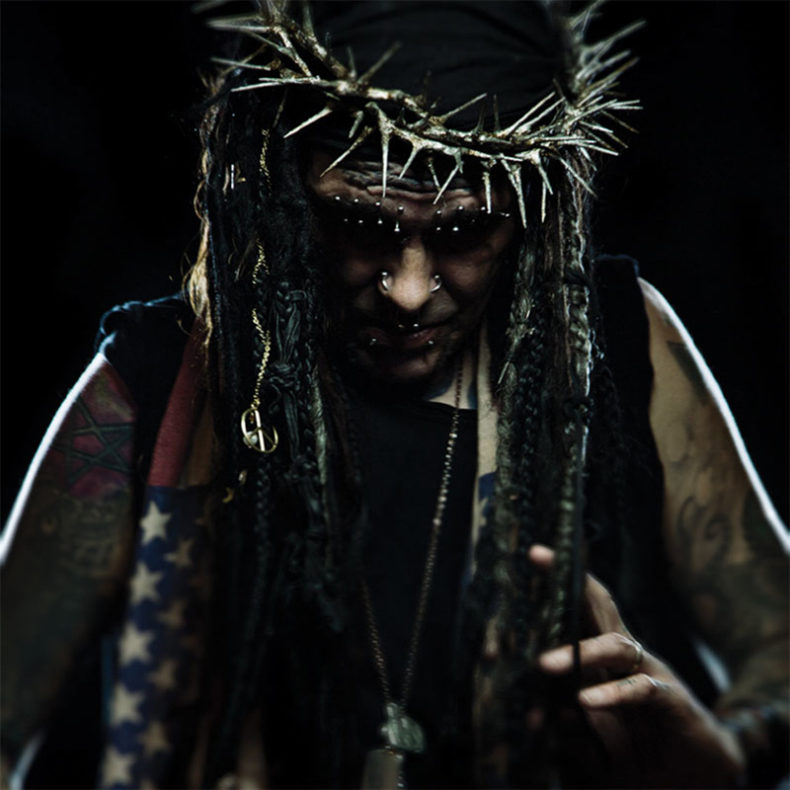 A CONVERSATION WITH MINISTRY’S AL JOURGENSEN

November 8, 2016. The world stood still in a state of shock as the news stormed the floodgates like a dam that simply could not hold any more: Donald Trump had won the 2016 American presidential election, making him the country’s forty-fifth president. After freezing in a moment of surprise, confusion and defeat, the American population — and people around the world — were engulfed in a sense of political frustration and angst that has been a long time coming. On November 9, however, Ministry — one of America’s most politically-charged bands — stepped into the studio to start recording what would become AmeriKKKant, a fiery album due out on March 9, 2018. Recently, I had the privilege to sit down and talk with Ministry’s vocalist, songwriter and leader Al Jourgensen about his latest record and how it serves as a reflection to the social, cultural, and political values of present-day America. 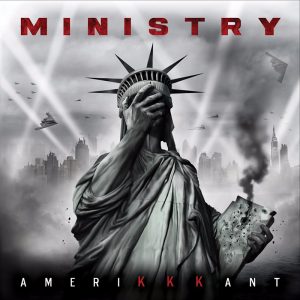 ‘This is not an anti-Trump record. Not completely, at least,’ Jourgensen explains, leaving me with a sense of curiosity. AmeriKKKant, after all, opens with “I Know Words,” a prelude that samples and manipulates Trump’s voice as he spouts phrases that are synonymous with his character and platform, including ‘we will make America great again’ and ‘we will build a wall.’ Within seconds, Jourgensen’s thoughts on the current president — ‘a fuckin’ crazy leader who keeps showing up on my TV and spouting bullshit and is really orange’ —  are very well known. That being said, AmeriKKKant is a much deeper record that looks at perhaps a far greater problem in America. Jourgensen describes the record as ‘holding up a mirror’ to what it has felt like to live in America for the past year and a bit. He continues, explaining, ‘2018, to me, seems just like 1968 with the Soviet tanks running through Prague, the assassinations of Kennedy and King, and the first election of Nixon; it was tumultuous times with Vietnam and shit. I see this parallel to 2018, except this time we can’t be bought out . . . the planet is failing because of exploitive doctrines that rape the planet for individual profit and greed. Shit has to get fixed . . . We are on limited, borrowed time.’

Musically, Jourgensen describes the process of creating AmeriKKKant as ‘organic and reenergizing.’ Shortly before the presidential election, Ministry was on tour in Europe with a lineup closely resembling that of Jourgensen’s Surgical Meth Machine lineup. The band felt that everything was feeling great and this — along with hearing Trump had won the election — sparked the idea that they should bunker down in the studio to jam and see what they could come up with; ‘70% of the record came together that week,’ Jourgensen states. The band was inspired, both musically and politically, and as a result, AmeriKKKant came together quite easily and feels seamless. The album features performances from Fear Factory vocalist Burton C. Bell, DJ Swamp, N.W.A’s Arabian Prince, and Lord of the Cello, a man Jourgensen humorously remembers meeting at a flea market as he played his homemade instruments, dressed as a Viking. 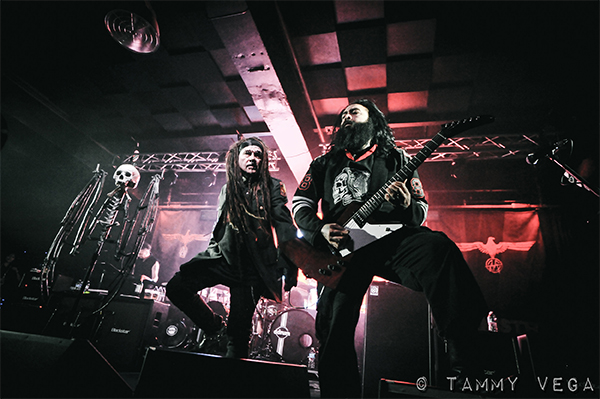 While Ministry is set to embark on a massive tour in support of the album, taking them across North America — with a sold-out stop at Toronto’s Opera House on April 14 — and into the European festival circuit this summer, Jourgensen hopes most that AmeriKKKant starts a much-needed conversation to help breed societal, political, and cultural healing. While Jourgensen’s thoughts on Trump are clear, AmeriKKKant looks deeper at the question that Jourgensen feels is central: ‘What is making a global society think that an authoritative dictatorship is what we need? We don’t need to look at Trump; we need to look at why Trump is in power.’ He further points out an often-overlooked silver lining, exclaiming, ‘I don’t think the powers that be who put him in power expected him to be such a catalyst for a wave of introspection and criticism. It’s like if you get a tumor, it’s a good thing because then doctors can easily look for the cancer underneath; it’s not the tumor you’re working on. It’s the fuckin’ cancer that caused it.’ Poignant, insightful, and incredibly well-spoken, the message that motivates Jourgensen is one of resistance and defiance to actions of injustice from authoritative beings. He urges people to dig deep into the larger issues so we as a civilization can begin to move in the right direction, stating that change is no longer a choice, but a necessity.