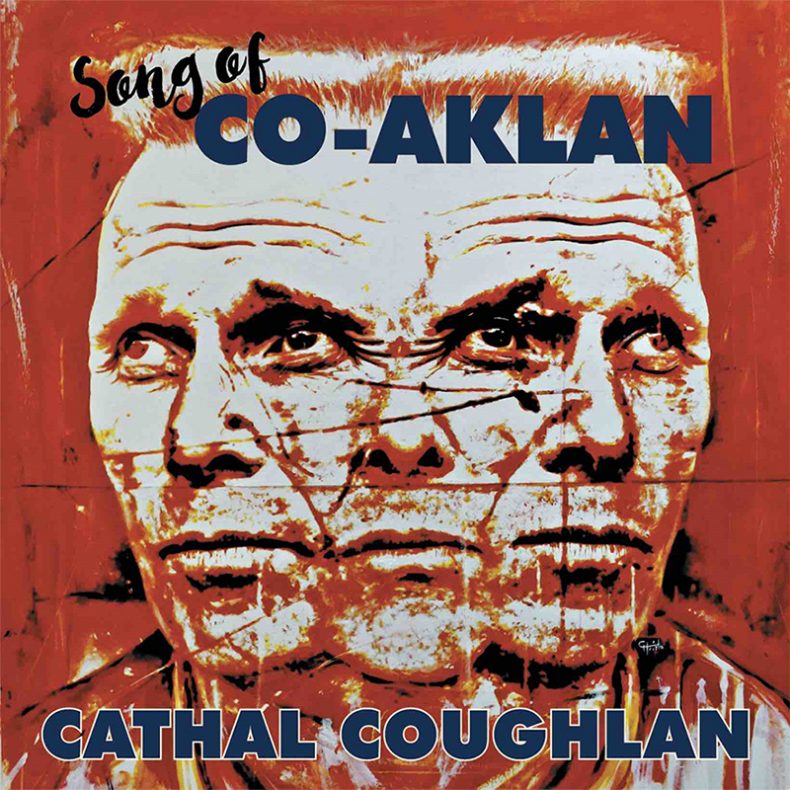 Today we are pleased to present the premiere of the full album Song of Co-Aklan by Irish indie music legend Cathal Coughlan. This is his first new music in ten years and it is being released on multiple formats via London label Dimple Discs, which happens to be owned by fellow Irishmen Damian O’Neill of The Undertones.

To say that Coughlan’s new 12-song collection are sounds for sore ears would be an understatement. Never one to bow down to controversial themes and difficult subject matter, he goes in headlong to our delight and this is perhaps his best record to date. Now London-based, this is the sixth album for the Cork native – a brilliant opus that also involves a number of good friends and old bandmates (including those of legendary status, such as Microdisney bandmate Sean O’Hagan, who went on to work with Stereolab and form The High Llamas).

Coughlan recently re-emerged to present Song of Co-Aklan, the title track to his forthcoming album by the same name, along with accompanying video created by Emmy Award-winning filmmaker George Seminara. This was followed by ‘Owl In The Parlour’ with video created by Andy Golding (The Wolfhounds, Dragon Welding), and  ‘The Knockout Artist’, with Seminara returning with a new visual offering. 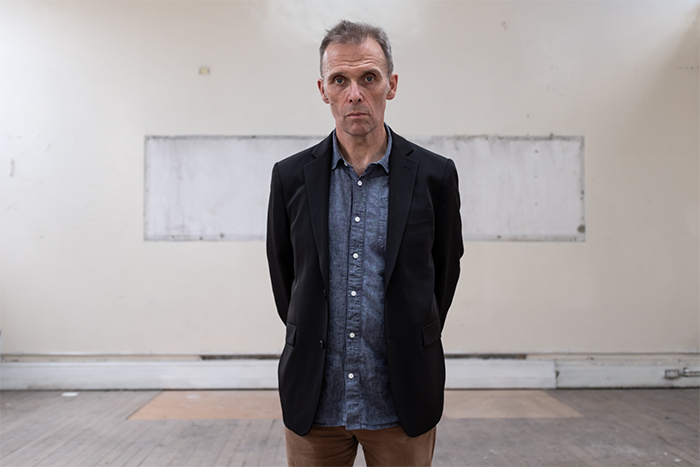 Best known as co-founder and vocalist for seminal 80s/90s bands Microdisney and The Fatima Mansions, who toured internationally with U2, the Cork native has been described as “the most underrated lyricist in pop today” by The Guardian newspaper. DJ John Peel was also such a fan that he stated he could “listen to Cathal Coughlan sing the phone book”.

Recorded in London, this song features Coughlan’s long-time collaborators from the Grand Necropolitan Quartet. Namely Nick Allum (The Fatima Mansions, The Apartments) is on drums, James Woodrow is on guitar, with cello by Audrey Riley (notable collaborator of Lush, The Sundays, The Smiths, Nick Cave, The Cure, The Go-Betweens, Smashing Pumpkins, Catherine Wheel, Moloko and Coldplay). Anchoring the song is Rhodri Marsden (Scritti Politti) on bass.

This album also features contributions from Luke Haines (The Auteurs, Black Box Recorder) on bass and baritone guitar. The eye-catching cover art for the Song of Co-Aklan LP is by outsider artist Cristabel Christo and originated by Bruce Brand, award winning designer for The Darkness and Whites Stripes.

Cathal Coughlan is widely considered to be one of Ireland’s most revered singer-songwriters, beloved by fans of caustic literate lyricism and erudite songcraft. Since Fatima Mansions’ demise in the mid-90s, he has released five acclaimed solo albums, taken part in an array of collaborations and made numerous guest appearances. Along with Microdisney bandmates, he was the first recipient in 2019 of Ireland’s National Concert Hall Trailblazer Award, which celebrates culturally important albums by iconic Irish musicians, songwriters and composers (for 1985’s ‘The Clock Comes Down The Stairs’).

The ‘Song of Co-Aklan’ LP will be released on March 26 and will be available digitally across online platforms, such as Apple Music and Spotify. It can be pre-ordered at https://ffm.to/songofcoaklanalbum.