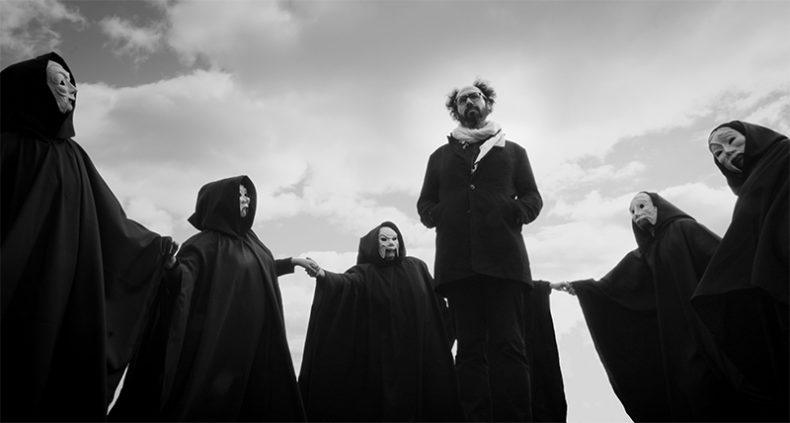 THE HOLY GASP – “THE LOVE SONGS OF OEDIPUS REX – IN CONCERT”

The Holy Gasp make music for fans of theatrical, darkly comical, genre-defiant entertainment. They beckon you to surrender yourself to the Community of Sound, and to drain the black tar from your heart, drop by drop, amongst the others.

The documentary tells the story of a troubled marriage and subsequent divorce further burdened by the death of the husband’s father, and burdened even further by the death of his psychotherapist. Frontman Benjamin Hackman recounts his tragic losses in detail through the lyrics of this truly unique body of work, and brings it to life on stage amongst an orchestra of 27 musicians and vocalists. Those in Toronto may also take special interest in some of the final footage ever captured of the now defunct Coffin Factory, where the ensemble rehearsed, and where numerous Toronto artists have lived and worked for the past several decades.