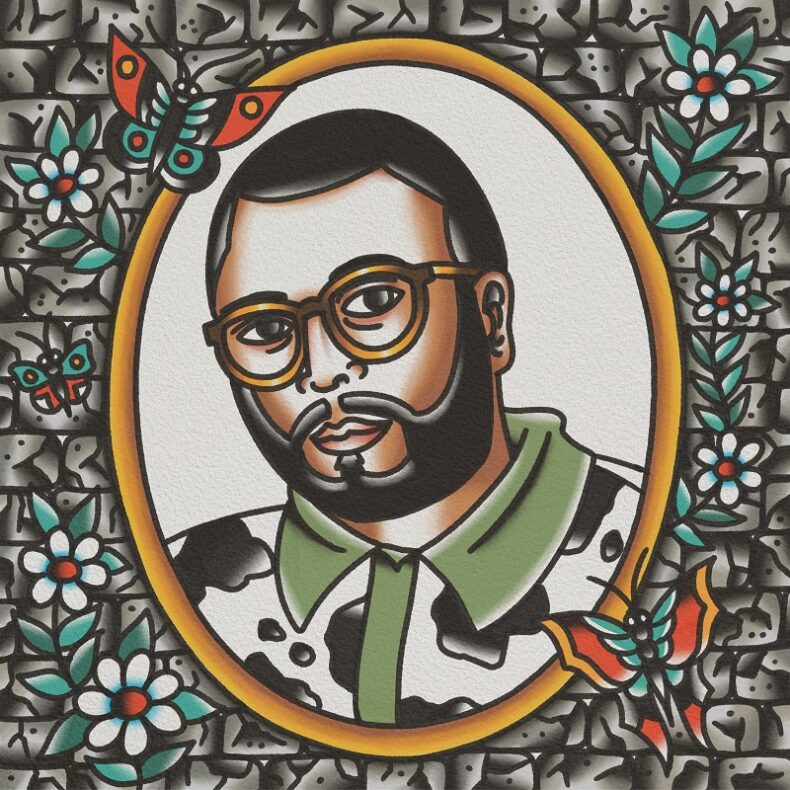 Born in a garage in Chino, CA, The High Curbs formed nine years ago as a group of friends in high school who would jam when they weren’t skateboarding. Their latest release “Down” is due out April 29th, the same day as their show at Los Angeles venue The Echo, and showcases their usual humor, grit and sincerity. With Eduardo Moreno as writer and singer, Alberto Alvarenga on guitar, Aaron Korbe on drums and Kenny Huerta on bass, the band smashes bigger existential themes within the walls of three-minute bangers with surprising ease.

“The song was written about having intruding thoughts but trying to pretend everything’s OK,” says frontman Ed. “I was on vacation, a time when I was supposed to be enjoying myself, and instead I found myself trying to figure out what I was doing with my life while at the same time trying not to ruin the trip.”

The band operates under pure-hearted DIY principals, which keeps them genuine, hardworking and deeply immersed in the scene. And it also happens to be going well for them. With tens of thousands of listeners and millions of plays on their songs, The High Curbs have clearly struck a chord with a solid audience.

“Our biggest motivation is legacy,” Ed says. “We want to make music that people from later generations can look back at and still be able to relate. When kids come up to us after a show and say we inspired them to start a band, those interactions give us the fuel to keep going.”

by SPILL NEWS on April 21, 2022
HOT CHIP ANNOUNCE NEW ALBUM FREAKOUT/RELEASE OUT AUGUST 19 + SHARE NEW SINGLE “DOWN” | US & EUROPEAN TOUR ANNOUNCED DOMINO RECORDS Hot Chip are pleased to confirm news of the eighth album Freakout/Release, due for release on [...]

by Mark Dean on April 26, 2017
SONGS OF DARKNESS AND DESPAIR AN AMUSING DISCUSSION WITH BILL MOSELEY AND PHIL ANSELMO OF BILL & PHIL Musical styles and collaborations are nothing new, but sometimes one does actually cause you to sit up and ask wow,” I wonder what that [...]