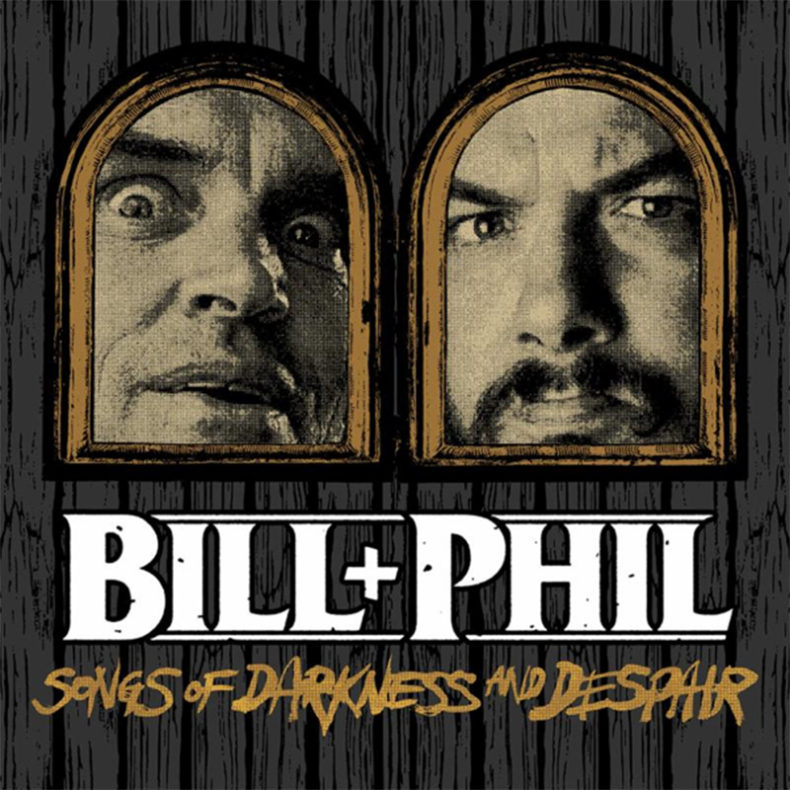 From preppie journalist to Satanic serial killer, Bill Moseley’s taken a long and unusual road to cult stardom, firmly cementing his place in the annals of horror history along the way. Having released his Spider Mountain record, and collaborated with Buckethead on their Cornbugs project, Moseley expands his musical endeavors by teaming up with Anselmo. BILL & PHIL’s Songs Of Darkness And Despair is a brilliant trip that will give everyone a thrill.

Comments Anselmo: “Working with Mr. Moseley was an awesome experience! Bill brought the lyrics and Stephen [Berrigan] and I just improvised directly on the spot, and squeezed out six tunes in three days. All the songs have a different vibe because I wanted the music to represent Bill’s lyrical vision(s), and we needed to, because Bill does indeed have a unique, visual element within his choice of words and phrasing. I love Bill Moseley, and can’t wait to work on the next one! Be cool and enjoy this one!”

Additionally, you can check out a hilarious interview with Moseley and Anselmo courtesy of Little Punk People at THIS LOCATION or below.

SPILL NEWS strives to keep our readers up to date with news and events in the music industry. We keep you informed of the most recent information regarding new releases, tour dates, and information items about your favourite artists.
RELATED ARTICLES
bill & philchop top texas chainsaw massacredown

by Gerrod Harris on January 26, 2018
Philip H. Anselmo & The Illegals Choosing Mental Illness As A Virtue Housecore Records Philip H. Anselmo is not one to sit still for very long. While [...]

by Mark Dean on April 26, 2017
SONGS OF DARKNESS AND DESPAIR AN AMUSING DISCUSSION WITH BILL MOSELEY AND PHIL ANSELMO OF BILL & PHIL Musical styles and collaborations [...]
7.0