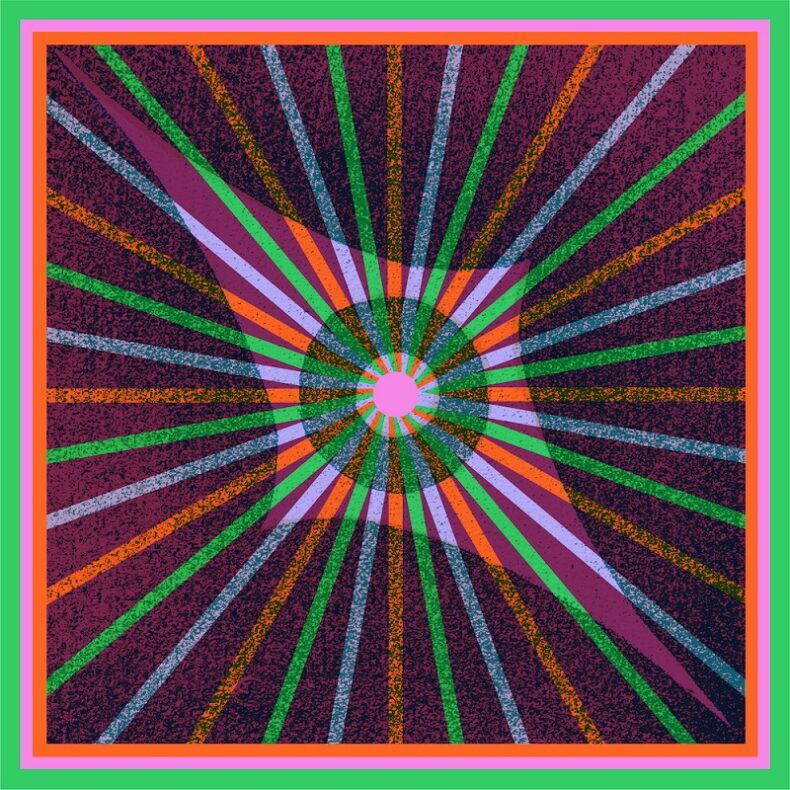 THE HARLEQUINS – “SOUND OF THE CREEPS”

With the release of their 8th full-length, Time (out Sept. 2 on Dizzybird Records), Cincinnati garage-psych veterans The Harlequins celebrate 15 years together as a band.

Their cautionary new single, “Sound of the Creeps”—written in 2016, between the first wave of the Ukrainian civil war and the 2016 U.S. election that led to the Trump presidency—captures the sinister feelling of dictators coming to power, and the spread of global autocracy. “When you hear the song,” says singer-guitarist Michael Oliva, “You can feel fascism thick in the air.”

Matching the dark, menacing & sludgy tone of the music, the song’s lyrics are appropriately scathing: “Everything will be OK / If you fall into place / Listening to the sound of the police / Oh to be free / A dream that haunts the likes of you and me / And all the rest who dream / Fear fuels the violent sheep / Turn away the kind they keep…”

For Oliva, whose wife is from Ukraine and still has family there, the song hits close to home.

“Sound of the Creeps” was one of the first songs conceived for what would become our new album Time. I produced, recorded and mixed it myself, alternating between tracking at our band rehearsal space, and overdubs and mixing at my home studio.

The song was written during our aptly titled ‘U.S. Falls Tour’ in 2016 that coincided with a very depressing presidential election mid-tour, knocking the air out of us as we were touring our last album One With You. “Sound of the Creeps” is about the rise of autocracies and police states around the world, especially the racist, fascist and ignorant fear-mongering lunatics who have felt more and more emboldened over the past six years as a dark shadow fell in America, and around the world. The ‘creeps’ in the song are all the tiki-torch-carrying fuck boys, the same ones who would later storm the U.S. Capitol on Jan. 6, 2021. The creeps are the power hungry—the forces that propel and support systemic racism and class warfare. They’re all around us.

The song was written as a call for awareness that, at the time, seemed less obvious when a majority of the American public didn’t believe this kind of injustice could still be happening. People have at least caught on a little bit in the past two years, but we still have a lot of work to do and a long way to go in the fight for good and for the future of our planet—but we’re here for it!