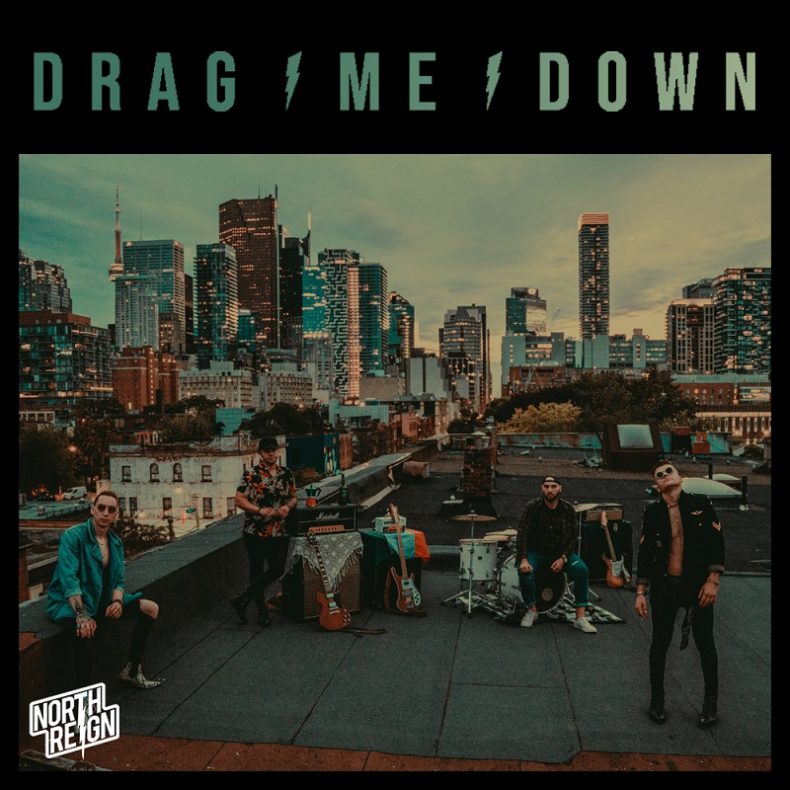 NORTH REIGN – “DRAG ME DOWN”

Toronto-based North Reign hopes to shut down the naysayers with their latest single, “Drag Me Down”, a direct, distinctly melodic, and punchy rock track that serves as a polite yet firm middle finger to those who constantly feel the need to be critical of others.

“The song revolves around an age-old concept. No matter how modest or lofty your goals in life might be, there always tends to be someone standing between you and your goal that thinks they can size you up, or tell you what you can and can’t do,” says North Reign vocalist-guitarist Anthony Carbonara.

“If you have something good going for yourself, there’s always that one guy that feels they have to get in your way. The song is all about telling that person to go pound sand and that I’m not going to let their shitty attitude drag me down”, adds guitarist Nick Scaglione.

Arriving on the heels of the band’s previous single, “Better Off,” the group, comprised of Carbonara, Scaglione, bassist Dave Drosi, and drummer Daniel Perri, saw “Drag Me Down” evolve through the songwriting and production process before arriving at the finish line. Produced by Brian Moncarz (OLP, The Trews, Yukon Blonde), the band always knew they had a great foundation for the song that demanded further attention, but chose to let it unfurl naturally as opposed to forcing something for the sake of just another song in their catalogue.

Filmed on a Toronto rooftop on the day Italy brought home the UEFA Euro title, the video for “Drag Me Down” is a celebratory victory lap for the band. Using the city’s skyline as a background, along with footage of the band celebrating the sports victory with the city’s Italian community, video director Ryan Brough effectively captures lightning in a bottle as the group’s infectious energy, combined with the track’s anthemic chorus, draws the viewer in, buoyed by Carbonara’s dynamic stage presence.

“We knew we were shooting the performance scenes on this amazing rooftop with a crazy view, but up to a week before the shoot we had not locked down plans for the rest of the video,” explains Scaglione. “It was a stroke of luck that we booked the shoot on the same day as the Euro Cup finals, and when Italy made the finals we knew it was a real possibility that we would be shooting the rest of the video in Little Italy amid the celebrations if they won. I honestly don’t think we had a backup plan because we were sure they would win!”.