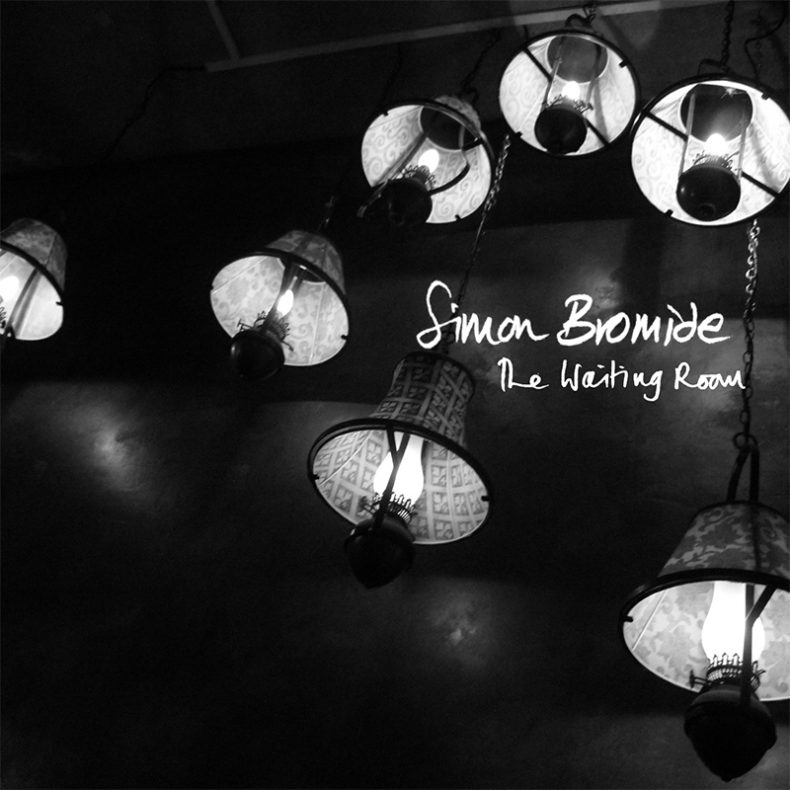 Every so often, a band comes along that reminds you of several great bands at once – even if those bands themselves don’t actually sound similar to one another. That is definitely the case with a London-based artist, who goes by the name Simon Bromide (real name Simon Berridge). Today we have the pleasure of introduce you to his new single “The Waiting Room”, which itself brings to mind such artists as Teenage Fanclub, Nirvana, Elvis Costello and The Church – and that is just the short list. But this track also brings to mind another band – not surprisingly – Bromide, which Berridge happens to front.

Like many artists during this Covid-19-laden day in age, Bromide couldn’t manage to “carry on” in the way they usually did as a primarily live band, so Berridge seized the opportunity to experiment with his solo works, inviting a few select collaborators to join in when conditions permitted. While “The Waiting Room” is only a sampling of what the long-player will offer, this song is enough to shape expectations that this album will be as brilliant as any past Bromide output, but perhaps less confined within a specific genre due to it being a solo project. This is catchy, upbeat, well-structured and impeccably delivered – with a winner of a debut release, Simon Bromide has our attention.

As for his latest two Bromide albums, Berridge once again recorded his new tunes at Bark Studios in Walthamstow with Brian O’Shaughnessy (Primal Scream, My Bloody Valentine, Beth Orton. His forthcoming solo album Following The Moon will be released in late autumn via Scratchy Records with distribution by Cargo Records.

“I Get By With a Little Help From My Friends” comes to mind when hearing the story about how the album came together. This album features drummer Fells Guilherme (Children of The Pope), bassist Ed ‘Cosmo’ Wright, as well as folk-pop chanteuse Katy Carr on piano and Terry Edwards (Nick Cave, Tom Waits, P.J.Harvey) on trumpet.

This is Berridge’s first output since Bromide’s “Ancient Rome” and “I’ll Never Learn” singles, both released in 2020. Their most recent album Woke Up, with singles “Magic Coins” and “Two Song Slot”‘, was met with popular acclaim, receiving positive reviews and airplay in dozens of countries.

Influenced equally by The Beatles, Neil Young, Mark Eitzel and Bob Mould, Simon Berridge creates ultra-catchy, jangly acoustic pop / electric rock. All songs are rooted in the acoustic guitar and then fleshed out with bass, drums, electric guitar and whatever seemed to fit the songs – hammond organ, piano, mellotron and brass.

Writing songs since he was 16, Simon Berridge has gone through many band line-ups in his decades-long music career with moods shifting a few times – from acoustic Neil Young-ish stuff to more full-on Husker Du-style noise pop and back again. Since founding Bromide in 1996, the band has released six albums via London-based Scratchy Records.

“This album was born out of frequenting open mics and in particular the longest running wednesday night acoustic club in South-East London called ‘The Easycome’ – and it’s Monday night sing-a-round off-shoot at the Old Dispensary in Camberwell. Both run by the notorious ‘Andy Hankdog’, the club has seen many pass through its doors – David Gray, Florence (Welch) Machine, Shingai from the Noisettes and more recently The Fat White Family and a host of luminaries from the burgeoning ‘South-East London scene’ – Goat Girl, Pre-Goblin, Misty Miller,” says Simon Berridge.

Also enjoy some of the gorgeous music Simon has put out with his band Bromide: