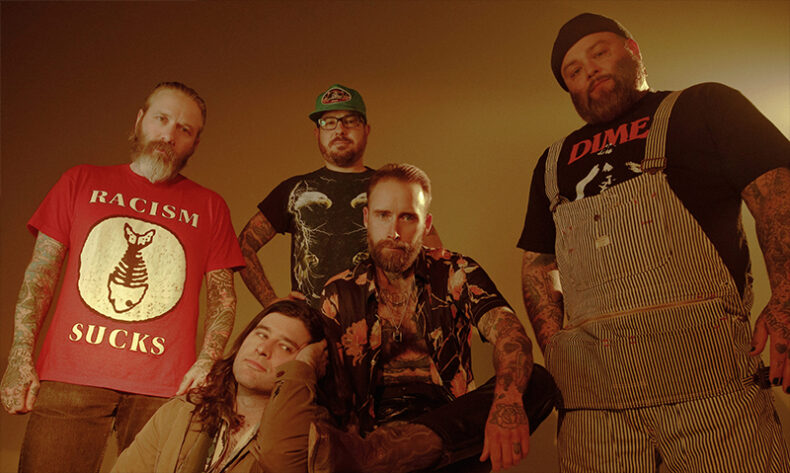 A CONVERSATION WITH GEORGE PETTIT OF ALEXISONFIRE

Growing up in Ontario in the 2000s, you couldn’t help but get swept up in the excitement that surrounded Alexisonfire. Even if you weren’t listening, the success of the St. Catharines-based hardcore band was inescapable and inspiring. Having returned with Otherness – their first album in thirteen years and first full-length collection of new music since reforming – the excitement, nostalgia, and hype, reminiscent of 2006, has also made a comeback. Echoing this notion, lead vocalist George Pettit confirms, with a laugh, “it’s an exciting time to be a member of Alexisonfire”.

To fully understand and appreciate how important of a release Otherness is and how significant this reunion was, we must first go back to 2019. While the band reunited in 2015, hitting the festival circuit and releasing Live At Copps in 2016, the newly reunited band only existed on the stage until they released “Familiar Drugs”, “Complicit”, and “Season Of The Flood” in 2019 and into 2020. Pettit reflects, “we had those three songs and that was it. We didn’t have the time to make the record; this was what we could do at soundchecks and little rehearsals when everyone was around… Those songs were figuring out how to make songs again, together… There were no plans for a record, I think we were still very non-committal to the band at that point.” Pettit continues, “honestly, it didn’t feel right at first. I think there were moments where we had broken up pretty well; we had our legacy and we could leave it that way… I think we had all landed on our feet and had all figured out living life without Alexisonfire – it was like hooking up with an ex: very flirtatious and fun.” Thankfully, much has changed since 2019. Alexisonfire is a tight unit, “it’s a family affair now. It’s very warm, we’re communicating very well with one another and we’re creatively open more so than ever. I feel very lucky… Years and years and years ago, Alexisonfire was five horses pulling in five different directions. Now we’re all marching in the same direction.” If anything, Otherness is a testament to this.

With this in mind, Otherness represents a truly new chapter for Alexisonfire, one that, perhaps, may have never happened, making it that much more special of an album. Recorded in 2021, Pettit reflects on the origins of the album, stating, “It’s nice to hear that people are generally happy with it. Walking around with it for a year without anyone hearing it; you feel like it’s good, but also, it’s like ‘am I setting myself up here? Is this good?’” Pettit continues, “we got about a year deep into lockdown and everybody was living in southern Ontario, which is a bit of a rarity for us because everybody is kind of to the wind all the time. So Wade [MacNeil, guitarist and vocalist] hits up everyone saying we should rehearse – ‘just see what happens’ – we had little bits and pieces of songs from “Familiar Drugs” and “Season Of The Flood”, so we thought maybe we figure something out with those. There wasn’t much more than that, there was never any grandiose thought of coming back in a big way with this huge record. That was never on our minds, I think we were thinking about what kind of pizza we’d get.” Given their tumultuous history, as the jams turned into nearly a full record, the band sat down to discuss how they could move forward positively, “we had some conversations I think we all had avoided up until that point, but it became clear afterwards that we were writing a record.” 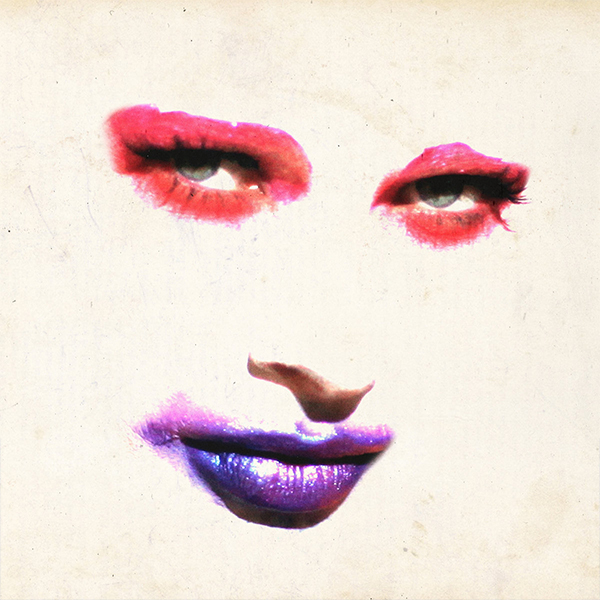 Speaking on the writing and recording, Pettit continues, “it was recorded mostly live, all of us in the same room, over the course of seven days… We knew there were certain elements that were left of centre from a basic post-hardcore record and when we got to the studio, I think we really amplified that idea. Matt Kelly was a big part of that – Matt has been Dallas Green’s writing partner and has played with City And Colour for years. He came in to play pedal steel and keys and we found that he was taking the songs into another kind of place.” He adds, “I don’t think anyone would be interested – well maybe some – but we wouldn’t be interested in making another Crisis.” As a result, Otherness is a stellar return that sees the post-hardcore veterans indulge in alternative influences to deliver a masterclass of songwriting and performance, reflecting a sonic evolution for the band.

Back, perhaps stronger than ever, Alexisonfire has truly returned in a triumphant manner with Otherness, a record that feels like a long time coming, but at the same time, likely could not have come any sooner. In many ways, the reunion of Canada’s favourite metal outfit finally feels complete. Equally proud and humble, Pettit exclaims, “it’s surprising to me that we came back with the precision that we did. You always assume that, if you stop, people aren’t going to care anymore, they’re going to go away and find something else to be interested in. That always surprises me; I put something out into the world and I’m assuming it’s going to be nothing, and it turns out to be something.” Based off the reception to Otherness, a strong contender to be among the greatest releases this year, and the recent Born & Raised festival in St. Catharines, which centred around Alexisonfire and the various musical projects connected to its members – City And Colour, Dooms Children, Billy Talent – and other upcoming artists, Pettit is more than right, it really did turn into something thrilling for listeners.

A passion for music has always been a part of Gerrod’s life. As a young boy, he was raised on a steady diet of the music from The Chili Peppers, Aerosmith, The Stones, Prince, and others from his mum. Raised in the GTA, Gerrod continued to foster his love for music by attending a wide range of concerts and learning the drums. His unapologetic passion for music has no bounds and has spread to a wide variety of styles, whether it be the 90’s rock that sound tracked his teenage years, the jazz he studied in university, or his newfound love for hip-hop. He recently received his bachelors in music and education from York University and is passionate about writing and reviewing good (and less than good) music. Gerrod is also the drummer and songwriter for a Toronto based rock & roll band, One In The Chamber.
RELATED ARTICLES
alexisonfireblack lungdine alone records
9.0