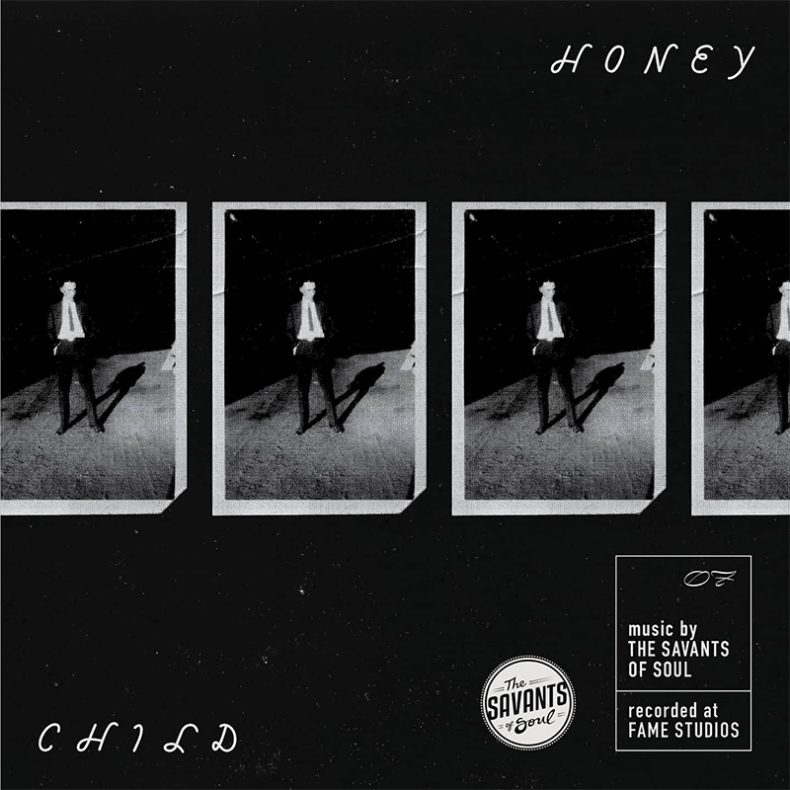 THE SAVANTS OF SOUL – “HONEY CHILD”

Hoofing through the better part of a decade, Gainesville’s 9-piece retro-soul and blues amalgam The Savants of Soul have been threading the needle, pinpointing the evolution of their sound to the city of Muscle Shoals, where they recorded their latest record at Rick Hall’s legendary FAME Studios. Over the course of ten days, the band recorded 14 songs with acclaimed producer Vince Chiarito (Charles Bradley, Black Pumas) and engineer John Gifford III, Studio A manager, tenant and student of Rick Hall (Aretha Franklin, Wilson Pickett, Etta James), aka “the father of Muscle Shoals music.”

The Savants of Soul embody an idea that comes from literary master William Faulkner – “The past is never dead.” It’s an approach that’s brought the band recognition on the national festival scene, including the Gasparilla Music Festival, and to share bills with Benjamin Booker, Durand Jones & The Indications, The Dirty Dozen Brass Band, The Original Wailers and the late Charles Bradley, who has also called Gainesville home. The group relies heavily on their live sound and energy, with an airtight rhythm section that summons the warmth, vibrance and nitty-gritty confluence of The Muscle Shoals Rhythm Section (aka The Swampers). The nine members imbue their music with a swagger, verve and exuberance that feels distinctly Southern.

The Savants of Soul’s self-titled record (out NOW), sees the evolution of their sound with a very different group of people from those who recorded on Downtown Sound and Sunday Best. “We’ve grown in many different ways: emotionally, spiritually, and quite literally with this newest iteration of the band,” says bassist and founding member, John Gray Shermyen. “And Religiously,” quips powerhouse vocalist and “Reverend of Rhythm,” Justin McKenzie. The other members include principle guitarist Will Campbell, Zack Emerson (keyboards), Mandy Ferwerda (trumpet, vocals), Jacob Armstrong (trombone), Jordan Jones (tenor saxophone), Ray Vigil (baritone sax) and Benny Cannon (drums).

“Son Be Strong,” written by John Gray Shermyen, broaches the topic of toxic masculinity, told from the perspective of a neerdowell father figure, who’s likely to chide or say something brusque, like “rub some dirt on it and quit yer cryin’,” Mckenzie adds with an apt ad lib. “It’s an indictment of this kind of behavior, that is unfortunately still prevalent in the world… this zero-sum-game viewpoint of life that is really harmful and toxic for the world, both for people personally and the expectations built around being a man and how to act. And I think it’s been beaten into men, particularly; some by fathers and some by social pressures to be a certain way,” says John Gray.

“Right on Time,” another album highlight, was co-written by Ferwerda and Emerson about one week prior to the sessions at FAME. Emerson had been working out two open-ended chords in a Donny Hathaway song, enamored by the mileage of this particular i-iv progression. This ultimately led him to the design of “Right on Time,” but not before a series of happy accidents, willfully unpatched at the behest of former bandmate, drummer and one of the original founders, Alex Klausner. The resulting triumph yields a warm wurlitzer intro akin to Aretha Franklin’s “I Never Loved a Man” – recorded on the exact same instrument – and horns that breathe cool jazz into Studio A, while Ferwerda lights up the floor with golden-age gospel pipes reminiscent of Southern luminary Candi Staton.

“Old Ways,” an Emerson and Mckenzie composition, is a country meets soul original, inspired by Willie Nelson and the genre’s storytelling arc. “I always wanted to write music like that,” says Emerson, who had recently kicked the habit of smoking after returning from Korea. “We as human beings have trouble overcoming habits, and it’s really easy to get pulled back into your old ways, so this song is about coming to terms with that, and the only way to do so is to make those confessions,” says Emerson.

Drawing on similarities in composition and the natural inclination to transition from country to soul, Emerson cites Etta James and the magic of classic chord progressions: “This one was originally a country song, and I was really trying to draw on some of those themes, like how Etta James’ ‘Tell Mama,’ which was also recorded at FAME Studios, incorporates the i-iii-V-vi progression – something so ubiquitous and in so many styles of music. I used to hear it in gospel churches, back when I was playing in Lake City, and I’ve heard it in tons of soul songs, country songs and rock songs; it’s a part of American music, culture and sound that I wanna bring into what we’re doing,” says Emerson.

The Savants of Soul not only play music of the era, but they put a lot of time and energy into recreating those sounds –  painstakingly so – maintaining tones and constantly dialing into what each other is playing; effectively, it is with that kind of sentiment, hyper-attentiveness and diligence that the band provides a platform for success, constantly interacting in meaningful ways.

“We cook dinner together. We all hang out afterwards. We make meals for each other. And there’s something to be said about that. You hear about bands who are at each other’s throats. We might get on each other’s nerves when we’re tired, but there’s no group of people in the world that I’d rather be spending a week on vacation with or spending a week on tour with, or sharing a stage with at any point in time,” says Emerson, declaring a familial sentiment, evidently unanimous with the band.

“‘Honey Child’ is a bit of a bonus track from our time recording the self-titled album at Fame. It’s an older song for us, and we were using it as warm-up to get in the right headspace for live tracking. After hearing us mess around, our producer, Vince, walked out of the control room, and told us we really should track it for real, so after a little tweaking, we did. It’s a groovier and swampier version of the tune as compared to our previous release, and I think it’s the definitive version.”