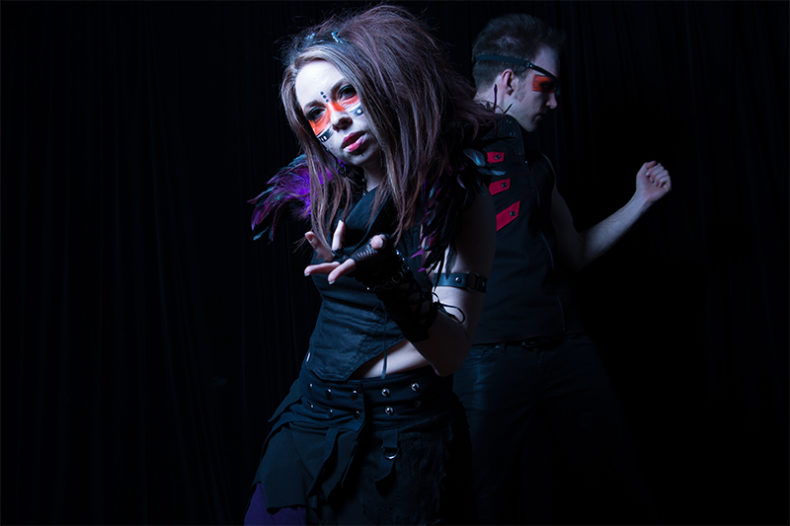 Lorelei Dreaming is the brainchild of Lorelei to bring theatrical electronic music to the stage and digital world. Their live performances are a multi-media experience of expressive lighting effect, atmospheric video manipulation, Lorelei’s engaging stage presence, and of course the music.

After recording and touring with Angelspit in 2015 and 2016, Lorelei teamed up with Angelspit’s Zoog Von Rock to release the debut EP Banshee on 5/1/17. She brings her signature theatricality to Zoog’s haunting beats. The synth-centered [dystopian] future pop will draw you to the dance floor. Lorelei Dreaming is wrapping up work on a new album to be released in 2019.

Themes within the music are often about journeys and transformation, stories of hope, and sometimes darkness. Lorelei Dreaming has shared the stage with such bands as Covenant, The Birthday Massacre, 3Teeth, Ghostfeeder, Caustic, Ego Likeness, & Bestial Mouths

This video is directed by Christopher Davis of Human Twelve. It was largely shot at Medusa Chicago Nightclub, with some filming done at the monthly Darkwave Dance night hosted by Post Apocalyptic Productions every first Friday of the month.

“Parachute of Gold was one of my favorite tracks off the original EP. It has a tongue in cheek story and and the music has a great build up to it. Seeing that song get put to a gorgeous, cinematic music video is kinda blowing my mind!” ~AJ Gapsevic