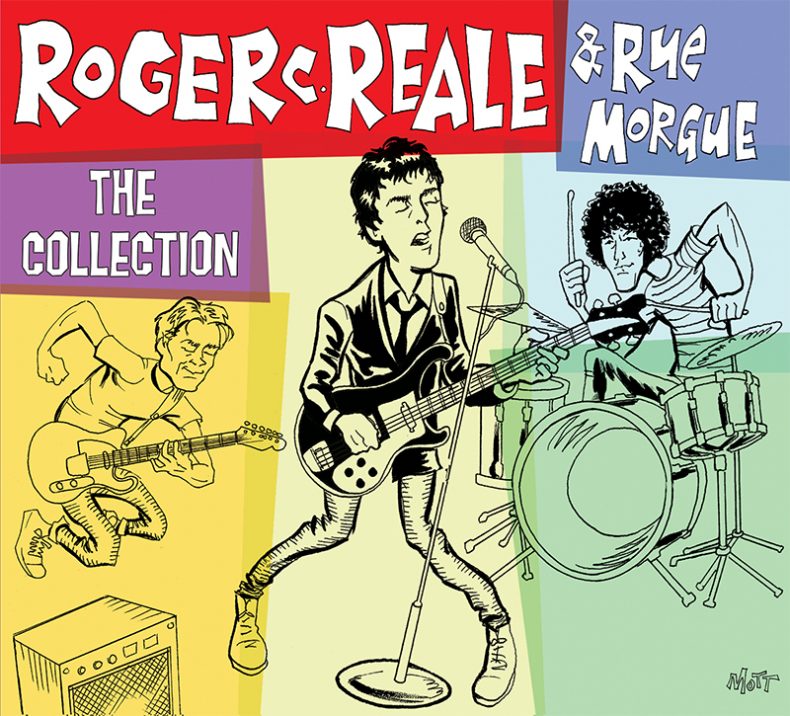 The melodic, driving “Living in Anger” was recorded in 1979, during the height of the new wave and power pop music revolutions. Despite the fact that the song’s most prominent feature is the guitar interplay between Mick Ronson (David Bowie, Mott the Hoople) and Jimmy McAllister (Sparks, The Beckies), “Living in Anger” has sat on the shelf, unreleased, for the past 40 years. It finally sees the light of day this Friday on The Collection by Roger C. Reale and Rue Morgue.

Operating out of New England, Roger C. Reale and his band Rue Morgue managed to release one independent album, Radioactive, in 1978. Inspired by the bands Roger would see live at CBGB during trips to NYC — as well as the brash approach of Stiff Records — Rue Morgue’s first album remains a sonically blistering meld of punk, power pop, and basic rock ‘n’ roll. Billboard wrote upon its release, “If you liked the Sex Pistols and can remember Chuck Berry, Roger has something for you in the way of rock ‘n’ roll.” 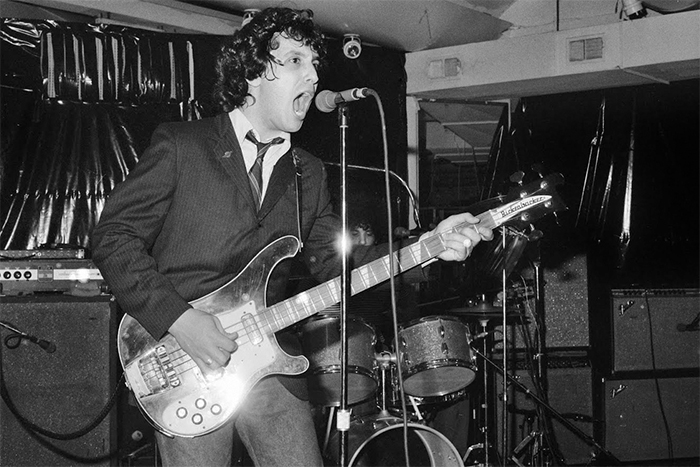 In 1979, the group laid down tracks for a second LP, but the release was derailed when the label dissolved. That dozen tracks — featuring Roger on vocals/bass, Mick and Jimmy on guitars, and Hilly Michaels on drums — are now seeing a long overdue release in two formats. Reptiles In Motion collects the tracks on a vinyl LP, just as the songs were originally intended. Additionally, these tracks are appearing on CD for the first time as The Collection, alongside the dozen tracks originally featured on Radioactive.

“The songs on Reptiles In Motion were continuing in the same vein as Radioactive, although we were going for a slightly more produced sound,” Roger explains today. “‘Living in Anger’ is a song about interpersonal politics, with the lyrics delivered like a conversation you might have with a mate while enjoying a pint. Express an opinion, raise a few questions, and then move on. The opening riff and chorus harken back to a sort of ’50s soul feel, but the bridge is contemporary in feel and attack. Like a lot of my songs, there is no guitar break. Hilly and Jimmy sing backups on a few of the Reptiles tracks, but the vocals on ‘Living in Anger’ are all mine.”

Pre-Order The Collection Via