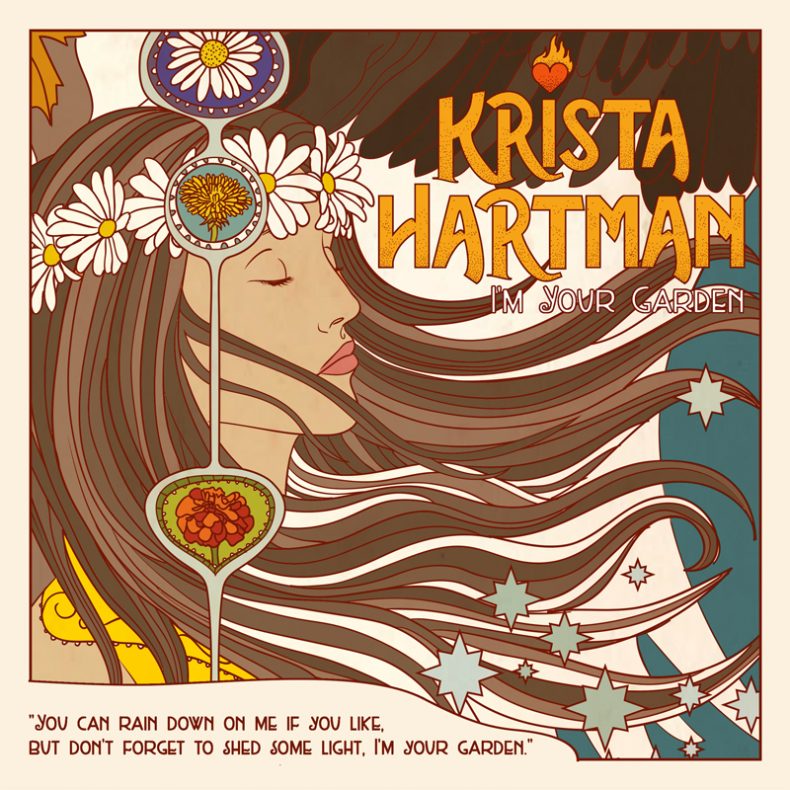 Krista Hartman’s new single, “I’m Your Garden” is a soulful summer song for anybody who has ever struggled to sustain a relationship. It’s about trying to cultivate long lasting love with a partner. Hartman had a few false starts and stops in various Ottawa and Toronto based studios, trying to find the right vibe and producer: “I didn’t want to settle for a record I couldn’t feel, I wanted a meaningful collaboration.” She had been moonlighting in a French rock band and wanted her new sound to have a colour that would align with some of her favourite 60’s French female artists (Marie Laforêt, France Gall, Brigitte Bardot) . “When I first discovered Yeye music, I especially fell in love with the the sound of the vocal production: hot, smoky, loud and sultry and I wanted that kind of vibe, but nobody truly understood how to guide that process.”

Hartman knew her new songs had to pass by someone who had a catalogue she respected. Shortly after Krista Hartman collaborated with Bernard Fraser, from Church of Trees on a single, Bernard suggested Jordon Zadorozny aka Blinker the Star. When she discovered Zadorozny had co-written songs with Courtney Love and produced Sam Roberts, she was certain that he would help elevate her art: “Jordon immediately knew how to help me uncover the sound I was searching for, he was definitely on my wavelength.”

by SPILL NEW MUSIC on September 23, 2020
KRISTA HARTMAN – “MOONLIT MOTEL” A SPILL EXCLUSIVE VIDEO PREMIERE “Moonlit Motel” is an anthemic and spirit driven rock song. It takes the listener on [...]