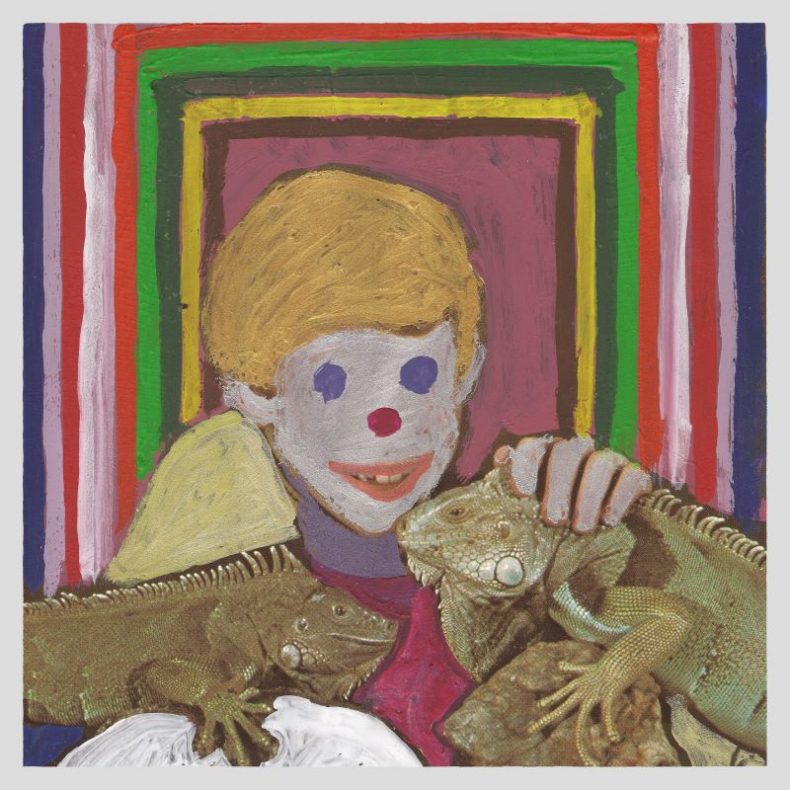 On January 13, 2022, Chicagoan singer-songwriter and multi-instrumentalist Joe Kenkel (of Styrofoam Winos) presents his brand new LP entitled Naturale (via Earth Libraries). Tomorrow, he kicks off the album cycle with the record’s first single, “Sweeping,” along with its accompanying music video.

Where Kenkel’s 2019 solo debut Dream Creator presented his songs in a world of focused grooves which explore an inner dialogue with the self, the ten songs that comprise Naturale run the gamut from his most athletic composition yet — an instrumental pulsing with electronics (“Sudden Returning”) — to his most direct love song yet (“Like A Sweater Unsewn”) — a voice reaching a new plane of tenderness. Naturale reaches outward both lyrically and musically, moving from the head and toward others (in form as well as content, with Collier as a co-producer). However wide they span, the songs are strikingly cohesive byway of Kenkel’s intuitive melodies, confident, casual vocal delivery, and the subtly-layered textures of electronic and acoustic instruments that effortlessly blend and undulate throughout the record.

“Sweeping” is emblematic of such layers, opening with a lo-fi drum machine beat and interchanging guitar and synth melodies swirling into a trance. Kenkel enacts a hypnotic melody by stringing one syllable together at a time, meditating on the daily, domestic rhythms of a relationship: “I / I have seen / I have seen the / I have seen the dust pile up outside your bedroom door.” The circular progression builds upon itself as the lyrics outline the narrator’s willingness to sweep away dust and dander forever — his resolve compounding in momentum until overflowing into a souped-up, noisy guitar outro.

Speaking on the track, Joe wrote:

“‘Sweeping’ is one of five love songs on Naturale. It’s one of the oldest on the album. Originally, it was written and performed as an electric-heavy rock song. It found a new meaning with this nylon-led version, surrounded with electronic elements. Once Ross and I stumbled upon the feel of this song, we chased that direction for the remainder of the album.

‘Sweeping’ is inspired by the mundane acts of kindness that we perform, without huffing and puffing, for those we care for. Acts of friendship and love don’t have to be some grand gesture. They are most often: sharing a meal, giving a ride to the airport, lending a book, sweeping the cat hair from the floor, etc.

It’s an oddball love song inspired by small acts of kindness performed gladly for the ones you love. Love inserts itself into unconscious, mundane acts and can transform even household chores into deep expressions of affection. This expression can be felt in the repetition of the song’s chord progression and expansion of its atmospheric elements.”

Naturale is out January 13, 2022 via Earth Libraries. “Sweeping” is out via all DSPS tomorrow.