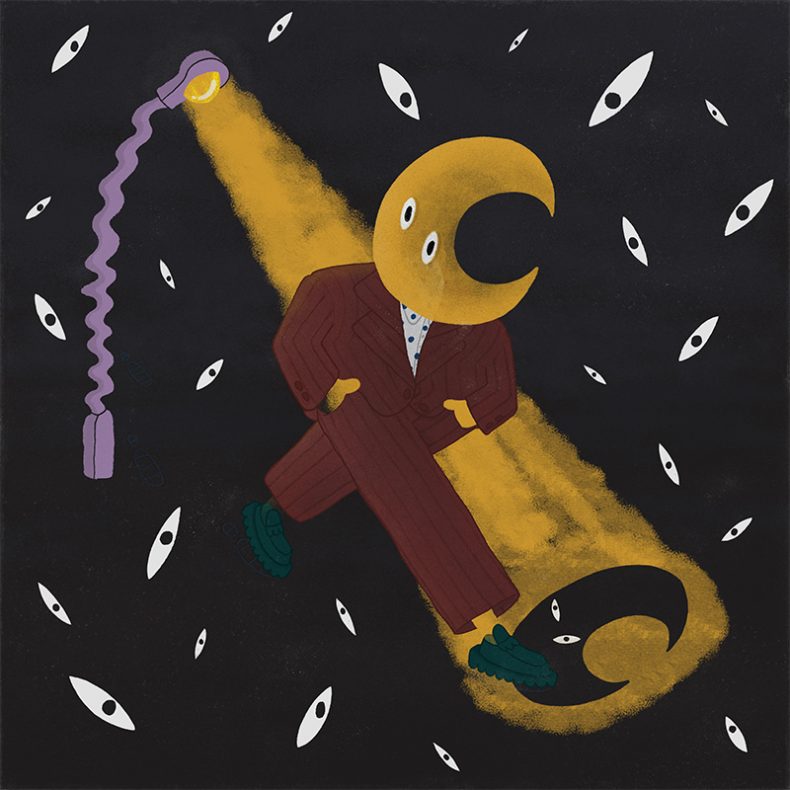 Elbows AKA Max Schieble is a Bay Area-born, Los Angeles-based songwriter, producer, and vocalist, as well as visual artist. On his upcoming debut album, Tales From The Old Mill, he explores the concept of “home” as a physical place, a memory, and a desire through a warbling concoction of psychedelic pop, jazz, hip hop, funk and electronic. He chronicles his return to the Bay Area through tales of missing parents, debauchery in the upper middle class, and a fateful train trip up north. Musical styles swerve between songs, as a 70’s funk groove gives way to a leering 808-filled beat, which leads to a dusty bossa nova loop, while maintaining a unified atmosphere across the record, at once both spooky and whimsical.

The road to The Old Mill began with a literal journey home, as a group of core-collaborators, including engineer/co-producer Alex Pyle (H.E.R., Anderson .Paak), drummer Dillon Treacy (Amber Mark, altopalo), and pianist DanMichael Reyes, traveled with Elbows back to the Bay Area, where they’d record at Studio P, the home studio of his childhood neighbor, Joe Paulino. For Elbows it was important that his friends and collaborators experience the physical places that inspired the songs and stories of the album. The benefits of this destination-recording manifested in the form of spontaneous synth patches from ancient devices, late-night woodland field recordings, and a buffet of percussion collected by Paulino through the years. Recording was completed in New York with other frequent collaborators, including bassist/producer Jachary, trumpeter Linton Smith, and synth wizards Jordy Carrington and Ben Katz (L’Rain). Simultaneously Elbows created Winterlude, a short film of vignettes and music videos inspired by the album themes, and a full illustrated lyric book.

Culled from the same initial album sessions were Elbows’ first two EPs, Corduroy (2017) and Sycamore (2018), both of which served as sonic prologues to Tales. Together the two releases received praise from Bandcamp Weekly, IMPOSE Magazine, Okayplayer, and others.

Elbows has appeared with Grammy Award winner Natalia Lafourcade, Nick Hakim, BENEE, L’Rain, Madison Mcferrin, and others. He has performed throughout the greater east coast and in 2018 made his international debut at Festival OFF de Quebec in Quebec City, Canada.

In 2015 Elbows released his debut single, “Flowers,” featuring Brooklyn emcee, SKRD, and in 2016 opened At The Bottom Of The Well, an audio-visual installation at Brooklyn’s Image Gallery that consisted of paintings, drawings, and an original score. He has also collaborated with Tribeca Film Festival and Complex Magazine as a contributing artist.

Tales From The Old Mill is due out October 27, 2021 on EveryDejaVu Records.

“The Night” is a song about the loneliness that becomes glaringly apparent when day fades to night. When you’re longing for something, whether a person, a place, a time passed, it’s easy to get through the day. It’s the night that’s difficult.

I had been out all day, distracted, doing fine, but as I walked home one October evening, this refrain came to me — “yeah when the night comes, I wish you were here.” It’s always lucky when a chorus arrives naturally, fully-formed. I repeated that refrain the whole walk back, beneath a neon cross, passed this permanently-fogged window full of creepy dolls, and when I got home the rest of the song came out in its entirety – keyboard riff, verses, song structure, even the guitar solo. As we started performing the song live, with my longtime collaborator producer/bassist Jachary on bass, it grew into this disco-inspired groove.

An autumn earlier I had made a screen print, also called “The Night,” that became the inspiration for some of the imagery in the verses. That piece depicted a person with two faces walking through the glow of a streetlight, which later influenced the lines “two faces butting heads” and “two bugs buzzing round the golden street light.” The cover artwork for the single “The Night” is a new version of that piece, updated to incorporate more of the ‘Tales’ iconography, such as the cat eyes leering through the night, glaring in place of stars.