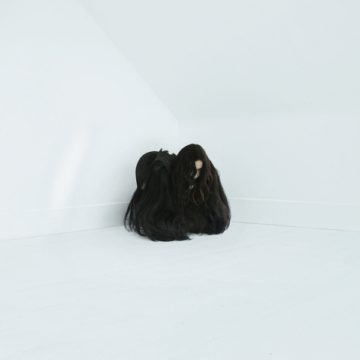 Chelsea Wolfe manages to keep evolving her sound with every new release and that’s more than apparent in her latest effort, Hiss Spun. We’ve heard Wolfe master experimental folk, gothic rock and darkwave and took note of the hints of metal in 2015’s Abyss, but her latest has her diving head first into the realm of sludge and doom metal.

On the album’s opening, “Spun,” we’re thrust right into this new direction with a hypnotic-fuzzy guitar lead and wailing solos later in the track. Chelsea’s vocal performances here are a great contrast to the heavily distorted guitars and bass throughout the entire track listing. Instrumentation and her voice work in tandem to create some goose bump inducing moments like on the closing track ‘Scrape,’ where her angel-esque voice acts as the light that pierces through the noise. You’ll find more of these moments on tracks like ‘The Culling’ where Wolfe serves up a tranquil first half leading us down her thought trail of longing into a powerful second-half. ‘Two Spirit’ opens as a quiet ballad highlighted by menacingly-plucked acoustic strings before rising to a crescendo filled with filthy bass guitar.

Queens of the Stone Age’s Troy Van Leeuwen gives us two great guitar features on the tracks ’16 Psyche’ and my personal favourite from the album, ‘Vex.’ The latter track features some death-metal vocals from Aaron Turner of the band Isis that work surprising well under Wolfe’s ghost-like delivery. The album breathes during the instrumental ‘Strain’ and ‘Welt’ interlude giving us some much-needed rest between the dense soundscapes.

On Hiss Spun, Wolfe tells us of her new transformation. The shedding of her old skin and how she’s growing out of her old ways, out of her teenage ways. This is a personal and powerful record for Wolfe that speaks of her willingness to opening up and of true self-acceptance. Hiss Spun is the culmination of Chelsea Wolfe’s discography and creative direction over the years. It’s truly a joy to listen to and should leave listeners curious to see what direction Wolfe takes the next project in.

The Spill Magazine is a Toronto-based online publication dedicated to covering the independent music scene with a strong focus on our thriving hometown talent. Our writers bring you up-to-date news, in-depth features on musicians and reviews for the latest CD releases. We also travel to the front lines for all local festivals including Canadian Music Week and North by Northeast. Don’t forget to check out our Facebook and Twitter pages for all daily Spill updates.
RELATED ARTICLES
album reviewschelsea wolfesargent house
7.0