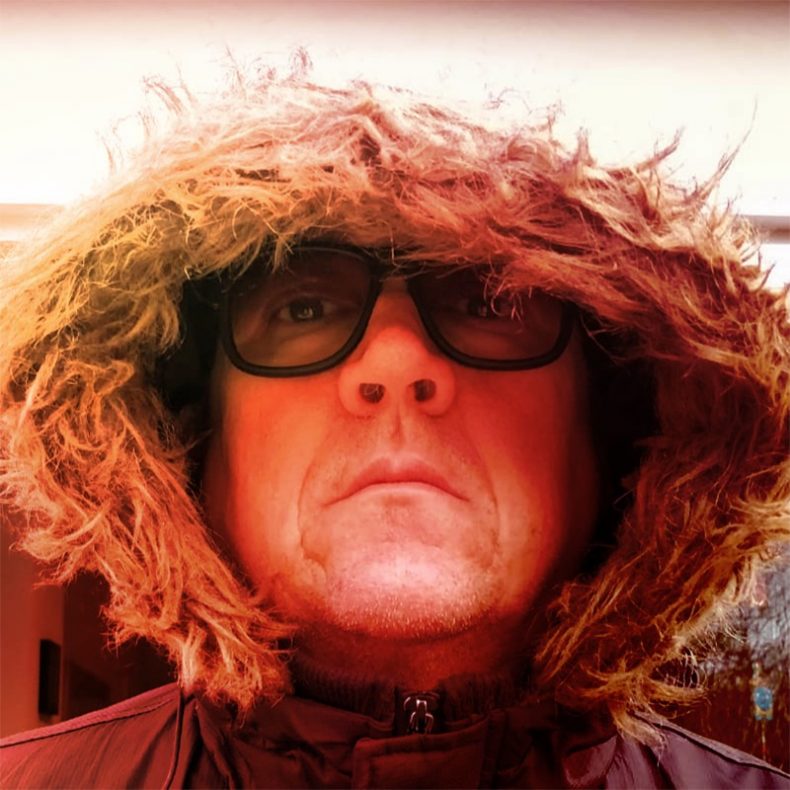 DRAGON WELDING – “THESE ARE DANGEROUS TIMES”

Andrew Golding may have already gone down in the annals of history as a founding member of C86 pioneers The Wolfhounds, but his solo creative output is also a force to be reckoned with. Having recently released his debut album in March 2019 under the moniker (a.k.a. anagram) Dragon Welding, he is already back with the four-track ‘These are Dangerous Times’ EP. Both releases are issued by A Turntable Friend Records.

Today we are pleased to present the title track off this EP. ‘These Are Dangerous Times’ is a resounding reflection on the craziness of today’s worldwide political situation. Already this artist’s material showcases the diversity of his musical capabilities. Nodding to such genres as indie-folk, post-punk and math rock, this music was inspired by The Notwist, Moonshake, Neu! and also, inevitably, The Wolfhounds.

As guitarist, writer and multi-instrumentalist, Andrew Golding has been a part of Wolfhounds since 1984 and has written, played and sung on every Wolfhounds album.Golding’s professionalism, fantasy and top notch performance shine through a prism of uber-creativity to a sonic landing-board of perfection in the eye of this beholder. This is a unique, upbeat trigger to one’s own awesomely soundtracked imagination.

Both Dragon Welding releases constitute a remarkable effort, covering different genres and exploring different moods. The timing for this release is perfect, with The Wolfhounds planning to record their next album later this year.

“Change is essential. Stagnation leads to boredom and that, in turn, leads to frustration. The dilemma, or course, is identifying in advance the things we perceive need to be changed, and what we think those things should be changed into? Should we throw away something that is flawed but functioning in the hope that swapping it for something else, that we can’t yet see, will be better? At the moment, I see a lot of people being presented with brightly painted and colourful boxes that are closed. They look appealing and they may contain treasure. They may, of course, be empty. These are dangerous times,” writes Andy Golding.

Ahead of this, Dragon Welding previewed the lead track ‘The Builders’, an epic six-minute hypnotic sonic sojourn about the gentrification of cities. Andrew Golding himself also animated the accompanying video for this song.

Dragon Welding’s output is largely written, recorded, mixed and edited on mobile devices whilst commuting between Essex, Hammersmith and Los Angeles. Final mastering for these releases was supervised by Ant Chapman (Collapsed Lung and Arndales) with contributions also being made by Alice Golding (The Othyrs and Wolfhounds backing vocals) and son James Golding.

Thee These Are Dangerous Times LP and Dragon Welding EP can be obtained via Bandcamp at https://dragonwelding.bandcamp.com with the full debut album also available on CD at http://aturntablefriendrecords.limitedrun.com/products/635026-dragon-welding-dragon-welding.

Also check out the video for the album’s lead track ‘The Builders’, which Andy Golding animated himself: