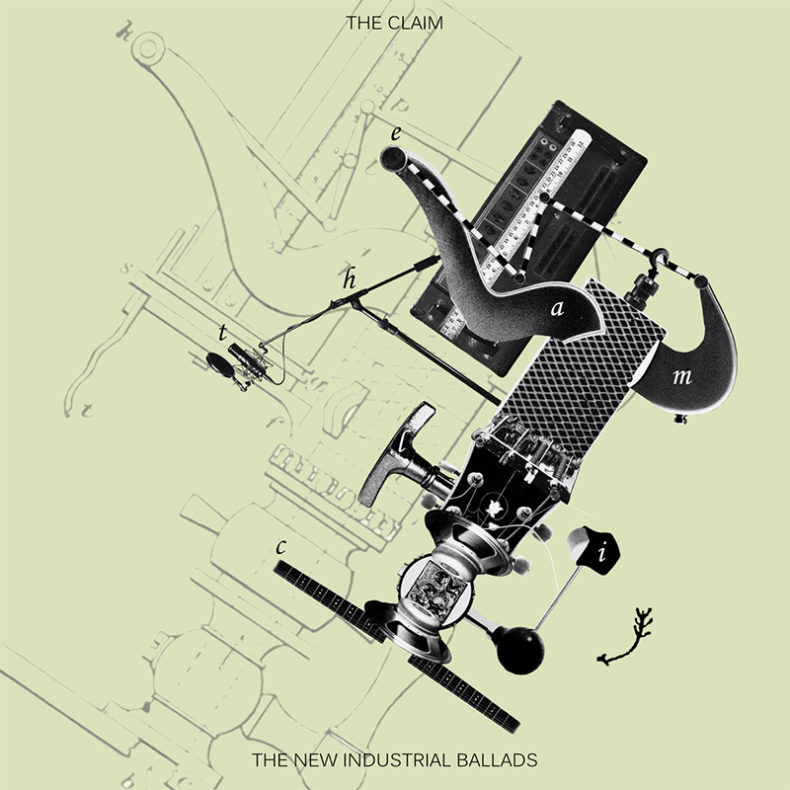 THE CLAIM – THE NEW INDUSTRIAL BALLADS

Today we are pleased to present the premiere of The New Industrial Ballads from British C86 indie jangle-rock stalwarts The Claim. This album, which is being released via A Turntable Friend Records, arrives after a massive gap of several decades for the band, their last material prior to this having been released in 1992. Upon listening to their new material, it would seem that The Claim has not missed a beat since reaching their pinnacle in the early 90s. Their new album is loaded with upbeat, catchy, jangly earworms with lyrics that are full of meaning. ‘Journey’ in particular holds great significance in a Brexit-plagued Britain, hitting close to home for so many people.

The Claim are David Read (vocals/guitar/keyboards), David Arnold (guitar), Stuart Ellis (bass), and Martin Bishop (drums). Hailing from Cliffe in Kent, The Claim were one of the major players in the thriving ‘Medway Scene’, producing mod-influenced pop that seriously influenced on the sound of Blur’s earliest works.

They spent their formative years in Kent, and the two Davids and Martin in a tiny village called Cliffe that was built up around a cement works. Stuart hails from the nearby market town of Maidstone. They learned their craft on the Medway scene, alongside local heroes The Milkshakes, The Prisoners, Wipeout and The Dentists.

The new album was recorded at Jim Riley’s Ranscombe Studios in Rochester, the spiritual home of today’s Medway sound with the studio being used by all local luminaries young and old, including Theatre Royal, Billy Childish, Graham Day, Treasures of Mexico and Glenn Prangnell’s Groovy Uncle. 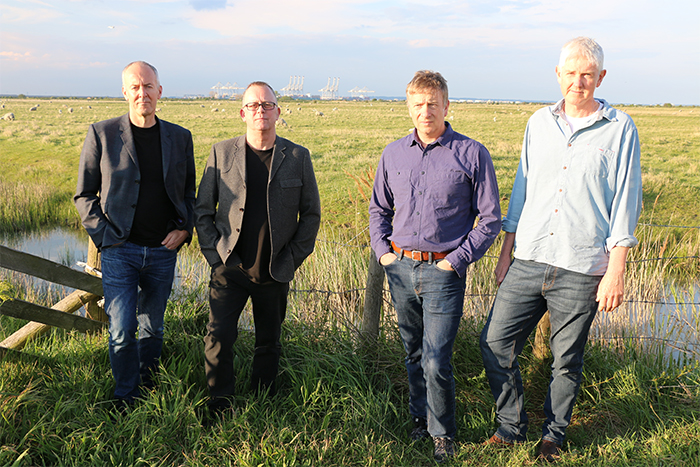 In the group’s earlier period (1985-92) they secured Single of the Week in Melody Maker (Loser’s Corner), got 8/10 in NME for their album (Boomy Tella) and received regular airplay on John Peel and Andy Kershaw. The Manic Street Preachers, who used to write The Claim long love letters, performed their first ever London show supporting The Claim in 1989.

Their new album comes hot on the trail of a special reissue of their seminal album ‘Boomy Tella’ album, available on green vinyl and also CD for the first time. The album was remastered for this limited edition of 300 copies, using the original 1/4 inch tapes. A recent feature in El País, Spain’s biggest selling newspaper, described ‘Boomy Tella’ as the missing link between The Kinks and Blur.

The New Industrial Ballads presents the group’s sound 30 odd years later if they had continued to play and develop, rather than quit. It’s different, it’s interesting but it is still distinctively in the mould that made the group the true pioneers of Britpop in the late 80s and early 90s. This LP is recommended listening for fans of The Smiths, The Jam, early Blur, The Kinks, The Dentists, The Prisoners and The Jasmine Minks, with whom they recently gigged in London. Standout tracks on this LP include ‘Journey’, ‘Smoke and Screens’, ‘The Haunted Pub’, ‘Light Bending’, ‘30 Years’, ‘Mrs. Jones’ and ‘Under Canvas’.

The idea behind The New Industrial Ballads is to celebrate the noble tradition (the lineage of which runs through folk, ballads, skiffle, the Kinks, to punk and beyond) of ordinary people singing about everyday concerns and the issues of the day that impact on working lives. We can highlight three quick examples. ‘Journey’ is about economic migration, the characters involved, the need to fight passionately for a fight the right of all to move to work. In ‘Estuary Greens and Blues’, David Read reflects on the passing years and a changing industrial landscape as he walks the shore of the Thames estuary. ‘30 Years’ is a collaboration with writer Vic Templar, who narrates a poignant and prescient tale contrasts mankind’s inability to progress politically and spiritually with technological advances (a follow-up to The Claim’s cult classic ‘Mike the Bike’, released on Bob “Saint Etienne” Stanley’s Caff label in 1990).

This 14-track record is available digitally, on gatefold CD (with lyrics) and on black vinyl (with lyric sheet), with a special blue-green vinyl edition also exclusive to Rough Trade and Bandcamp orders. It will also be distributed worldwide via SRD (Southern Record Distributors) in London.

Also check out the band’s new video for “Journey” and a classic track from the 80s.

The Claim
The New Industrial Ballads
(A Turntable Friend Records)
Release Date: May 24, 2019

Pre-Order The New Industrial Ballads Via