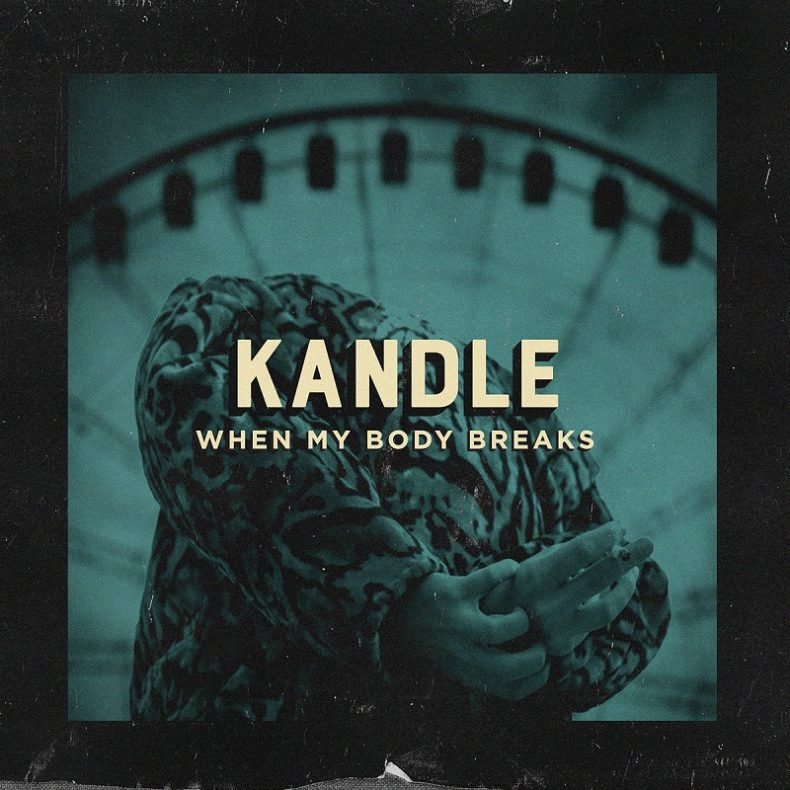 KANDLE – “WHEN MY BODY BREAKS”


Kandle is the solo project of Victoria BC native Kandle Osborne, a songstress whose elegiac and moody brand of singing and songwriting reflect a maturity well beyond her years. Having grown up in a richly musical family, Kandle’s artistic nature became evident early on in her study of photography and her love of music. In her late teens she formed the group The Blue Violets with her sister Coral and friend Louise Burns. It was then that she fell in love with songwriting and slowly conquered stage fright, playing guitar in the shadows before being able to focus on her own solo material.

Kandle met her musical partner and co-producer Sam Goldberg Jr, (Broken Social Scene, Yardlets) in 2010, after he approached her to take press shots for one of his musical projects; she agreed, on the condition that he play on some songs she had recorded. Goldberg found himself locked in a basement studio for days working with Kandle, recording guitar and bass, the two of them naturally complementing each other in weaving together a somber, haunting world of longing vocals and dark, eerie guitar lines. Produced by her father, 54-40’s Neil Osborne, Kandle’s debut EP was released to critical acclaim in 2012, following her decision to move to Montreal. With this move, Kandle found herself living closer to collaborator Sam, and to Montreal’s vibrant music scene. The move also found Kandle stepping outside of her comfort zone, leaving behind the relative safety and familiarity of her musical upbringing in Victoria to become a self-reliant artist. Much to Kandle’s surprise, she and Sam quickly formed a band (The Krooks) with some of Montreal’s most credible musicians : Jason Kent on bass, David Deiäs on drums and Félix Dyotte and Tim Fletcher on guitars and keyboards.

Following the EP’s release, Kandle and the band embarked on tours throughout Europe and Canada including shows at CMJ, Osheaga, Pop Montreal and M for Montreal. Kandle spent much of 2013 recording her debut full-length album, which was co-produced by Neil Osborne and Sam Goldberg Jr. The album “In Flames”, released in March 2014, features first single “Demon”, an eerie rhythmic chant-like song, released in October 2013, alongside a video as powerful as the song itself. Along with the album release, 2014 presented Kandle and the band with an opportunity to showcase the band’s full potential across North America and Europe.

Trish Melanson lives in the Toronto area with her three boys, Nicholas, Justin, and Eric, her dog Jakkson, and her cats Max and Jagger. She is the former host and producer of Canadian Kickass, a weekly two hour radio show on New Jersey's Chestnut Radio, showcasing Canadian Music. She is also a former Web Content Manager of Indie Soundscapes, an online showcase for Independent Music Artists Worldwide, and was a regular music contributor to The Stroumboulopouli. She is a fervent supporter of the Toronto live music scene. In a past life she was a teacher and Vice Principal in Durham Region. She has many more new and exciting projects waiting in the wings. ;)
RELATED ARTICLES
bluesindiekandle
7.0