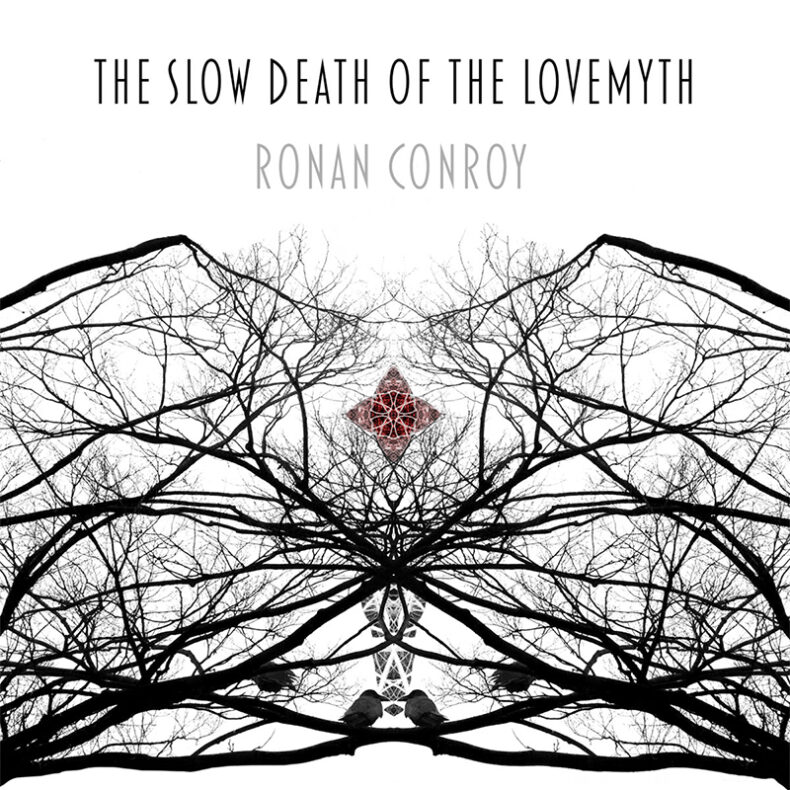 RONAN CONROY – THE SLOW DEATH OF THE LOVEMYTH

Today we have the pleasure of presenting the new album from Irish artist Ronan Conroy, who relocated to New York City a good number of years ago and has since become entwined in the megapolis’ busy and bustling music community through myriad projects. While he has also continued to release his own music as a solo artist over the years, this new album sees him embark on a new dark and lush musical trajectory.

There’s a lot to be said for music that takes you to an introspective place and when that music is dark but still leaves you feeling good after listening, additional kudos should be given to the artists. Such is the case with the new album from Ronan Conroy. Titled The Slow Death of the LoveMyth, this collection of tracks involves a hugely creative team of folks – indeed a wise decision, making for some impressive output. Each of them make a notable contribution – this album holds together very well as a result.

Since 2013, Conroy has immersed himself in this ‘Lovemyth’ project, this work culminating this album, influenced by the 80s/90s goth bands he grew up listening to, as well as ethereal darkwave bands he would be introduced to later.

Growing up in a musical family in Dublin, Conroy was exposed to an array of musical influences, ranging from new wave and post-punk to David Bowie, Johnny Cash, Elvis and Abba. His world changed at 15 when his mother loaned him her nylon string guitar and taught him a few chords, instantaneously unlocking a whole new world of songwriting. Years later, he would release two albums with Brooklyn’s The Listeners and go on to perform with gothic dreampop band Oh Halo on guitar and backing vocals from 2011 to 2014, during which time he released one album with them.

The full album will be available digitally via Spotify, Apple Music and Bandcamp, where the full album can already be ordered at https://ronanconroy.bandcamp.com/album/the-slow-death-of-the-lovemyth

Also enjoy the two aforementioned HYPNODOLL videos in support of this album: