Track Of The Day
1
231
previous article
SPILL ALBUM REVIEW: THE TILLERS - THE TILLERS
next article
SPILL FEATURE: QUITTING IS NOT AN OPTION - A CONVERSATION WITH ANTHRAX DRUMMER CHARLIE BENANTE 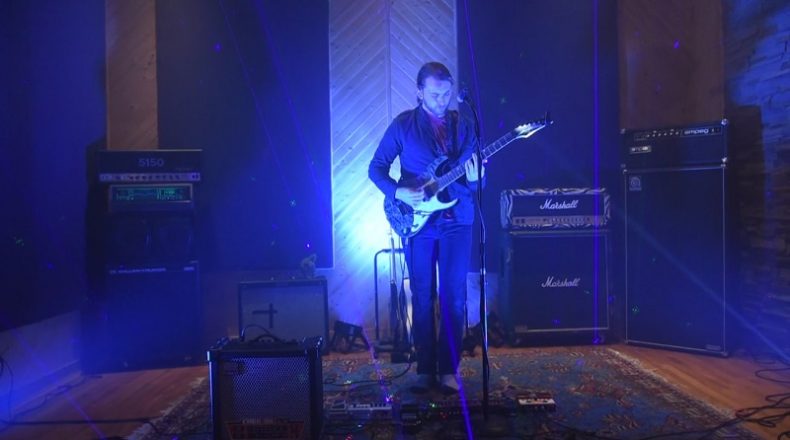 DYLAN HENNESSY – “BLINK OF AN EYE”

“Writing Blink of an Eye was a long process, but ultimately rewarding. Sometimes songs will come out all at once, but this was one I kept on coming back to for a number of months before finally finishing. Sometimes that’s the way it goes when I write a longer piece like this one. It takes heavy influence from Infected Mushroom’s “Psytrance” sound and adds some heavy riffs and metal leads. I thought the psychedelic soundscape of the song lent itself well to writing about the passing of time, and the phenomena of feeling like time is speeding up the longer we’re around. I feel like sometimes we can get so caught up in yearning for the simplicity of the past that it actually accelerates how fast we feel like our lives are going by, and the only way to get the most out of your time here is to enjoy exactly where you’re at at that moment.”

You can catch Dylan Hennessy live Thursday, March 29 at Lee’s Palace in Toronto for the Mind Over Matter Launch Party.

Dylan Hennessy is a Toronto-based solo artist who’s obsession with a broad range of music has lead him to a destination he describes as a “one-piece progressive rock band”. As a graduate of Seneca College’s “Independent Music Production” program, he is a versatile musician, spanning an array of instruments in a variety of genres, with his show centering around original looping arrangements done a little heavier than you might expect.

This past year, Dylan’s looping abilities have taken him to some of Toronto’s most recognizable stages (Yonge-Dundas Square, MOD Club, The Phoenix, Horseshoe Tavern), countless independently organized showcases and festival performances, won him a flight to Israel, landed him a 5 show run in Manchester for Indie Week Europe, and have taken him all the way to the 2017 Indie Week Canada Finals.

Dylan incorporates a wide array of tones and effects, and as much influence from as many styles as he can into his own creations. He tries to “make a guitar and vocal sound like as many things as possible”. With elements of rock, folk, metal, electronic, and sometimes highly technical and unconventional guitar playing, Dylan is truly a one man powerforce. When not on stage, you can find Dylan working at Long & McQuade. He’s constantly gigging in clubs, busking downtown and supporting his local music scene as much as he can. You can find frequently updated material on his Facebook and YouTube page.

Trish Melanson lives in the Toronto area with her three boys, Nicholas, Justin, and Eric, her dog Jakkson, and her cats Max and Jagger. She is the former host and producer of Canadian Kickass, a weekly two hour radio show on New Jersey's Chestnut Radio, showcasing Canadian Music. She is also a former Web Content Manager of Indie Soundscapes, an online showcase for Independent Music Artists Worldwide, and was a regular music contributor to The Stroumboulopouli. She is a fervent supporter of the Toronto live music scene. In a past life she was a teacher and Vice Principal in Durham Region. She has many more new and exciting projects waiting in the wings. ;)
RELATED ARTICLES
dylan hennessylee's palacelive looping