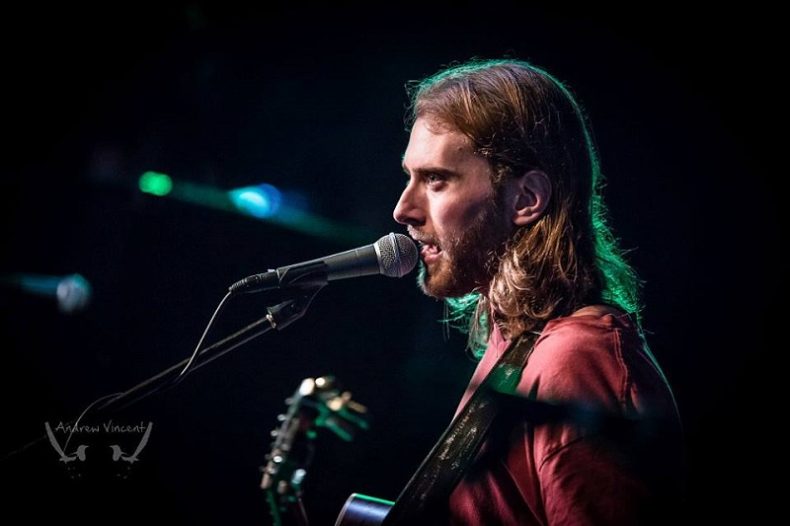 Wait a minute.. you haven’t heard him yet? Prepare to have your mind…..blown.

One of this year’s Indie Week finalists, as well as a recent guest on Jeff Woods Radio “Records and Rock Stars”, today’s Track of the Day pick needs no further introduction.  “Battle of Aleppo”, a Dylan Hennessy original, is today’s TOTD.

Dylan Hennessy is a Toronto-based solo live-looping artist whose obsession with music has led him through a one-man band adventure. As a graduate of Seneca College’s “Independent Music Production” program, he is a versatile musician, spanning a wide variety of genres with his show centered around witty looping arrangements and unconventional original pieces.

n the last year, Dylan played some of Toronto’s most recognizable stages (Yonge-Dundas Square, The Opera House, The Phoenix, Horseshoe Tavern), as well as many independently organized showcases and festival performances. 2016 was a big year for Dylan, as his looping abilities took him international, winning a trip to Israel in a talent competition. During this trip, he travelled to the UK to play a five show run in Manchester for Indie Week Europe.

Dylan incorporates a wide array of tones and effects, and as much influence from as many styles as he can into his own creations. He tries to “make a guitar and vocal sound like as many things as possible”. With elements of rock, folk, metal, electronic music and unconventional guitar playing, Dylan is truly an eclectic variety act. These days, he’s constantly gigging, busking downtown and supporting his local music scene as much as he can. You can find frequently updated material on his Facebook and Instagram.

“I’m really proud of this one. Taken from a live off the floor recording, “Battle Of Aleppo” was piece I wrote right as the horrific battle was coming to a close. Many hours of research, writing and video production have gone into this and I hope you enjoy the end result. If you want to help the families affected by the war, please visit the Red Cross.

Trish Melanson lives in the Toronto area with her three boys, Nicholas, Justin, and Eric, her dog Jakkson, and her cats Max and Jagger. She is the former host and producer of Canadian Kickass, a weekly two hour radio show on New Jersey's Chestnut Radio, showcasing Canadian Music. She is also a former Web Content Manager of Indie Soundscapes, an online showcase for Independent Music Artists Worldwide, and was a regular music contributor to The Stroumboulopouli. She is a fervent supporter of the Toronto live music scene. In a past life she was a teacher and Vice Principal in Durham Region. She has many more new and exciting projects waiting in the wings. ;)
RELATED ARTICLES
dylan hennessylive loopingprogressive metal