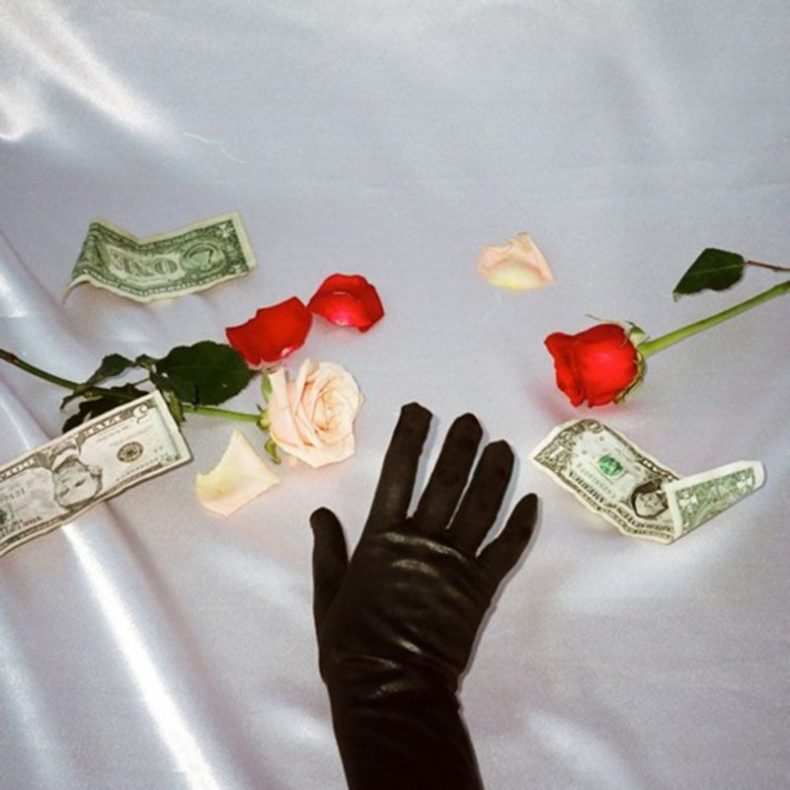 Led by Kiev-born singer/guitarist Annabelle Lee and featuring Jimmy Tony Rowlinson (Dilly Dally) on bass, Denholm Whale (Odonis Odonis) on drums, and Alejandro Cairncross on guitar, the band are newly signed to Buzz Records, who will release their EP, Rats In Paradise, on October 14th.

Building on her work in her previous project, Mexican Slang, Lee began conceptualizing Peeling in the summer of 2015, writing the songs that would make up their first EP before recruiting her bandmates and recording at Union Sound Company (Metz, Fucked Up) in December of that year. Exploring themes of sexuality, death, consumerism, religion, and mental illness, Lee describes the EP as being fundamentally about conquering fear. “It’s about shedding past traumas, transcending pain and finding a way out” she says. “It’s too easy to become disillusioned, I want to create catharsis and release.” 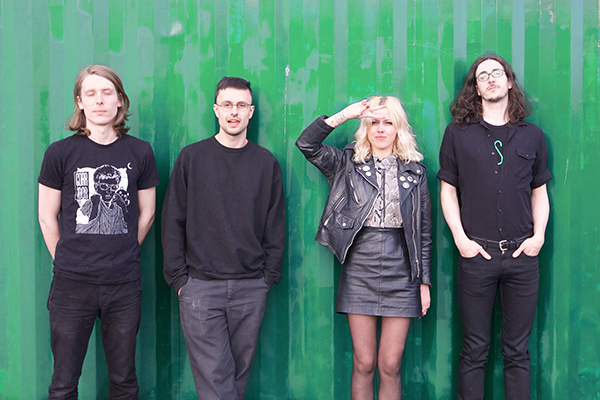 Expanding on the bruising post-punk of the EP’s first single, “Leisure Life,” which premiered earlier this month on Noisey, “Magic Eye” builds around a slinking bass line and Lee’s drawling vocal, crescendoing in a gauzy haze of intertwining fuzzed out lead guitar, recalling acts like Swell Maps, Royal Trux, and 13th Floor Elevators, and directly influenced, as Lee tells FADER, by the work of The Birthday Party guitarist, Rowland S. Howard.

“‘Magic Eye’ is about sex positivity, feeling lusty and getting it on,” says Lee. “I was listening to a lot of Rowland S. Howard and old Japanese psych when I came up with the bass line, inspired by their super dark and sultry tones. Writing the rest of the song was just building over that repetitive groove until it climaxes at the end.”

In support of the EP the band will be embarking on their first North American tour, which will include dates with Preoccupations, Death Valley Girls and Muuy Biien. Full details can be found below.

Rats In Paradise will be out on Buzz Records on October 14th. It is available for purchase here.

* with Death Valley Girls
# with Duchess Says
^ with Preoccupations
! with Muuy Biien

SPILL TRACK OF THE DAY is published daily, showcasing the best in recent independent releases, with a focus on the Toronto Indie Music Scene. We also feature tracks from across Canada and around the World, including Canadian francophone releases. Remember -- you heard them here first. ;)
RELATED ARTICLES
buzz recordsdeath valley girlsdilly dally