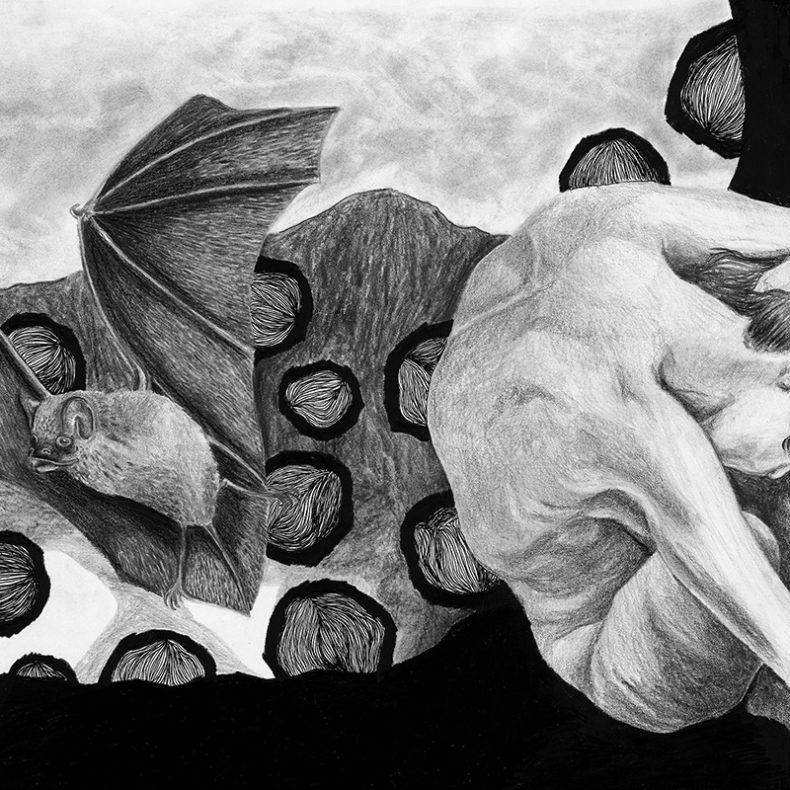 CASPER SKULLS PREMIERE “COLOUR OF THE OUTSIDE” VIDEO

It’s been an exciting 6 months for Casper Skulls in the wake of the release of their debut LP Mercy Works. The album, which was released on Buzz Records last November set the Toronto band on months of touring across North America, sharing stages with the likes of Land of Talk, Weaves, Charly Bliss, And The Kids and Shame.

Casper Skulls are currently wrapping up a West Coast tour, and just finished a KEXP session where the band  premiered the video for “Colour of Outside,” a track from their debut. It’s the second new video from the band in two days, following their Audiotree session which premiered April 25th, and according to Casper Skulls’ Neil Bednis, was filmed in the basement of a copy center in his hometown of Sudbury, Ontario, a setting that resonates with the song’s dystopian themes.

Lyrically “Colour of the Outside” was a real collaborative effort between Melanie and I,” Bednis says. “We wanted to depict a dystopian future; a feeling of helplessness and anxiety. Once we actually started performing the song we realized that the song more so depicts the time we’re living in now.

“The video for the song was completely Shawn Kosmerly’s brainchild. We drove up to our hometown in Sudbury, Ont. and filmed the video in the basement of a copying center. Shawn reflected how we wrote the song by having the first half being shot in what appears to be some sort of weird room and then cutting to the reality in which we’re just in a warehouse. He did a bunch of cool things like the first shot which is a curtain filmed super close up with weird lighting or in the bridge taking a piece of broken glass and passing it in front of a mirror creating a cool split screen/moving motion.”

Casper Skulls’ Mercy Works is out now on Buzz Records.  It is available for purchase here.

by SPILL NEWS on July 12, 2019
GREAT LAKE SWIMMERS ANNOUNCE MORE SUMMER TOUR DATES THE WAVES, THE WAKE OUT NOW VIA NETTWERK Having just completed a run of dates throughout Canada in June, the JUNO Award nominated and Polaris Music Prize shortlisted Great Lake Swimmers are [...]

by SPILL NEWS on November 8, 2018
NATIVE SUN SHARE “11th STREET” TRACK ALWAYS DIFFERENT, ALWAYS THE SAME EP OUT 11/9 ON PAPERCUP MUSIC “The track speaks to our acquaintanceship with memory. Living in our current urban landscape…places go down as fast as [...]

by SPILL NEWS on October 23, 2018
REUBEN AND THE DARK BRING ‘ARMS OF A DREAM’ TO TORONTO ON NOVEMBER 14 NEW ALBUM, ARMS OF A DREAM, OUT NOW VIA ARTS & CRAFTS On the heels of a successful stint of U.S. tour dates and summer festival stops at Field Trip, [...]