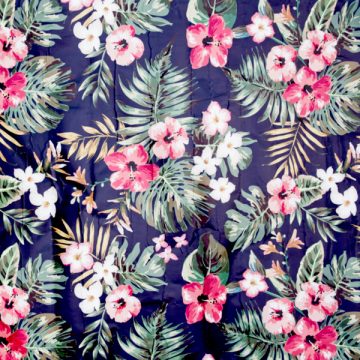 Greys swiftly re-emerges with Warm Shadow, the surprise sister album to its acclaimed sophomore release Outer Heaven. The Toronto-based quartet has graced fans with an instrumental-heavy companion piece comprised of atmospheric songs transcending its traditional sound, which can best be described as loud Rock. Composed while working on Outer Heaven through studio experimentation and manipulation of tape drones, Warm Shadow exists as the parallel to its precursor’s clear-cut sound, sending the otherworldly essence that was alluded to on Outer Heaven to the forefront. Songwriter and lead vocalist Shehzaad Jiwani expels an overall soft tone, while remaining true to his Punk roots through tracks like “UberEats,” giving off vibes reminiscent of Billy Lunn of The Subways.

Intertwining masterful arrangements to create dynamic soundscapes through various collages emulating the contrasts that exist within the band itself, Warm Shadow embodies both minimalism and elements of Grunge. While its predecessor had a stronger lyrical presence tackling broad topics such as mental health issues and political controversies, Warm Shadow remains micro and abstract while still touching on social disarray. The album’s first track, “Minus Time,” reflects on Jiwani’s spiritual connection to his grandmother. “Fresh Hell,” inspired by Jian Ghomeshi’s acquittal and Rob Ford’s death, discusses institutional oppression.

Tranquil interludes and loud outros mixed in with cool instrumentals create the perfect blend of contrasting elements. The closing track, “Outer Heaven,” sounds like it was created for the soundtrack of a movie about time travel, taking listeners on a journey through an alternate reality with an ethereal ambiance. The experimentation on this album illuminates a new world open to Punk bands who want to push traditional boundaries of maintaining a tight sound. Communicating different stories through opposing soft and loud tones, Greys is masterfully traversing new territory within the Rock scene. Like wine, this band gets better with age.

Emily is a sociology student at McMaster University with a passion for social change, focused on issues surrounding gender equality and societal mental health. She believes that music, whether going to concerts or listening alone, is the best way for people to feel connected. After abandoning her small-town roots for opportunities in Toronto, she intends to merge her two loves of writing and music in the hopes of satiating her wayward soul. Follow her on Twitter at @emmniic18.
RELATED ARTICLES
album reviewsbuzz recordscarpark records
8.0