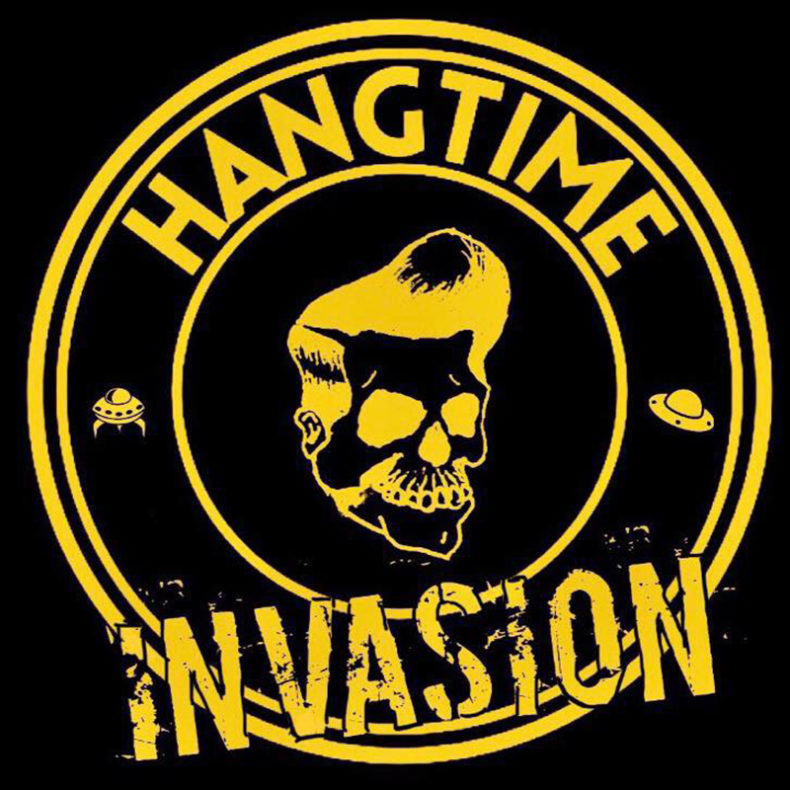 They refer to themselves as “Melodic Punk”.

Although, over the years, the classification of Hangtime’s genre has been often labeled as Punk Rock, Pop Punk, Power Pop, Alternative/ Indie Rock or just plain Brutal Blackened Death Metal. Whatever you feel it is, that’s what it is. “Invasion” (March 1, 2019) is Hangtime’s third release and their first E.P. It contains 6 songs of aggressive “Canadian Melodic Punk Sweetness” (there ya go!). This is truly just a sample of what is yet to come from these 4 Toronto pop punk veterans. The collection of finished material that is actually ready and waiting to record is ridiculous.

“We have at least 2 more full albums of great songs that need to be recorded and released ASAP, but these first 6 are the ones that got the nod to be on the new E.P. We’re not exactly young punks anymore and we just want to write good songs, record and release the albums as soon as we can, no more waiting around for the right time.”

Hangtime are no strangers to Toronto’s music scene, with 2 members (Rick Burns and Warren Gregson) of 90’s pop punk band Shortfall as well as (Dan Scicchitano and Enzo Suppa) having been part of several long-time local bands. 2019 is looking like a turning point for Hangtime. After countless shows in 2017/18, a full length album Invictus Melodious (Dec 2017) and now the release of their Invasion E.P. (March 1, 2019), their schedules are jam packed, and Hangtime are ready to hit the road until at least the fall when they plan on recording yet again!