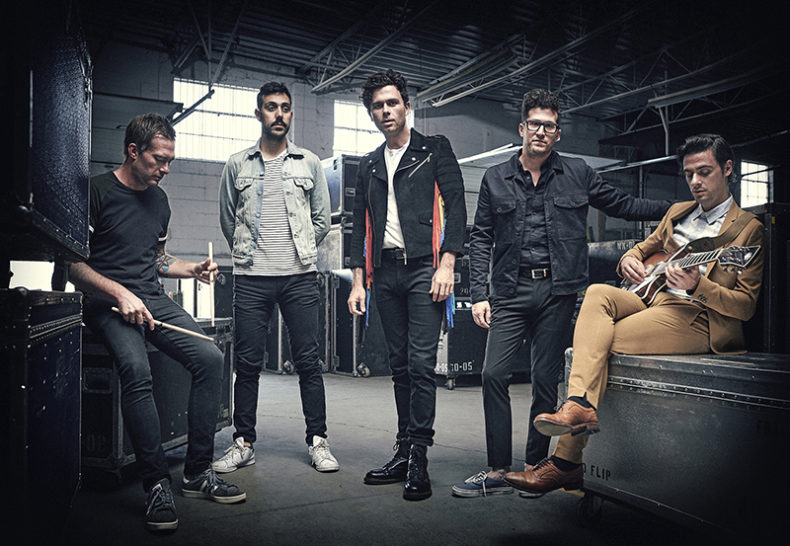 Scotiabank Arena and Arkells are partnering together with New Circles Community Services to ask fans attending the concert on Saturday, February 16, to take part in a clothing drive for New Circles Community Services. Prior to the show, fans are encouraged to bring one (1) item of good quality winter clothing to designated donation stations around the arena. Donation stations will be placed in the Galleria (Gate 1 entrance) and Maple Leafs Square (Gate 6 entrance) with volunteers available to assist fans.

“We are thrilled to be working with Arkells and to show our support to New Circles Community Services,” said Melissa Bubb-Clarke, Vice President of Music and Events at MLSE. “We are so excited to have Arkells headline their first show at Scotiabank Arena, it has been incredible to watch their continued success over the years.”

Scotiabank Arena has a tradition of welcoming artists to the venue by creating elaborate custom gifts. In this case, Scotiabank Arena is honoring the Arkells with this donation to the charity of their choice. The venue was inspired by the Arkells’ recent album release event for “Rally Cry,” where the band took part in a clothing drive on its release day. Working with the band highlights their recent efforts and helps bring this initiative to a larger scale in Toronto. 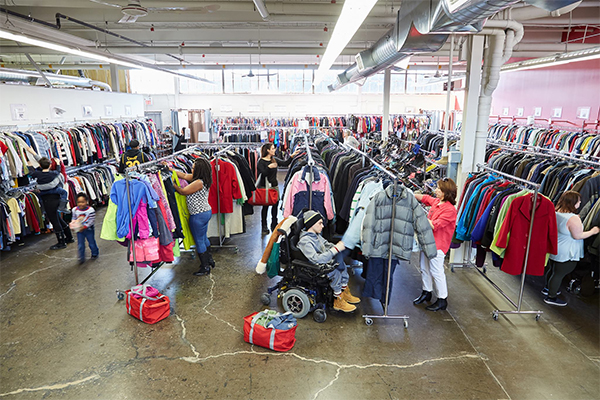 “We’re in the middle of our cross-Canada tour, and – this isn’t news – but it’s COLD out there. Toronto in particular has been in a deep freeze and Arkells are thankful to partner with our friends at New Circles and Scotiabank Arena to collect and distribute warm clothes to our neighbours that need it the most,” said frontman Max Kerman. “Much love to the incredible staff at New Circles doing the heavy lifting year-round and thank YOU for your generosity.”

All clothing will be donated to GLOW (Gently Loved Outfits to Wear), a unique clothing bank operated by New Circles Community Services, which is dedicated to helping newcomers and economically vulnerable families meet their basic need for clothing. New Circles works hard to help individuals and families overcome employment, language, and social barriers so they can successfully integrate into the community.

“We are so grateful to be partnering with Arkells and Scotiabank Arena on this drive. Arkells bring such a spirit of caring wherever they go, and it is wonderful to be included in their Toronto stop. On behalf of the thousands of families who will benefit from this initiative, we say “Thank you for keeping Toronto warm!” said Diana Gibbs, Manager of Resource Development for New Circles.

Tickets for the February 16th concert are available for purchase at Scotiabank Arena Ticket Office, online at ticketmaster.com, all Ticketmaster locations, or charge by phone at 1-855-985-5000

SPILL NEWS strives to keep our readers up to date with news and events in the music industry. We keep you informed of the most recent information regarding new releases, tour dates, and information items about your favourite artists.
RELATED ARTICLES
arkellshamiltonlord huron