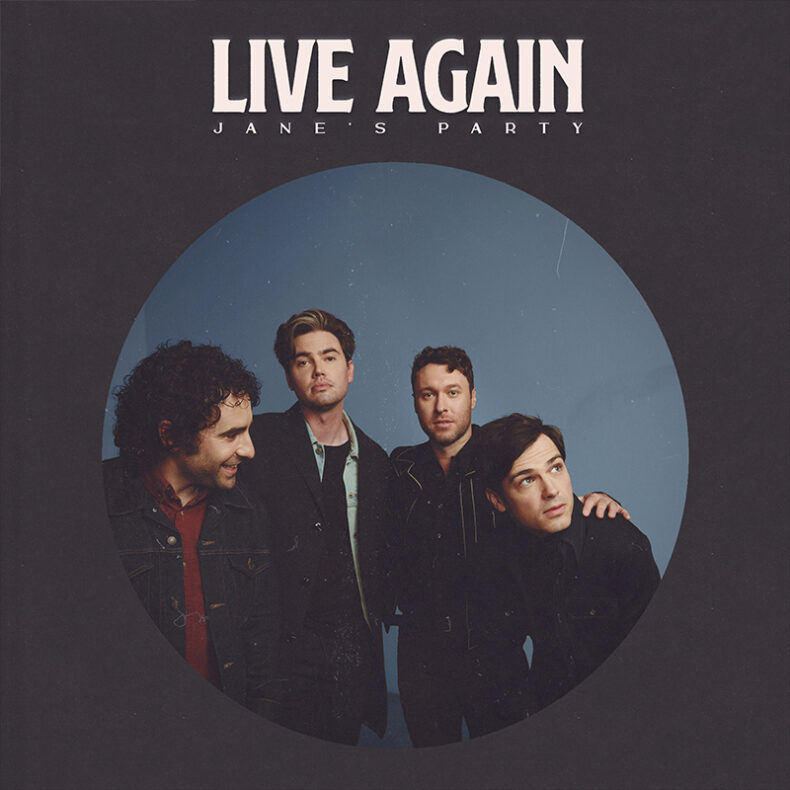 Beloved rock quartet Jane’s Party – whose viral track “Daydream” has now appeared in 52K+ TikTok videos – unveil new single and whimsical video “Days of My Youth” from their upcoming album, Live Again out August 12. The endlessly catchy LP features guest spots from The Sheepdogs and BROS frontman Ewan Currie, indie pop innovator FRANKIIE. The album is produced by Carlin Nicholson and Mike O’Brien from popular indie outfit Zeus, who bolster their production work with guest performances of their own.

“It’s funny how the pendulum swings even in songwriting,” says JP guitarist and vocalist Tom Ionescu of the new single. “For the longest time I was looking to get real deep and write from some of the darkest and emotional places. Then after a while you get so damn bummed out that the greatest, most true-to-yourself kind of song you can write is something humorous, silly and utterly inconsequential. And that just feels like the greatest release of all. ‘Days of My Youth’ is one of those songs.”

Lead single “Live Again” continues its rise up the radio chart, and is now a Top 40 alternative single in Canada and was featured on massively popular playlist curator alexrainbirdMusic’s July 2022 playlist. The track also hit #23 on the U.S. commercial specialty radio Sub-Modern singles chart with JP notably being the only self-released band on the chart. As JP vocalist and bass player Devon Richardson explains, “‘Live Again’ started off as a very small personal song about picking up the pieces of your life and moving on after a loved one has passed. But being in the studio recording it as the pandemic was raging sort of expanded its meaning. All of a sudden we were all slowly picking up the pieces of our pre-pandemic life and having to learn to get outside and live life again.” 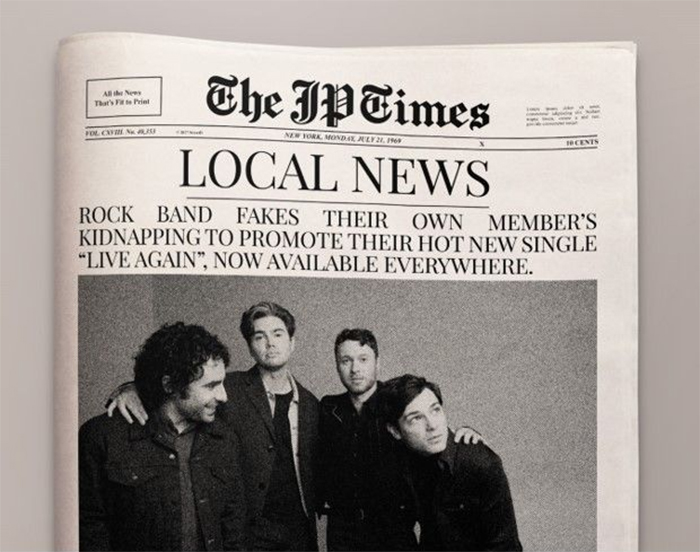 Jane’s Party’s refreshing creativity extends far further than their music alone. The seasoned band’s Spotify streams have jumped from 20K to over 1.6M since they first teased fans in their “Live Again” lyric video that Richardson had been taken hostage by kidnappers. Through a blackout on their online platforms, which the abductors had ‘hacked’, fans found demands to be met in exchange for his safe return: 1 Million streams on the new single, 100,000 new YouTube subscribers, and a dozen chocolate glazed donuts. The official music video later revealed the true culprits of this mastermind operation—Jane’s Party themselves. Tom Ionescu elaborates, “The music video was an exercise in world building. Beginning from the ‘simple idea of burying a band member alive’, the concept grew branches to include a cast of psychotic kidnappers and a social media campaign full of side-performances, remixes, and short bits all tying back into the original concept.”

Jane’s Party notably co-wrote and produced “Storm” on Shad’s album, TAO, which has earned a coveted spot on the 2022 Polaris Music Prize Short List. When asked about his time playing guitar in Shad’s band, Ionescu shared, “It was a really cool experience – getting a glimpse into Shad’s approach to writing and performing music that’s quite different from what I was used to. We were in the van getting to a show one day and listening to some hip hop tune he liked, and he said something like, ‘Oh yea, that’s such a great nonsense rap. It’s awesome that it’s just a bunch of words and lines that sound cool together’. Considering that I’d spent so much time trying to write from a deeply personal place, this idea that nonsense lyrics could be amazing struck me as absolutely revolutionary.” Learn the story behind the song, along with a deep dive into its construction on their YouTube channel. Listen to “Storm” on Spotify.