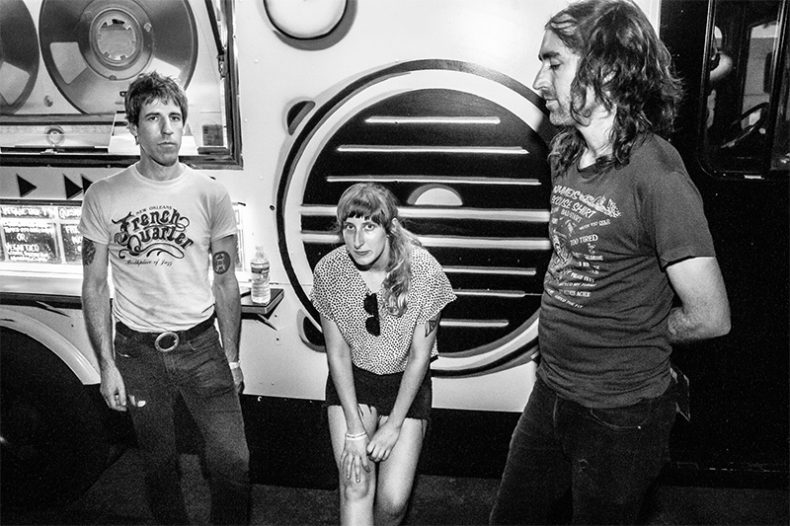 A PLACE TO BURY STRANGERS ANNOUNCES TOUR WITH THE BLACK ANGELS

Brooklyn’s noisy, atmospheric A Place To Bury Strangers has announced a slew of tour dates supporting Austin, TX’s reigning psych band, The Black Angels, as well as a handful of solo shows. Full list of dates can be found below, and tickets will be available Friday, February 10th at 10am local time.

The tour also marks the introduction to the band’s newest member, drummer Lia Simone. Formerly a prominent presence in Los Angeles’ DIY scene in projects like Ostrich Eyes and Peter Pants, Simone also toured with Le Butcherettes and drummed on the band’s sophomore LP, Cry Is For the Flies.

A Place to Bury Strangers is currently at work on its fifth studio album, a follow-up to 2015’s throbbing, clamoring release, Transfixiation (Dead Oceans). Further exploring a more intuitive recording approach, guitarist and frontman Oliver Ackermann and bassist Dion Lunadon shy away from fixating on the minute sonic details as they did in their earlier works, instead trusting instinct and seeking out the unpredictability in their writing.

Simone makes her recording debut with the band on the forthcoming record, set to drop this fall, her presence pushing the band’s recordings closer to the notorious intensity of the trio’s live sets.

In addition to touring and a line-up change, the band has recently contributed “Bad Decision,” an unreleased track, to Rough Trade Publishing’s A Song a Day Keeps the Pain Away. The trio’s also set to contribute a song to 30 Days, 30 Songs and Secretly Group’s Our First 100 Days, a project aiming to raise awareness for organizations supporting causes under threat by Trump’s presidency.

* with The Black Angels

SPILL NEWS strives to keep our readers up to date with news and events in the music industry. We keep you informed of the most recent information regarding new releases, tour dates, and information items about your favourite artists.
RELATED ARTICLES
dead oceansnewsthe black angels
6.0

by James Stefanuk on March 1, 2019
Durand Jones & The Indications American Love Call Dead Oceans/Colemine Records Soul. I have been a fan of Durand Jones since I first heard him. I believe he has [...]
9.0

by Aaron Badgley on October 5, 2018
Phosphorescent C’est La Vie Dead Oceans Phosphorescent is really one person, Matthew Houck. Originally from Alabama, now based out of Nashville by way of Brooklyn. He has been [...]
8.0

by Br. on August 17, 2018
Mitski Be The Cowboy Dead Oceans Mitski may be one of the most intriguing young artists making music at the moment and Be The Cowboy, the follow-up to her acclaimed 2016 album Puberty 2, is [...]