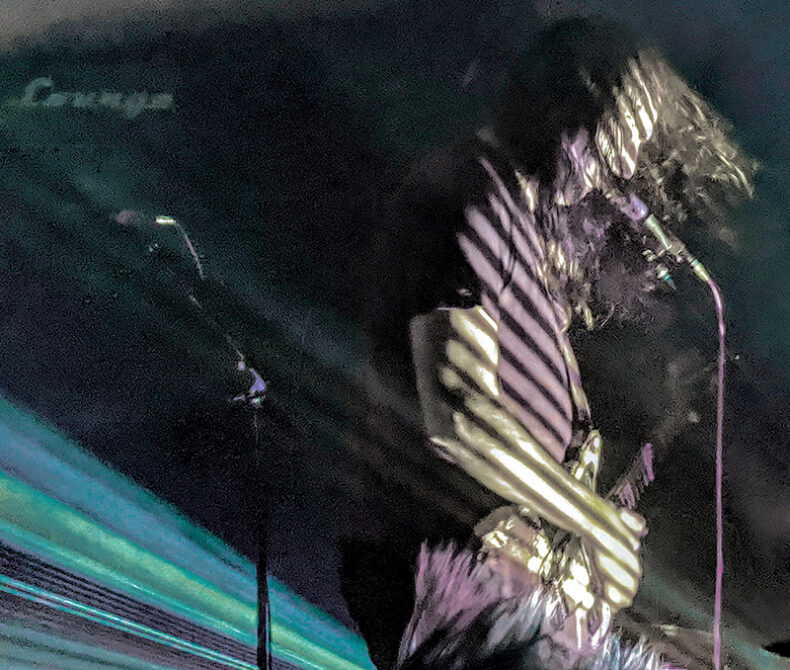 A PLACE TO BURY STRANGERS

At their sold-out performance at Denver’s outstanding Larimer Lounge, A Place to Bury Strangers (APTBS) sounded even more primal than their studio recordings. The X factor in this equation was drummer Sandra Fedowitz, who is more responsible for the subtleties housed in last year’s excellent Hologram EP and their new/best album See Through You than she is credited. Much of this has to do with the negative space created by limiting her drum setup to the absolute minimum. Live, her propulsive rhythms blurred into the processed frequencies reverberating from bassist John Fedowitz’s rig and Oliver Ackermann’s six-string occultism.

The noise was literally breathtaking; the pulverizing decibels of “Dragged in a Hole” felt like an enveloping cocoon. For the next hour, APTBS created a safe space to psychically get lost that felt physically safe, too. People danced and had a good time without being dickheads. As “Dragged” spun out into a feedback crash, Ackermann dangled his guitar above the front row to play the ending with their hands.

Since its inception in 2003, the Brooklyn band’s concerts have been highlighted for their chaos, danger, and unpredictability. The danger on this night was how far into the void APTBS would take the music and how far the audience would (or wouldn’t) follow. Songs like “My Head Is Bleeding,” “Hold on Tight,” and “So Low” deviated from their familiar recorded structures, segueing into one another like a continuous DJ set. It was akin to watching three highly experienced chainsaw jugglers from a safe distance. 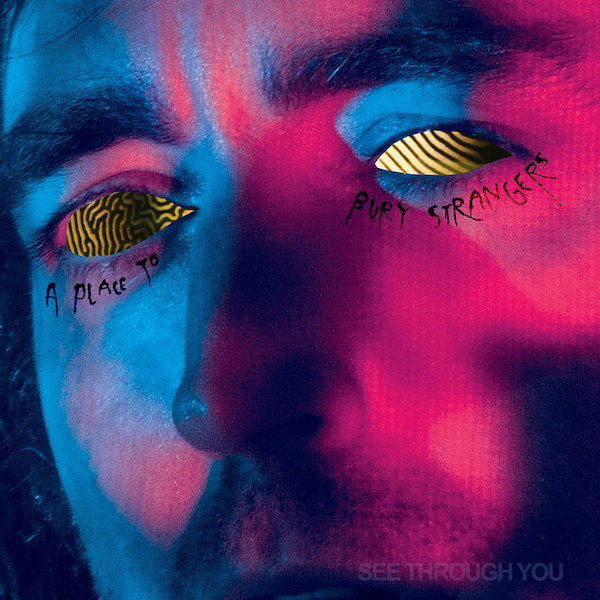 SEE THROUGH YOU ALBUM REVIEW

Real distance, however, was systematically bridged by the band. When APTBS called this tour #LetsSeeEachOther, they meant it. Ackermann moved his microphone in “Drill It Up” to be closer to the audience beside stage right. Later, with hardly anyone noticing, lighting and stage technician Nick Kulp (of Lunacy, APTBS’s supporting act in Europe earlier this year) set up the band on the floor to play in the crowd.

Back onstage, the shoutalong chorus of “Let’s See Each Other” received enthusiastic audience participation. During “I Lived My Life to Stand in the Shadow of Your Heart,” Ackermann used a floor strobe to alternately manipulate and visually respond to his guitar (held aloft by Sandra Fedowitz, still keeping time on the kick drum). He then hoisted up and rotated his amp for some aerial feedback. There was no encore, but anyone who ventured to the Larimer’s outdoor area behind the stage was greeted by the band and crew, truly lovely people.

Opening the show was Denver’s Polly Urethane, compelling in her fourth show ever. Along with her impressive vocal range, arty inspirations like Diamanda Galás and modernist composer Igor Stravinsky distinguished the set of electrauma and industrial pop. Performing with collaborator/producer Rusty Steve on guitar and synths, the confrontational “Sewage Bath Diary” single was especially catchy.

Charles T. Stokes is a nonprofit resource development coordinator and donor researcher based in Denver, USA. He’s also a tennis player and writer looking to make a racket with his own noises. “There are places in the world where one cannot publicly listen to or perform whatever music they choose without fear of harassment or prosecution. The freedom to write about new music is power, a privilege.”
RELATED ARTICLES
a place to bury strangersalbum reviewalbum reviews
7.0

by Charles T. Stokes on February 4, 2022
A PLACE TO BURY STRANGERS SEE THROUGH YOU DEDSTRANGE See Through You is fully stocked with post-punk basslines, jagged rhythm tracks, squalling guitars, disembodied [...]
8.0

by Charles T. Stokes on July 16, 2021
A Place To Bury Strangers Hologram Dedstrange If you haven’t heard A Place to Bury Strangers (APTBS) since their arrival, making records about exploding heads and shows loud [...]