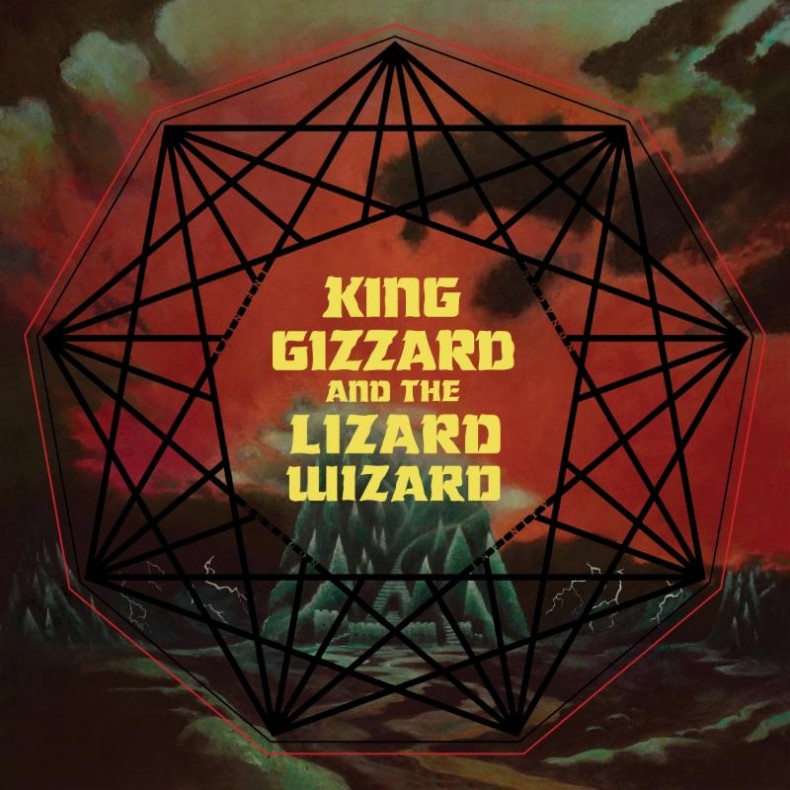 Clear the launch pad – Melbourne septet King Gizzard & the Lizard Wizard has confirmed a new LP, ‘Nonagon Infinity’, out April 29 on Cadence Music/ATO Records. This high-octane, face-melting 9-song collection has been ingeniously crafted as the world’s first infinitely looping LP – each track seamlessly flows into the next, with the final song linking straight back into the top of the opener. Zane Lowe premiered lead cut Gamma Knife this morning on his Beats 1 radio show on Apple Music. Hop onto the Gravitron and watch the video for Gamma Knife now.

Recorded at Daptone Studios in Brooklyn, work on the album began in 2014, around the release of the bands acclaimed LP ‘I’m In Your Mind Fuzz.’ Ever-prolific, it took King Gizzard two years and two additional albums to fine-tune the concept and music that would become ‘Nonagon Infinity.’ In that time the group has zigzagged between 1960s beach-pop, stripped down acoustic psych, and densely packed prog, while always keeping the seeds of ‘Nonagon Infinity’ fertile.

This all makes ‘Nonagon Infinity’ an intricate, astonishing culmination. “We really wanted to focus on things that felt good live,” explains frontman Stu Mackenzie. “We’d grab a little riff here or a little groove there, and we’d jam on them and form songs. I wanted to have an album where all these riffs and grooves just kept coming in and out the whole time, so a song wasn’t just a song, it was part of a loop, part of this whole experience where it feels like it doesn’t end and doesn’t need to end.”

Last year’s ‘Paper Mache Dream Balloon’ was met with the best reviews of the band’s career. Rolling Stone declared them “one of the most compelling collectives of art-rock experimentalists in recent years.” King Gizzard will tour extensively behind ‘Nonagon Infinity,’ with some dates already sold out. Full itinerary below.

SPILL NEWS strives to keep our readers up to date with news and events in the music industry. We keep you informed of the most recent information regarding new releases, tour dates, and information items about your favourite artists.
RELATED ARTICLES
cadence music groupking gizzard and the lizard wizardnews