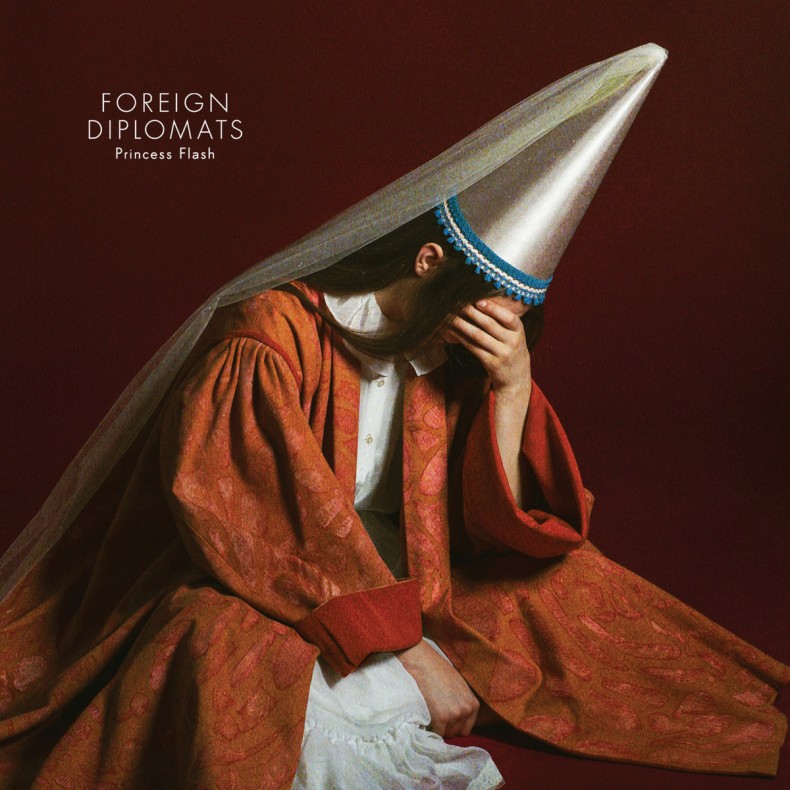 “Comfort Design is about loving something that isn’t real, wanting to preserve something that doesn’t really exist and destroying what is true” says frontman Elie Raymond.  The video, shot in their native Laurentians in Québec, brings into being the bands’ emblematic princess as it explores that fine line between reality and fantasy. “When we were discussing ideas for the music video, we wanted to retain something absurd, images without real meaning. It’s this theme that connects the clip to the song; the irrational feeling of needing and seeing something which isn’t necessarily real.” he further explains.Comfort Design embodies Foreign Diplomats’ signature sound: dancefloor enticing, fierce brass, and groovy synths as frontman Elie Raymond’s voice carries, surprises and smittens.  The video was directed by Didier Charette and produced by Romeo & Fils.

In their young career, Foreign Diplomats toured in France, made heads turn at Montreal’s famed International Jazz Festival and Expo Québec, were showcased at industry darling M for Montreal as well as opened for enviable acts including Phantogram, Half Moon Run, and Violent Femmes. Not stopping there, they will also perform at Osheaga and Festival d’Été de Québec this summer.