SPILL NEWS: KING GIZZARD AND THE LIZARD WIZARD ANNOUNCE NEW ALBUM MURDER OF THE UNIVERSE OUT JUNE 23 VIA ATO RECORDS 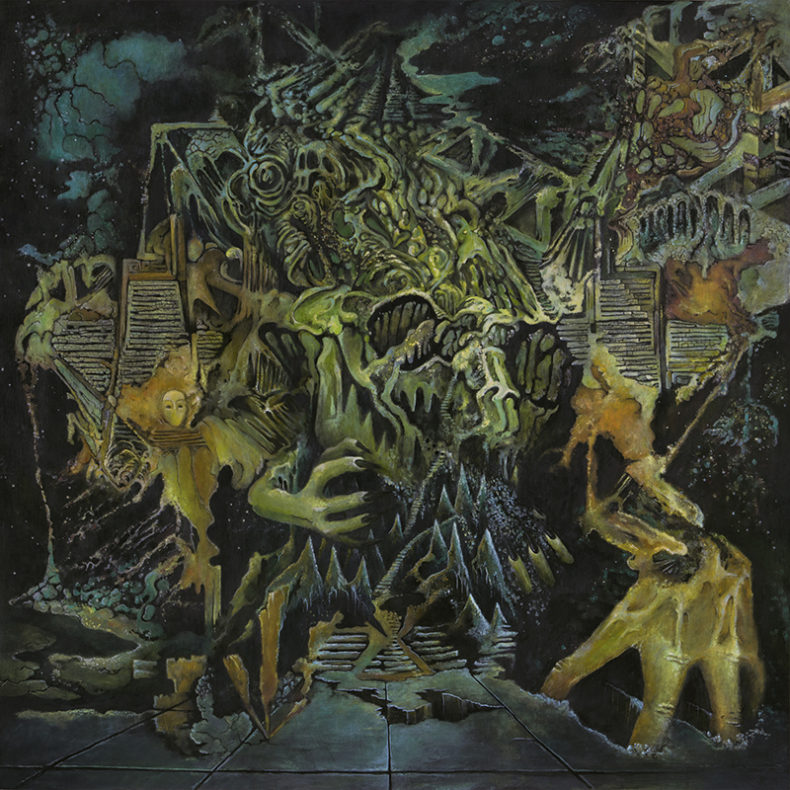 WATCH “CHAPTER 3: HAN-TYUMI AND THE MURDER OF THE UNIVERSE”

Melbourne’s King Gizzard and the Lizard Wizard are a once-in-a-generation group playing a heady combination of psychedelia, prog rock, freakbeat, jazz, heavy metal and Krautrock at a breathless punk pace. Today they introduce Murder of the Universe, to be released June 23rd via ATO Records. A concept album to end all concepts, Murder Of The Universe is a face-melting musical assault concerned with the downfall of man and the death of the planet.

With the album’s tracks separated into three separate chapters, you can now watch the new video for all of “Chapter 3: Han-Tyumi and the Murder of the Universe” below or HERE. Lit by thunderclaps and lightning, MOTU inhabits a sonic landscape of death, decay, ossification, fossilization, rebirth. It is a place occupied by wandering shape-shifting beasts, bleeding skies, pools of blood, great fires and mushroom clouds; a planet rent asunder by conflict. Pre-order it on vomit splatter and 180 gram black smoke vinyl HERE.

Like in the band’s frenzied live show, snippets of their breakthrough records I’m In Your Mind Fuzz and Nonagon Infinity resurface throughout this album to haunt their latest sound. Currently on their 2017 nationwide US tour and headlining their biggest rooms to date, the band will be taking their live experience to TV for their worldwide television debut on Conan April 17th.

“We’re living in dystopian times that are pretty scary and it’s hard not to reflect that in our music,” says front man Stu Mackenzie. “It’s almost unavoidable. Some scientists predict that the downfall of humanity is just as likely to come at the hands of Artificial Intelligence, as it is war or viruses or climate change. But these are fascinating times too. Human beings are visual creatures – vision is our primary instinct, and this is very much a visual, descriptive, bleak record. While the tone is definitely apocalyptic, it is not necessarily purely a mirror of the current state of humanity. It’s about new non-linear narratives.”

Theirs is a high-velocity sound, each album a transporting diversion down a slippery worm-hole steered by seven minds sharing one on-going journey. In years to come King Gizzard and the Lizard Wizard will be judged not by their separate albums, but by a body of work where themes, melodies, motifs, riffs and ideas resurface and recur, each album peeling back a layer of the onion to glimpse at past and future alike. Their albums should be treated as portals through which you can move from one to the other. Songs sync together, records can be played in loops and past ideas recur or are reprised, and then woven into new textures. “These ideas aren’t necessarily contrived,” said Mackenzie. “Sometimes they just happen.”

Murder of the Universe Track Listing

Chapter 1: The Tale Of The Altered Beast

Chapter 2: The Lord of Lightning Vs. Balrog

Chapter 3: Han-Tyumi And The Murder Of The Universe

SPILL NEWS strives to keep our readers up to date with news and events in the music industry. We keep you informed of the most recent information regarding new releases, tour dates, and information items about your favourite artists.
RELATED ARTICLES
ato recordsking gizzard and the lizard wizardmurder of the universe