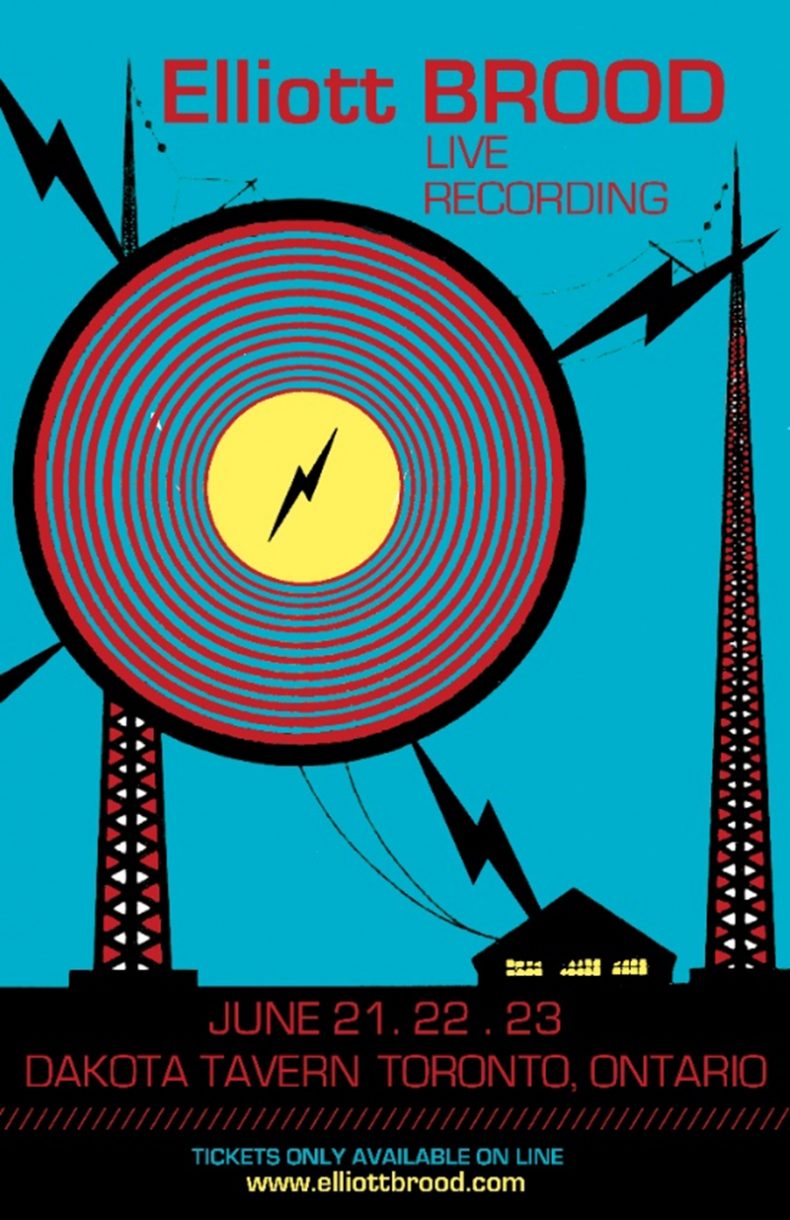 Elliott Brood have always been a band lauded for their captivating and frenetic live performances. They have decided to capture it over a three-night run at the intimate Dakota Tavern in Toronto. The band will recording three shows on June 21st (tickets), June 22nd (tickets) and June 23rd (tickets). Tickets will only be for sale online and are available now.

For Work and Love, Elliott Brood withdrew to a farmhouse in Bath, Ontario where they recorded nine songs in two weeks with producer Ian Blurton (The Weakerthans, Amy Millan). The result is their most personal and urgent album to date, with rock influences that nod as much to Neil Young & Crazy Horse, as much as Richard Buckner and Whiskeytown.

Elliott Brood two songwriters Casey Laforet and Mark Sasso decided to mine the bare histories of their own lives: penning verses about the ends of relationships and the tests of adulthood, long drives, childhood retreating in a rear-view mirror. Work and Love also serves as a eulogy for the moments on the doorstep of manhood: first loves, lost loves, and young men’s just desserts.

Select tracks on the album feature Aaron Goldstein (City and Colour) on pedal steel and John Dinsmore (Kathleen Edwards, Sarah Harmer) on bass. Work and Love is Elliott Brood at their sheerest, facing forward and backward at the same time.

SPILL NEWS strives to keep our readers up to date with news and events in the music industry. We keep you informed of the most recent information regarding new releases, tour dates, and information items about your favourite artists.
RELATED ARTICLES
elliott broodnewsthe dakota tavern

by Aaron Badgley on July 17, 2021
THE HORSESHOE TAVERN CHILL-O-RAMA FEATURING SKYDIGGERS & THE SADIES w/ ELLIOTT BROOD @ CITYVIEW DRIVE-IN, TORONTO JULY 17, 2021 Where does one go on a hot, summer evening in Toronto? Perhaps the drive-in for a triple bill, featuring Elliott [...]

by SPILL NEWS on April 13, 2017
ELLIOTT BROOD’S NEW SONG “THE FALL” FEATURED ON CBC’S BELLEVUE “The song came about after Bellevue approached us and asked if the band might be interested in creating original music for the show,” says the [...]