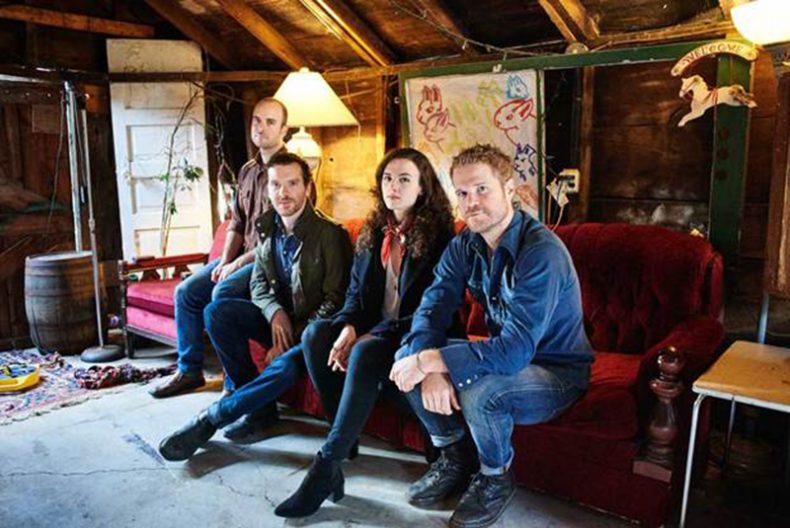 Back in December, the Wilderness Of Manitoba played a weekly residency at the Dakota Tavern to test drive fifteen new songs that they were planning to record for their fifth album. The successful shows and the positive response from the audiences energized the band going into the studio. The same lineup that toured with Elliott Brood over a year ago, Will Whitwham (vocals/guitars/keyboards), Raven Shields (vocals, guitar), Tavo Diez de Bonilla (bass), and Mike Brushey (drums/percussion), entered Union Sound in January and cut the bedtracks in three days. Since then, they have been recording overdubs in Whitwham’s home studio and mixing with Matthew Fudge at Revolution Recording and Dan Weston at his studio.

To celebrate the completion of the album, the Wilderness of Manitoba will be playing a special show at the Monarch Tavern on Friday, June 10. Come and see the band play the new songs live and get a sneak peek of how the album is shaping up. Not all fifteen songs will make the album so this will be a great chance for people to share their favourites with the band. “The live show is a constantly evolving portrait of the band and its efforts,” says Whitwham, founding member and main songwriter.

From the band’s inception each album has redefined their sound; from the four part harmonies of Hymns of Love and Spirits and When You Left The Fire, to the cinematic arrangements of the JUNO Award nominated Island of Echoes, to the “sky-high songs about disappearances, distant lights and amber-lit dawns,” claims The Globe And Mail, of their latest album, Between Colours. In its seven year existence, The Wilderness Of Manitoba has toured and played festivals all over Canada, the UK, the Netherlands, and the USA. Watch for news of upcoming Wilderness Of Manitoba album coming soon.

SPILL NEWS strives to keep our readers up to date with news and events in the music industry. We keep you informed of the most recent information regarding new releases, tour dates, and information items about your favourite artists.
RELATED ARTICLES
elliott broodnewsthe wilderness of manitoba

by SPILL NEWS on May 27, 2016
JUNO AWARD-WINNING ELLIOTT BROOD SET TO RECORD LIVE ALBUM AT THE DAKOTA TAVERN IN TORONTO BAND WILL PLAY THREE SHOWS ON JUNE 21ST, 22ND AND [...]