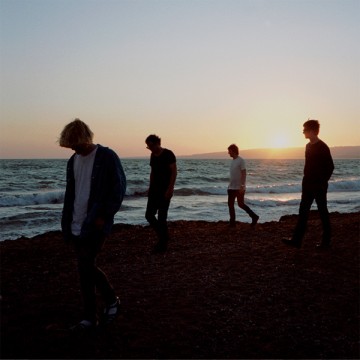 Modern Nature has been making waves. It is The Charlatans UK’s first release since the death of drummer and long-time member Jon Brookes, who died of brain cancer in August 2013 at the age of 44. One would expect the tone of the album to be sullen and morose; Modern Nature is anything but. The band’s 12th studio album, their first in five years, was released in the UK on January 26 and is expected to reach North American shores on April 23, 2015.

The album, their first with BMG Chrysalis, was recorded at their own Big Mushroom Studio in Cheshire. It was produced by The Charlatans and Jim Spencer, and mixed by Craig Silvey (Portishead, Arcade Fire). Rather than replace Brookes, the album includes tracks recorded by the drummer himself before his death, and features a rotation of notable drummers lending their talents to the tracks, including Peter Salisbury (The Verve), Stephen Morris (New Order), and Gabriel Gurnsey (Factory Floor). Other special guests include Melanie Marshall and Sandra Marvin (Kate Bush’s backup singers), Sean O’Hagan on strings, and Big Jim Paterson (Dexys) on brass. The result is an upbeat, summery, and joyful album that celebrates the life of Brookes rather than mourning his loss.

Brookes’s presence is felt right from the start. The first track on the album, “Talking In Tones,” is a pensive, haunting song about communicating telepathically. A catchy drum beat, a keyboard riff and a layer of hollow voices set a haunting tone. “I feel strengthened, by your presence/ It’s like Heaven, in sixes and sevens.” This tone is not maintained for long; the next track, “So Oh,” is one of the lightest, breeziest, happiest songs on the album. Written in the cold of January, it transports you back to a hot, carefree, summer day. “Come Home Baby,” “Emilie,” “Trouble Understanding,” and “Let The Good Times Be Never Ending” carry on the upbeat tone. The album maintains a light, summery and joyful tone until the ninth track, “I Need You To Know,” on which Brookes plays the drums. Recorded before his death, the song is more intense and speaks of the urgency of impending loss. “I could have said, I should have said, It’s always the same, Can I tell you, Before it’s too late?”

The deluxe version of the album contains four bonus tracks that clearly seal Brookes’ influence and presence. “We Sleep On Borrowed Time” begins with a somewhat funereal organ melody. Within 30 seconds, however, it becomes infused with joy and hope. “Walk With Me” was written and recorded by Brookes before his death, and includes a backing choir of children from a school where he used to teach. “Honesty” is a beautiful acoustic instrumental version of “Emilie,” complete with strings. “Marauder,” a kickass keyboard and drum instrumental, completes the deluxe package.

Modern Nature has received rave reviews in the UK and is touted by many as being The Charlatans’ best album yet. This is not surprising, as The Charlatans are survivors; they have endured many tragedies over their 27 years together, yet somehow this time their loss has been rejuvenating. Brookes was adamant that The Charlatans create another album; although the record came to life after his death, his presence on the album is clear. It is a joyful and loving testimony to the late drummer. He would definitely be proud.

Trish Melanson lives in the Toronto area with her three boys, Nicholas, Justin, and Eric, her dog Jakkson, and her cats Max and Jagger. She is the former host and producer of Canadian Kickass, a weekly two hour radio show on New Jersey's Chestnut Radio, showcasing Canadian Music. She is also a former Web Content Manager of Indie Soundscapes, an online showcase for Independent Music Artists Worldwide, and was a regular music contributor to The Stroumboulopouli. She is a fervent supporter of the Toronto live music scene. In a past life she was a teacher and Vice Principal in Durham Region. She has many more new and exciting projects waiting in the wings. ;)
RELATED ARTICLES
album reviewsthe charlatans uk
8.0