News
582
previous article
SPILL ALBUM REVIEW: NADA SURF - YOU KNOW WHO YOU ARE
next article
SPILL TRACK OF THE DAY: SNOWBLINK - "HOW NOW" 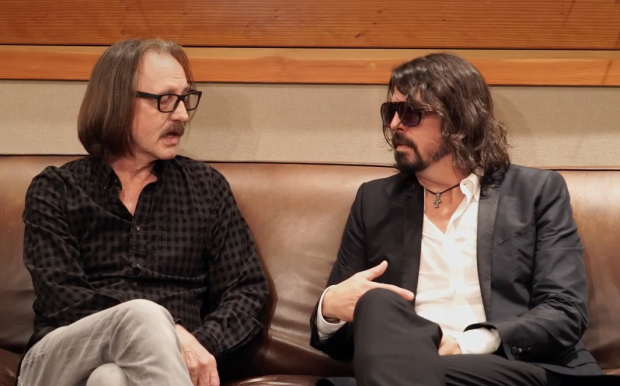 Rumours have been making the rounds for the past few days of the potential break up of The Foo Fighters.  In true FF style, the band has responded to those rumours via YouTube.  Dave Grohl, in the studio with mega producer Butch Vig, fills us in on his plans for the future, and previews two new songs — “Free To Be” and “Phoney Baloney”.

His departure would leave a HUGE gap in the face of The Foo Fighters — those are big shoes to fill.  The boys already have a VIP list of possible successors, including Nick Lachey who pops in for an audition.

Oh, and by the way — I have some real estate you may be interested in.  😉

SPILL NEWS strives to keep our readers up to date with news and events in the music industry. We keep you informed of the most recent information regarding new releases, tour dates, and information items about your favourite artists.
RELATED ARTICLES
dave grohlfoo fightersnews
8.0