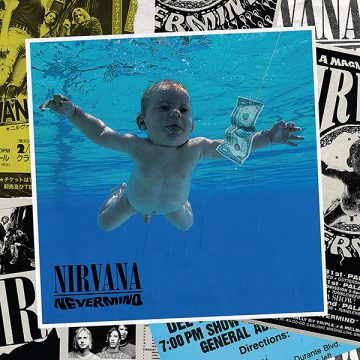 Nevermind is a timeless classic,  a truly generational album that is still wildly applauded and discussed today, three decades later. Upon its original release on September 24, 1991, Nevermind marked the point where the punk-fueled counterculture flipped into the mainstream at full force, making the ‘90s the decade of alternative rock and grunge. While Nirvana was not the sole band responsible for this massive cultural shift, Nevermind was certainly the clearest tipping point. Now, to celebrate 30 years of their seminal release, Nirvana has reissued Nevermind to include not one, not two, not three, but four full-length concerts from the band’s 1991/92 tour.

What is there to say about Nevermind that hasn’t already been said over the past 30 years? We all know it’s a fantastic example of punk rock sensibilities paired with pop harmonic structures and Beatles-inspired melodies, and we all know that the record made Nirvana the biggest band in the world within a year of its release. What else is there to say and who reading this hasn’t heard the original album? For this reason, we will focus on the additions to the record that Nevermind (30th Anniversary Edition) brings to the table. The first of four concerts, recorded on November 25, 1991 at Amsterdam’s Paradiso is a visceral tour de force that sees the band take the shape as the most powerful power trio in history. Opening with “Drain You”, Kurt Cobain’s vocals are raw but refined, with Dave Grohl’s drums and Krist Novoselic’s bass rooting the performance down with a rock solid, heavy foundation. The 17-song set is perhaps the strongest presented on the expanded reissue – it’s amazing this has yet to be released – and features highlights including “Floyd The Barber”, “About A Girl”, “Breed”, “Negative Creep”, and “Blew”, making for a truly killer set.

The second set, December 28, 1991’s performance at the Pat O’Brien Pavilion in Del Mar, California, is a condensed version of the first one with the band performing a shorter set consisting of most of the same songs while largely following a similar structure. Furthermore, the quality of sound is nowhere near the well-defined heights of the previous set with the Del Mar performance sporting a far thinner and punchy tone to it, rather than the big rock tone of the Amsterdam concert. Regardless, the performance is nothing short of exhilarating and high energy, with the band taking only a few precious moments to step off the gas from the set’s blistering pace. In particular, “Breed” is especially worth checking out as the lesser sound quality gives it a harder, more abrasive punk edge, making this performance of “Breed” stand out among all others on Nevermind (30th Anniversary Edition). 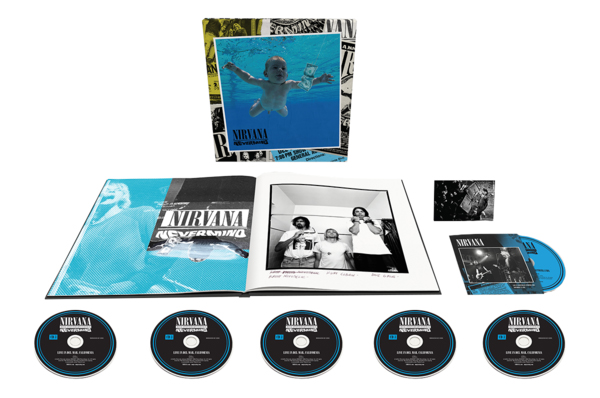 The third concert was taken from Nirvana’s show at The Palace in Melbourne, Australia, on February 1st, 1992. While the sound is generally better than that of the previous recorded performance, the set is nearly the exact same as the first, with the addition of “In Bloom” and “Feedback Jam” (a five-mins guitar feedback drone that acts as an extended intro to “Negative Creep”). Furthermore, and unfortunately, the performance is also not quite as tight overall as the first one was. That being said, “In Bloom” is a definite highlight across all four concerts as this stands as its only appearance.

The fourth and final concert was recorded at Tokyo’s Nakano Sunplaza on February 19, 1992. While the set is once again more or less the same as the previous three performances – only featuring a largely different order of songs – it is worth noting that Cobain’s performance style is that of reckless abandon. Melodies change, solos and rhythms shift, making his performances more special. Of this set, “Negative Creep” (as a show opener), “Blew”, “Come As You Are”, “Aneurysm” and the closing “Smells Like Teen Spirit” stand out in particular for their powerful performance. Of the four shows overall, Nirvana’s Japan concert is among the best, beside their Amsterdam show.

Thirty years later, Nevermind remains a timeless classic; a true synthesis of punk and pop long before pop punk officially existed that represents a monumental cultural shift. This has not changed, if anything, the passing of decades has only proved this notion more so. In this regard, Nevermind (30th Anniversary Edition) is a roaring success. The use of four concerts from the same era of the record truly expands the album and furthers its legacy as a time in which Nirvana went from opening for The Red Hot Chili Peppers to becoming stadium headliners in mere months. Nevermind (30th Anniversary Edition) however – and as much as it pains me to say – feels bloated and excessive. The sets are nearly the same as one another and, while an exciting musical experience, feels repetitive. Despite this, each show is a worthwhile addition to Nevermind (30th Anniversary Edition) as we can see just how dynamic of a performer Cobain was in a live setting as he’d sing and play the guitar differently between each show, all the while Grohl and Novoselic hold down the fort with a tight and hard-hitting show of musical power. As far as expanded anniversary reissues go, Nevermind (30th Anniversary Edition) may look to offer more than it does, but that does not mean that the quality and excitement of four Nirvana concerts should be diminished.