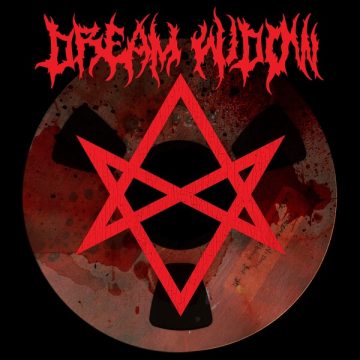 Following the release of the slasher comedy film, Studio 666, Dave Grohl has released his death metal debut via a project titled Dream Widow. Those who watched Studio 666 will recognize the name as the fictional band which the Foo Fighters assume the role of in the film; however, the record is nearly entirely just Grohl, who performed vocals, guitar, bass, and drums, alongside lead guitarist Jim Rota (Fireball Ministry), and Rami Jaffee (Foo Fighters) and Oliver Roman, both of whom added keys on a handful of tracks.

Opening with the blistering blast-beats of “Encino”, Grohl lays out his heaviest and most throat-wrenching vocals to date. The fast-paced, vocal-chord shredder develops organically into a number of moving parts, ranging from melodic to haunting, bringing the song to a close by returning to the initial introduction. “Encino”, while only a minute and a half in length, covers more ground than more artists could in twice as much time, allowing Grohl to flex his songwriting in a different genre. One thing is clear, Dream Widow is not a Foo Fighters record, as a matter of fact, it’s unlike anything else you’ve heard from Grohl.

The following track, “Cold”, while dropping the tempo, is no less heavy as Grohl delivers a stellar vocal performance that is equally melodic as it is aggressive with dissonant harmonies and the occasional scream to accent his take. Between “Cold” and “Encino”, Dream Widow is a record that teeters between death, black, thrash, and groove metal in a seamless fashion. In addition to the opening two tracks, which are among the strongest offerings on Dream Widow, additional highlights include the thrash heavy lead single, “March Of The Insane”, the hard hitting “Come All Ye Unfaithful”, the sludgy doom metal of “Becoming”, and the massive, 10-min epic, “Lacrimus dei Ebrius”, an instrumental tour de force that brings Dream Widow to a stellar conclusion.

For years, I have wanted a metal record from Grohl. As much as I love the Foos, they’ve only teased a far heavier side through the occasional song (“White Limo”, “Run”), and it’s no surprise, given his hardcore roots, that Grohl would kill it, if only he had made a metal record. In response to this idea, Dream Widow serves as a strong addition to Grohl’s expansive catalogue as his heaviest record to date. While it may not be a flawless metal record, Grohl’s latest musical experiment is an absolutely visceral success that, ultimately, continues to establish Grohl as one of the most vital and essential creative forces in the history of popular music.

A passion for music has always been a part of Gerrod’s life. As a young boy, he was raised on a steady diet of the music from The Chili Peppers, Aerosmith, The Stones, Prince, and others from his mum. Raised in the GTA, Gerrod continued to foster his love for music by attending a wide range of concerts and learning the drums. His unapologetic passion for music has no bounds and has spread to a wide variety of styles, whether it be the 90’s rock that sound tracked his teenage years, the jazz he studied in university, or his newfound love for hip-hop. He recently received his bachelors in music and education from York University and is passionate about writing and reviewing good (and less than good) music. Gerrod is also the drummer and songwriter for a Toronto based rock & roll band, One In The Chamber.
RELATED ARTICLES
album reviewalbum reviewscold
9.0