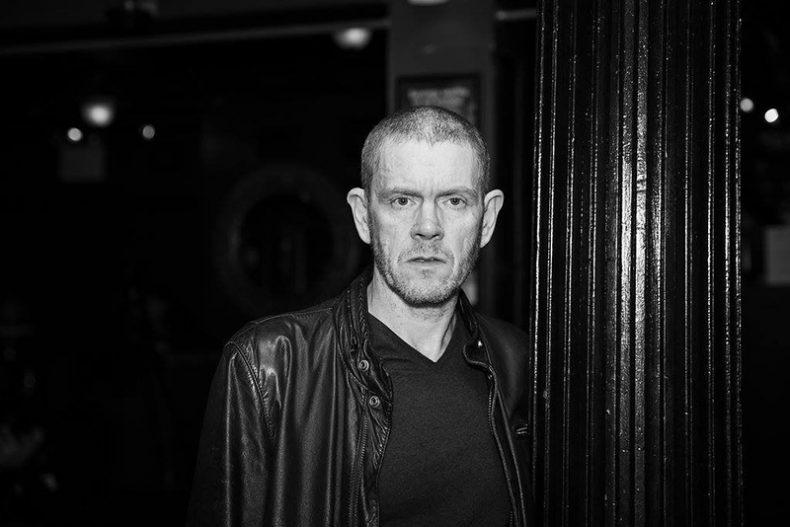 Industrial-Rock supergroup Pigface announces that legendary artist Chris Connelly will be joining them on select dates of their upcoming their upcoming North America tour.

Connelly has been involved in iconic bands such as Ministry, Revolting Cocks, Killing Joke, Murder Inc and prior forms of Pigface. He joins Pigface on their first tour in 14 years. Connelly will appear in Pigface at their shows on November 15th in Cleveland, November 16th in Detroit, and November 30th in Chicago. Pigface founder Martin Atkins explains importance of Connelly in Pigface..

“The line up is just stellar at this point ! Chris has been such an important part of so many projects with me it’s going to be almost impossible to choose just a few songs. with so many of us from the FOOK album we have to include Ten Ground and Down. Murder Inc is going to be extra menacing too! And, the announcements aren’t over…”

Formed by Martin Atkins and Bill Rieflin the day after the Ministry tour for “The Mind is a Terrible Thing to Taste,” and hailed by some as “an aggressive new alternative-rock Frankenstein,” Pigface grew to become a fierce juggernaut with a malleable line-up that could be as limited as the individual members personal phone books, or as packed with possibilities as the Yellow Pages. Egos where willingly surrendered for the greater good: the onstage fire-eater at a Pittsburgh show was just as important as the participation of then-fledgling Nine Inch Nails frontman Trent Reznor.

Fans going to the shows expecting a rote regurgitation of the stuff found on the debut 1991 Pigface document, Gub, were left screaming and shaking their sweaty bodies in wild abandon, or scratching their heads down to skull-surface trying to make sense of it all. Pigface concerts are characterized by high-energy performances. Frequently there will be upwards of 10 musicians on stage at any time during the show. In addition, members of the audience are occasionally invited on stage for the encore.

At close inspection, its obvious that Pigface has become much more than the convenient, yet dubious tag of “super group.” A strategy for the creation of uncompromising music, Pigface has been a farm team (belly dancer Christine Petro added some color to U2s PopMart tour), as well as a launch pad for underground mavens to reinvent themselves. The collective fostered the aesthetic growth of former Silverfish screamer Lesley Rankine (heard here on “Chickasaw”, and “Ten Ground and Down”) into the sultry grooves of Ruby. Ditto for the career of former Gaye Byker On Acid Mary Hoxley, who later ascended from “grebo” obscurity to British dance-rock royalty in Apollo 440. Pigface also acted as a rampart where established musicians-such as Tools Danny Carey and Red Hot Chili Peppers Michael “Flea” Balzary could stretch out in ways their parent bands would not let them.

The communal spirit of the music was also enough of a force to make the music industry adjust its cloudy spectacles to take notice (reportedly, the last word in Skinny Puppy’s American Recordings contract is “Pigface”). But don’t think for a nanosecond that all that activity and accomplishment was only felt onstage in a self-congratulatory back-slapping marathon: Just prior to his signing to the nothing Records label, Marilyn Manson launched an ad hoc ensemble names Mrs. Scabtree, that featured other like-minded Ft. Lauderdale, Florida freaks. When pressed for details, Manson described the group as “a Pigface-kind of thing.” Time has proven that Pigface was an idea that has ignited both musicians and audiences alike. 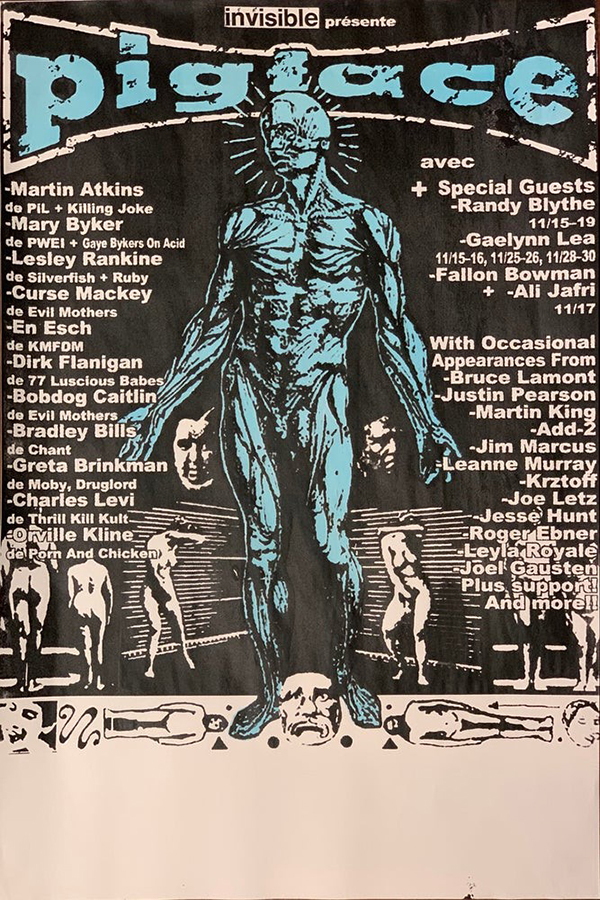 SPILL NEWS strives to keep our readers up to date with news and events in the music industry. We keep you informed of the most recent information regarding new releases, tour dates, and information items about your favourite artists.
RELATED ARTICLES
chris connellymartin atkinsministry

by Kathy Nichols on August 21, 2015
Cocksure Corporate Sting Metropolis Records Corporate Sting is a collaboration between Chris Connelly (of, among numerous others, Revolting Cocks fame, which I’m guessing was the impetus [...]