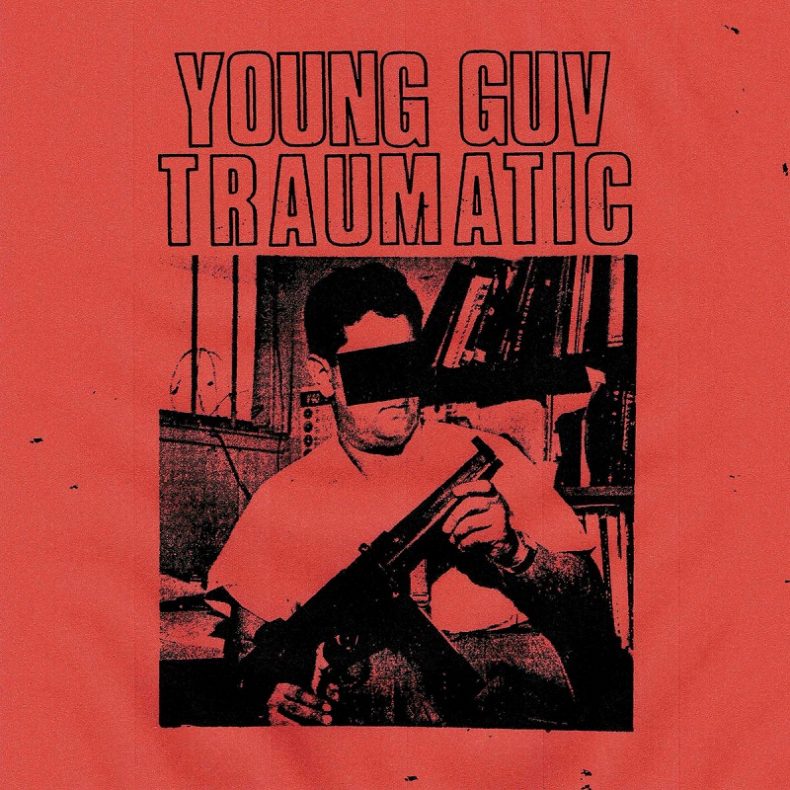 Ben Cook is, among many other things, the very industrious Young Guv. From acting to writing/producing to playing guitar and screaming in hardcore bands, Guv has done it all and is well on his way to seeing it all as well. After nearly 10 years of releasing singles, flexis and tapes under the Young Guv moniker, 2015 saw the release of the brilliant “Ripe 4 Luv” mini-album. A tour de force of power-pop invention and jangle/fuzz guitar heroics, “Ripe 4 Luv” opened a lot of ears and turned a lot of heads, and picked up a nomination for Canada’s Polaris music prize along the way.

Now, after a rather twisted 2016 of travel, change and discovery, Guv is back with this new single “Traumatic.” Recorded at home on trusty 1/4″ analog tape, it’s a self-reflective and personal audio snapshot that contrasts nicely with the loud ‘n’ gritty “Ripe 4 Luv.” “Traumatic” rides a bubbling programmed groove, blending echo-laden vocals with understated rhythm guitar and a catchy synth hook into a magical new wave roots-pop amalgam. “It Could Be Me” is a classic major chord confection, hearkening back to that cusp-of-the-80s genius of Shoes, Dwight Twilley and Phil Seymour. As always the songs are stuffed with lovely harmonies and heart-stopping melodies, never losing site of power-pop’s roots in Buddy Holly, The Beatles and Big Star.

Trish Melanson lives in the Toronto area with her three boys, Nicholas, Justin, and Eric, her dog Jakkson, and her cats Max and Jagger. She is the former host and producer of Canadian Kickass, a weekly two hour radio show on New Jersey's Chestnut Radio, showcasing Canadian Music. She is also a former Web Content Manager of Indie Soundscapes, an online showcase for Independent Music Artists Worldwide, and was a regular music contributor to The Stroumboulopouli. She is a fervent supporter of the Toronto live music scene. In a past life she was a teacher and Vice Principal in Durham Region. She has many more new and exciting projects waiting in the wings. ;)
RELATED ARTICLES
diyindiepop

SPILL NEWS: VESSELS DEBUT VIDEO FOR “4AM” || SPECIAL EDITION OF ‘DILATE’ LP OUT 4/1 ON DIFFERENT RECORDINGS