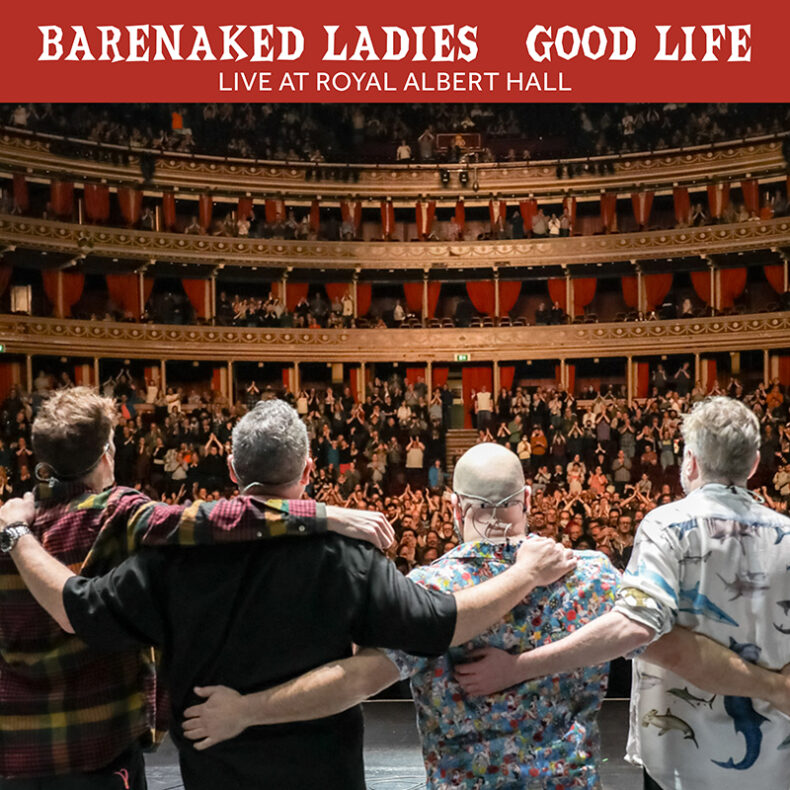 As Toronto’s famed multi-platinum foursome Barenaked Ladies prepare for their North American “Last Summer on Earth Tour”, the band will release multiple tracks recorded live at their recent sold-out Royal Albert Hall show in London—along with video content, a contest component, and a bonus track. The tracks are the first live versions of songs from the multi-platinum band’s latest album, Detour de Force, giving fans an opportunity to hear the band’s stage renditions before they hit the road on their US tour.

“Never has a tour been so filled with roadblocks and unexpected speed bumps, and simultaneously overloaded with joy and support,” said Ed Robertson. “Due to COVID, a couple of band members missed a few shows. We managed to have the full band back just in time for a Sold Out Royal Albert Hall. The support we felt from the UK crowds was OVERWHELMING. The energy was celebratory and palpable. It was one of the most memorable tours of our career.”

Today, Barenaked Ladies are kicking off their self-proclaimed “Good Week” (a takeoff on the album’s track “Good Life”) by posting the Making of the ‘Good Life’ Music Video plus a 360 version of the original video, which will be launched on Thursday.  There is also a special contest component of “Good Week”, where a lucky fan will be able to win a video message from the band, an autographed vinyl copy of Detour de Force, and a brand-new t-shirt design (which will be available ahead of the Last Summer on Earth tour).

On Friday, May 6, “Good Life” live at Royal Albert Hall will be available on DSPs, with a “Good Life” ‘cam-jam’ available the next day (including Ed Robertson’s intro about the amazing humanitarian work of José Andrés’ World Central Kitchen).

On May 20, the band will release the live version of “New Disaster” from their Royal Albert Hall show and June 3rd will see the release of their Detour de Force Deluxe Edition, including the aforementioned tracks as well as and “Live Well”—all live at Royal Albert Hall. Plus, bonus track “Way of the Heart” (previously available as a vinyl-only album track) will also be included. 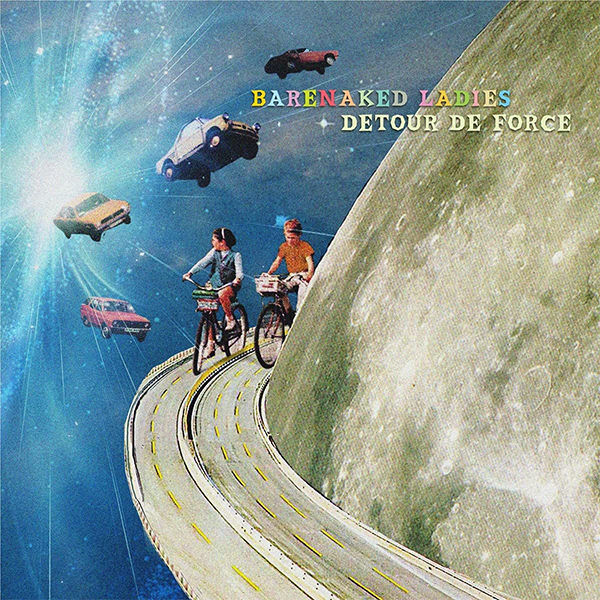 Barenaked Ladies embark on a long-awaited return to the road this year with “Last Summer on Earth,” a 36-date North American tour with Gin Blossoms and Toad the Wet Sprocket. The tour, which had been rescheduled due to the pandemic, begins in St. Augustine, Florida on June 3 and gives BNL the opportunity to showcase its 16th studio album Detour de Force, released in July 2021. The tour wraps up in the band’s hometown of Toronto on July 21. A number of tour dates are selling out. Tickets and a limited number of VIP packages are available at www.barenakedladies.com

This will be the 6th edition of the tour, founded by the band in 2012 – the year that the Mayan calendar predicted would be the last, hence the “Last Summer On Earth.”

Detour de Force, produced by Juno and Grammy award winners Eric Ratz and Mark Howard, is the band’s broadest reaching and most diverse album to date, fusing the distinct writing voices of Ed Robertson, Kevin Hearn, and Jim Creeggan into a cohesive work. Its 14 tracks include the sonically adventurous “Flip”, the hopeful and infectious “Good Life” (its video features the band playfully navigating their beloved hometown of Toronto), and “New Disaster” (a clever, sardonic comment on our times with an animated, comic book-style video). The album’s stylistic voyage moves from the uptempo fun of “Flat Earth” and country-flavoured “Roll Out” to the gentle melodies of “Live Well,” “The National Park,” “God Forbid,” “Man Made Lake” and the sonic roller-coaster of the closer, “Internal Dynamo.” Consequence of Sound described the album as “playful in its structure and crowd-ready hooks while thematically addressing the human condition with acuity.”

Over the course of 33 years, the beloved quartet has sold 15 million records worldwide and built up an arsenal of hits including “If I Had $1,000,000,” “One Week,” “Pinch Me,” and “Big Bang Theory Theme.” Widely acknowledged as one of the best live acts on the planet, BNL has hosted a cruise, had its own ice cream flavour, amassed two Grammy nominations, eight JUNO Awards, and was inducted into the Canadian Music Hall of Fame in 2018. The band recently wrote and recorded “Landed on My Head,” the end title song for HBO’s The Super Bob Einstein Movie. As Ed Robertson, Jim Creeggan, Tyler Stewart, and Kevin Hearn put it on “Good Life,” “Wasn’t easy but it turned out alright/Wouldn’t trade it for another…You don’t wanna miss this mutha.”

Tickets and a limited number of VIP packages are available at www.barenakedladies.com.

SPILL NEWS strives to keep our readers up to date with news and events in the music industry. We keep you informed of the most recent information regarding new releases, tour dates, and information items about your favourite artists.
RELATED ARTICLES
barenaked ladiesbnlcanada

by Bryan Williston on October 30, 2022
STATE OF THE ARTIST A CONVERSATION WITH STEVEN PAGE Throughout his career, singer-songwriter Steven Page could be counted on to observe our modern existence, in ways that are creative, direct and beautiful. From his days as a creative force and [...]

by Aaron Badgley on April 22, 2022
ROUGH TRADE IS WORK A CONVERSATION WITH ROUGH TRADE’S CAROLE POPE WITH BERNARD FRAZER (CHURCH OF TREES) In 1976, the first ‘direct to disc’ album was released by a relatively unknown Toronto band named Rough Trade. The album Rough Trade [...]

by SPILL NEWS on July 17, 2021
KIM MITCHELL TO BE INDUCTED TO THE CANADIAN SONGWRITERS HALL OF FAME ON JULY 21 SPECIAL PRESENTATION BY BNL FRONTMAN AND FRIEND ED ROBERTSON  The much-anticipated induction, which was postponed due to the pandemic in 2020, will air July 21 on [...]
7.0