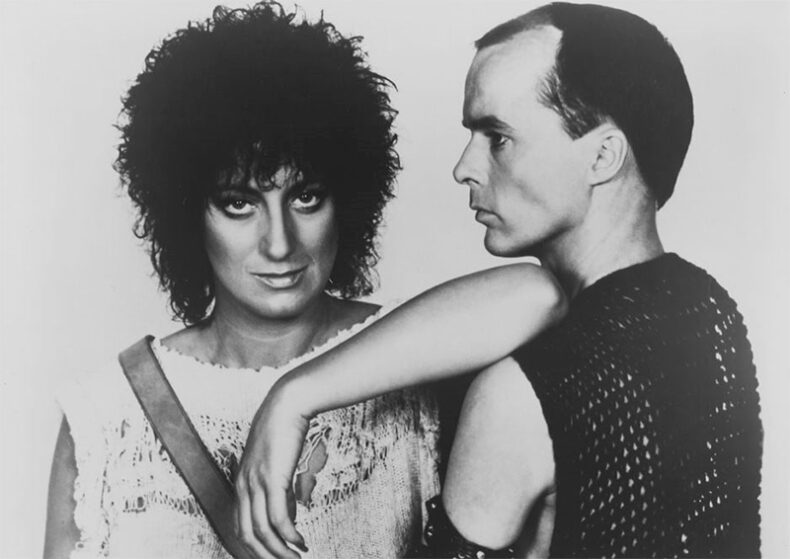 In 1976, the first ‘direct to disc’ album was released by a relatively unknown Toronto band named Rough Trade. The album Rough Trade Live was actually recorded live in the studio and recorded directly onto a master disc rather than tape. The sound was phenomenal and many other bands would follow suit. By then, Rough Trade, whose core was Carole Pope and Kevan Staples, had been around since 1973, although they had been in numerous other bands together since 1968, and they had clearly established themselves. In 1988 the band decided to call it a day after releasing six studio albums. However, in 1994 the band started performing a few reunion gigs featuring Pope and Staples. Since then they have released solo projects and toured and that brings us to 2022, where on April 27, they will be performing at The Bronson Centre Music Theatre in Ottawa. And more dates will be added.

Even though Pope has been performing for many years, Rough Trade poses some difficulties. During my recent conversation with Pope, she talked about a few challenges.

Pope even jokes about what fans can expect from the show.

“You can expect to see me remember the songs,” she laughs. Because Kevin Hearn [Barenaked Ladies] is playing with us, that will add some interesting sounds. He’s got some trippy shit. I think we will be doing some interesting instrumentation of some of the songs.” 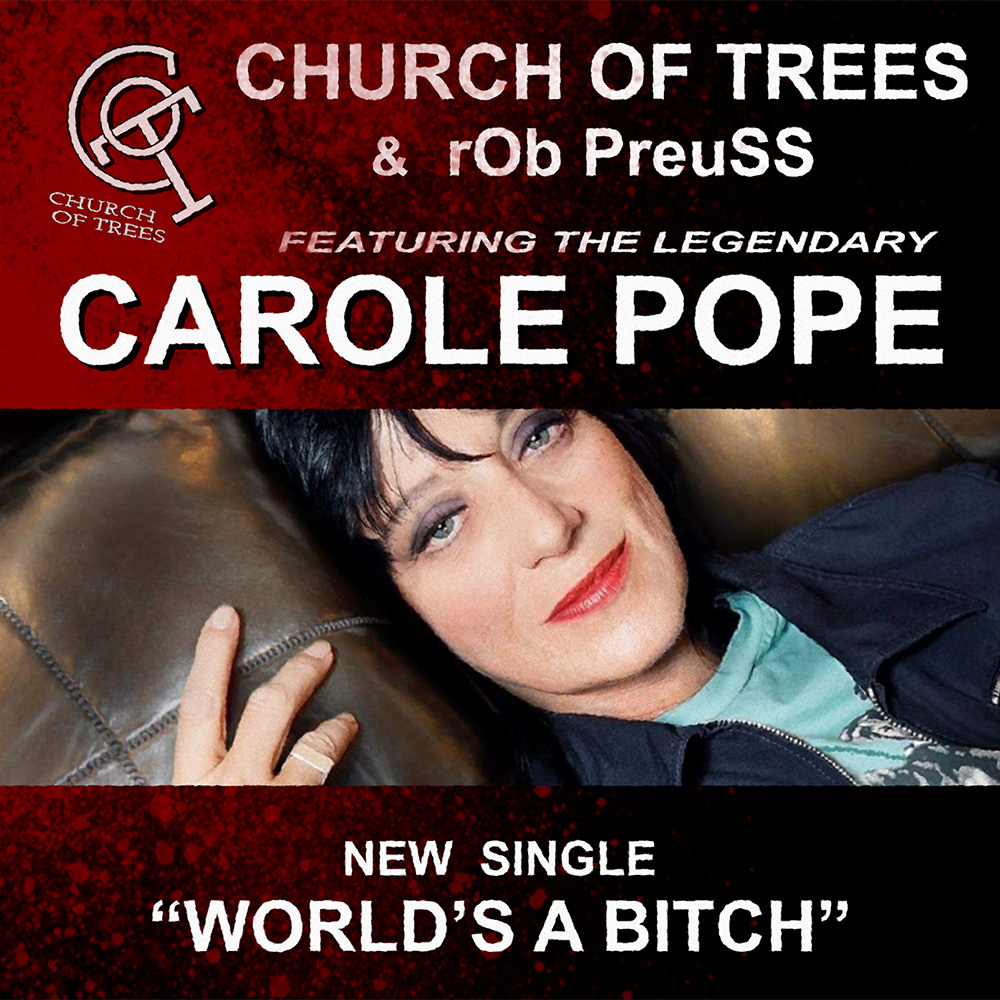 Joining them in Ottawa is Church of Trees. Church Of Trees is Bernard Frazer’s project and have been making music since 2019. In 2021, Carole Pope was featured on a song by Church Of Trees (“World’s A Bitch”) which was a pretty big hit worldwide. “World’s A Bitch” also featured former Spoons and Honeymoon Suite member, Rob Preuss. It was actually due to Preuss that Frazer was able to connect with Pope and invite her to sing on the song.

And for Church Of Trees, this is also a welcome back to the live stage. According to Frazer, the performance should be fine, what is proving to be somewhat anxiety provoking is that they happen to be opening for Rough Trade.

“Our last performance was August 31, 2019, something like that. We did an album release party and that’s it. A lot of practice. Getting on stage, after a while, is its own thing and it’s not really a big deal, but what makes this a big deal is that we are opening for Carole and Rough Trade. That is huge. So there is some anxiety built into that, there’s no question.”

“We will be concentrating on the new album (Pish Posh) and a couple of old favourites.

Pope is also clear that touring with Staples, as Rough Trade, does not mean that there is any new music coming from Rough Trade. Pope stated that Staples isn’t writing music and the only possible new releases are some old concerts. These concerts would be very welcome, by the way. But that does not mean that she has stopped working. In fact, quite the opposite.

“I am just open to writing with cool people, people I admire. I have done a couple of singles with Clara Venice, who is a Theremin player and a unicorn. I did a single with Rufus Wainwright, I have worked with Alain Johannes from the band 11 and Queens of the Stone Age. I just ask people, can we do something and it is either yay or nay.”

“I had been thinking about it, and I knew Rob had worked with her. I have been working with Rob since 2017. It always crossed my mind, ‘wouldn’t it be cool if…’ and then one day Rob came out and said, ‘Why don’t you write a song for Carole.’ Within a week I had written a couple, one being “World’s A Bitch” and Rob really liked that one, and he sent it off to Carole.” 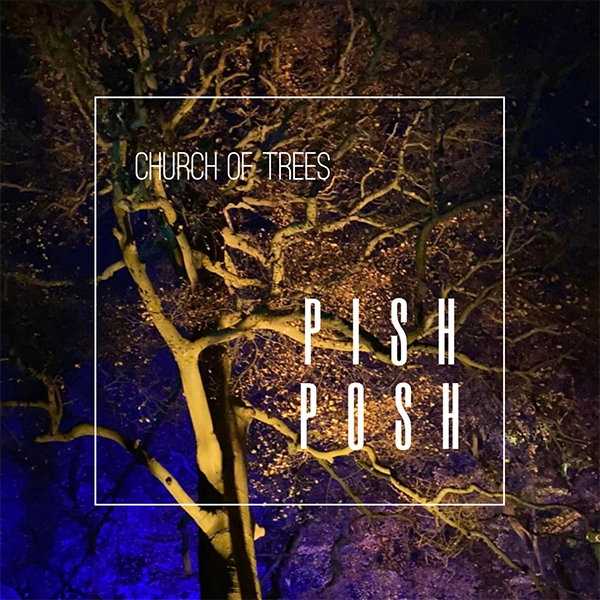 Pope adds, “I just thought it had a great hook, the lyrics sound like my lyrics, it’s a great song.”

“I have had a long time to study Rough Trade lyrics,” laughs Frazer. “I have been a fan for over forty years.”

According to Frazer, he had Pope’s voice in his head as he wrote the song.

“If I have a knack for anything it is hearing people’s voices in my head, maybe I should see a doctor about that,” laughs Frazer. Pope agreed with an “uh oh” and added to the laughter.

“But when I am writing the lyrics, I do have the ability to have that person’s voice in my head. It makes it a lot easier in developing phrasing and that sort of thing. It seemed to fit Carole’s voice and we are really happy with it.”

However, don’t expect the two bands to collaborate on “World’s A Bitch” together on stage.

“We’re playing the song. We asked Carole if she didn’t mind if we actually did it, because people will expect. My singers will be singing it. We do have two amazing singers. Our new singer, Stella Pannaci, will be taking the lead on all the new material and we got the great Dee Dee Butters from The Peptides, who will be joining us to do a couple of songs she did with us.”

“I suggested a sock puppet of me,” joked Pope.

“We thought we would create a little Carole Pope sock puppet dressed in leather with a little bullwhip, and the puppet could sing the song,” agrees Frazer.

And with that, the show is set for April 27 at The Bronson Centre Music Theatre in Ottawa. Although both bands will be adding more live dates, at this point it is the only chance to see them together.

Born and raised in Whitby, Aaron discovered music through his love of The Beatles. This led to a career in radio, writing for various publications, and ultimately a radio show about The Beatles (Beatles Universe), which ran for over four years. When not immersed in music, Aaron enjoys spending time with the loves of his life -- his wife Andrea, and daughters Emily and Linda (all of whom have an intense love of music too).
RELATED ARTICLES
barenaked ladiesbernard frazercarole pope