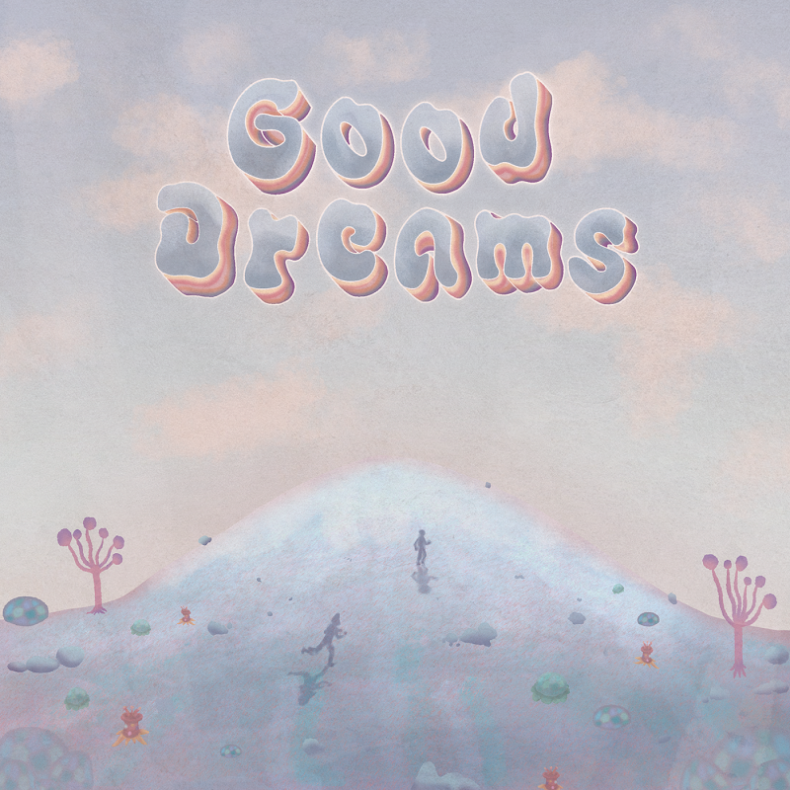 Good Dreams the upcoming album Niagara Moon sets out to follow in the footsteps of symphonic pop classics like Pet Sounds or The Soft Bulletin. Only in this case, it was made alone under quarantine.

It all began when Niagara Moon’s alter ego Thomas Erwin was having trouble getting to sleep again. It was like back when they were a child, having watched that scene from Brave Little Toaster (you know the one…) Though now, it was spurred on by the new daily reality of isolation and uncertainty. However, Thomas also remembered a secret sleep-aid technique that had worked wonders back in those days.

When you find yourself late at night worrying about nightmares, the future, or just simply have a case of Sunday Scaries, imagine in your mind’s eye – in big puffy friendly letters, much like those on the album cover – the words “Good Dreams” beaming back at you.
It helps more often than not.

This theme of “mind over matter” appears often over the course of the album’s 12 songs. After a few years struggling to find their sound with a more conventional arrangement, Niagara Moon embraced the electronic orchestra living inside their Mac Mini. As such, “Good Dreams” became an baroque technicolor storybook of sound, and a welcome escape from the more challenging moments of the last couple years.

While the music remains bright and fantastical, the lyrics tackle some darker concerns head-on. The Divine Comedy-esque “Hindsight” laments on the gradual loss of youth and freedom. “Boxed In” is a foreboding ode to the constriction and claustrophobia of the pandemic era. Similarly, “Bad Vibes” addresses the growing trends of paranoia and misinformation.

Fortunately, the tone balances out with other tracks like “Who Needs Who?”, a celebration of empowerment and self-ownership in the age of the Great Resignation. “That’s News To Me” explores the power of love and vulnerability, and “Surprise For You” was even written as a marriage proposal to Thomas’s partner Huimin, whose ethereal vocal harmonies are also present on half of the songs.

So come along. Dive in headfirst, shed the “Bad Vibes”, and find your own Good Dreams. They’re waiting for anyone that’s ready, with enough patience and imagination to accept them.

“Following in the footsteps of symphonic pop classics like Pet Sounds or The Soft Bulletin, “Good Dreams” is a technicolor storybook of sound produced alone in quarantine. Bright, catchy melodies and intricate arrangements accompanied with darker, nuanced stories of pandemic-era unease and doubt.”

Bad Vibes
Who Needs Who?
That’s News To Me
Hindsight
Good Dreams
Surprise For You
The ast Word
Show Don’t Tell
If You Know What I Mean
Boxed In
Sink Or Swim
All The Cliches