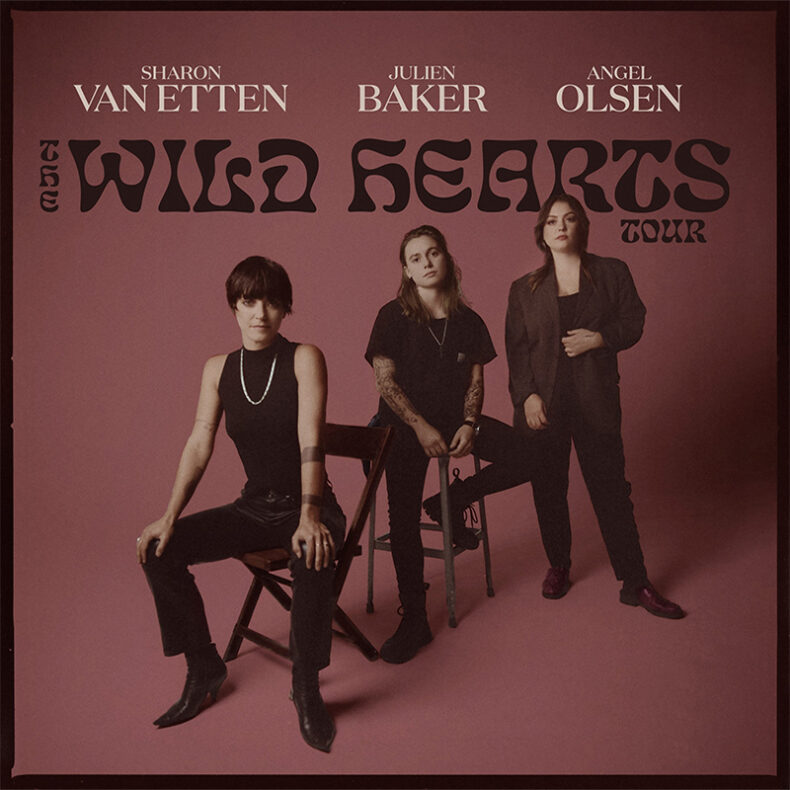 Struggled to get a ticket to one of the summer’s most fire shows that featured three of the most powerful women voices in indie rock? You weren’t alone. The demand in Toronto for this triple bill was so fierce that a second show was added to the tour schedule. I attended that newly added show that was nearly sold out, we might add. The festival-style line up included three of the most critically acclaimed indie rockers writing and releasing music today–Julien Baker, Angel Olsen, and Sharon Van Etten.

Julien Baker kicked off the night in pure business fashion. Opening with “Sprained Ankle” before using the rest of her set to celebrate her 2021 release Little Oblivions, Baker commanded attention with her raw emotional lyrics and bounded across the stage rocking out on her guitar. It was during the latter part of her set when she first addressed the crowd. She introduced her band and expressed her pleasure to be in Canada as her last 2021 date at The Phoenix in Toronto didn’t work out. Enjoying the moment we saw a brief smile from Baker prior to the start of “Ringside”, a song revealing a deep observation about trying to love someone while you yourself are feeling depressed. The crowd clearly showed a great appreciation for this part of her performance.

Taking the second slot this night (she would be moved to headliner for night two) was the enigmatic Angel Olsen. Integrating her witty stage banter and playful conversation early in her set, she answered with “I’m pretty good, I think I’m good”, responding to an eager crowd who asked how she was. Olsen’s catalogue touches on many different genres from indie rock to country to ambient and pop, and tonight all were on display. Opening the set with four powerful and personal songs from her most recent release Big Time, Olsen paused to share that she has been writing new tunes on the big, open road and how inspired she has been while on the tour with “all the beautiful people surrounding her”. This was followed by an introduction to a “new tune” where instead she unexpectedly broke into fan favourite and Olsen’s most popular song “Shut Up Kiss Me”, a track from 2016’s My Woman. Closing the set, she took to the stage solo and sang the mournful “Lonely Universe” and “NEW ONE”,  as per the setlist.

The stillness and quiet completely shifted gears when headliner Sharon Van Etten took the stage next. With only a microphone in hand, Van Etten slithered across the stage with her eyes fixated on the enthusiastic crowd, opening with “Headspace” from 2022’s We’ve Been Going About This All Wrong and following up with “Comeback Kid” from 2019’s Remind Me Tomorrow. Grabbing her guitar, she broke into “Anything” from her spring release.

The setlist leaned heavily on her most recent release, as well as favourites from Remind Me Tomorrow. Van Etten pulled from the archives, back to her breakout album Are We There Yet to treat the crowd to “Every Time the Sun Comes Up”.  As was the case in previous shows, Olsen joined Van Etten on stage near the end her set. The powerful duo performed the soaring “Like I Used To” before Van Etten closed the evening with the elegant “Darkish”.

The Wild Hearts tour rolls on through the balance of August and we can safely say this triple bill of three singer-songwriters at the top of their respective games is THE can’t miss indie gig of the summer.

The Spill Magazine is a Toronto-based online publication dedicated to covering the independent music scene with a strong focus on our thriving hometown talent. Our writers bring you up-to-date news, in-depth features on musicians and reviews for the latest CD releases. We also travel to the front lines for all local festivals including Canadian Music Week and North by Northeast. Don’t forget to check out our Facebook and Twitter pages for all daily Spill updates.
RELATED ARTICLES
angel olsenbig timeheadspace
8.0

by Meryl Howsam on June 3, 2022
Angel Olsen Big Time Jagjaguwar A country album by Angel Olsen is something I never knew I needed. But I did, and I got it… with a twist. “Out with the bangs, in with the twangs,” she [...]