STATE OF THE ARTIST

A CONVERSATION WITH STEVEN PAGE

Throughout his career, singer-songwriter Steven Page could be counted on to observe our modern existence, in ways that are creative, direct and beautiful. From his days as a creative force and voice behind Barenaked Ladies, to his six albums and almost 14 years of solo work, Page continues to hold a multi-faceted mirror up to society. Through the glass we see the artist, ourselves, and the greater world around us.

His release this past September of the album, Excelsior, and tours of the UK and North America (including a string of dates opening for The Who with his trio), leave the artist with plenty of stories to share.

After being unable to play live for two years, the excitement in Page’s voice is palpable. “I’ve got some gas in the tank after The Who shows,” he says. “Those dates went splendidly well, so I can’t really complain about that. It had been a long time since I’d been on a big arena stage. Doing those shows with a trio – just a cello and two guitars – I think some people were wondering if we were going to pull it off, and we did! The audiences liked it. It was really exciting!”

The origins of Page’s recent achievements date back to 2020, and his Live From Home virtual concert series. Many of the songs which appear on Excelsior were workshopped in the online shows.  Of that time, the artist states, “I kind of resisted the initial blast of artists doing Instagram Lives and Facebook Lives, and so on. Part of me was like, ‘Oh it just seems like a recipe for failure’, competing with everybody else out there who’s doing free music. It was like the end of getting paid for anything. Then I watched Dan Mangan doing his paid shows live over Zoom, and it was like, “Oh, this is brilliant!”. So I started doing that, and I ended up doing 93 of these things. I still do them whenever I’m home on a Saturday.” 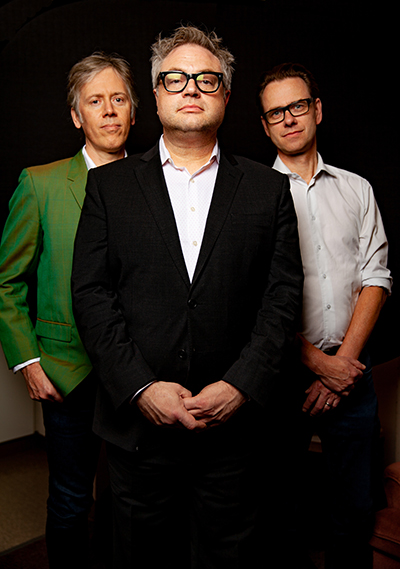 “The best thing about it was, it just built this amazing community of fans from around the world. People would come every week. They could see me and I could see them. And because it was on Zoom, they could see each other. So we watched everybody’s kids grow up, or watched people hanging out in their backyard, or driving, sitting in the kitchen or whatever else, and they become friends with each other. Now that I’m back out on the road, I can stand out on stage, and see these people meet each other in person for the first time. After we’ve all watched each other on Zoom, it’s pretty cool!”

Creating an online community through his work was both surprising and rewarding for Page. “A lot of people spent that time feeling very isolated. For me, as a touring musician, I could have had zero sense of what day it was, or what time it was or anything else. By having these online shows as a thing to work towards, it really pushed me creatively in a way that I did not expect, because you have a lot of people who were tuning in week after week. It was different from being on the road, where you play a general setlist, but you might swap out a couple of songs every night with something different, within the general framework. Well, these people were coming every week, so you’ve got to change the set significantly. So, I went through basically every song I’ve ever written, and I played every album in order, and all that kind of stuff. For me, it kept me creatively alive in a time where I could have just sunk into depression.”

The making of the album had its own set of problems, due to the Canada-U.S. border being closed. A lot of the work, Page says, was done at his home studio in northern New York state. “The point was that I was going to be doing the basic tracks here. Usually what I would do is go to Vancouver, with The Odds playing bass and drums, and guitars on top of my stuff. I would end up re-recording my stuff, and it would be totally different. We were calling it the ‘Ship of Theseus’, (where) you start with one thing, you add a bunch of stuff and the original stuff disappears. And then you add new stuff. That’s usually how I make records. This time, I could never get there. I couldn’t cross the border for a year and a half. I have a place in Canada where I usually record my own stuff, and I couldn’t get up there. So, I started everything down here, and eventually I think, ‘Hey, my basic tracks aren’t so bad!’ On a few songs I’ve got my brother playing drums, and Doug Elliott from The Odds playing on a few songs. But in general, it’s mostly me.” 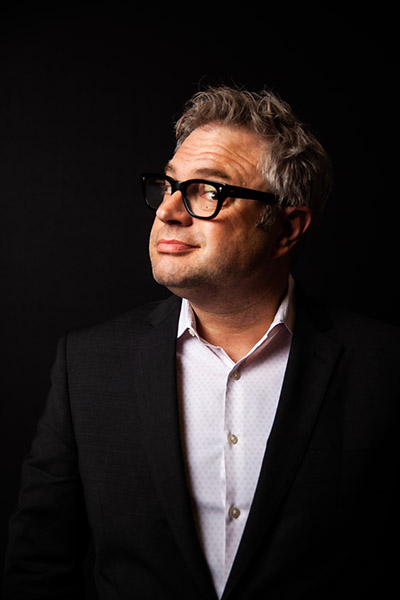 “I put all of my creative energy into the live streams, and the songs kind of fell there and I just kind of kept writing new songs. I thought, ‘Well I’ve got to get back and finish the original ones’. I ended up with 20-odd songs, and was tinkering away with those. Eventually, I had to make the decision of what was going to be on this record, and focus on those songs. The other ones will hopefully show up on the next record, which I am starting to play at now.”

When talking about his work, Page does not really describe himself as a disciplined songwriter. “I was always jealous of people who could write almost every day, or write on the road, and all these kinds of things. I became sort of superstitious about it. It wasn’t part of how I worked. I had to sit down at writing times and I used to think I had to wait for inspiration, which was, I think, laziness. When I had to make a record, then I would write. That is one thing: I tend to work better when I have a deadline. I will impose a deadline on this record, which will make me finish the record. I’m a lot freer with writing now, than I ever was. Or, I feel that I’m not as precious about it, and will write anywhere, at any time. It’s just a matter of finishing stuff that’s the hard thing for me.”

As a whole, Excelsior is musically and lyrically stunning, with its references to connectedness and the importance of being able to feel  “The questions that I’m asking are things like, ‘Do we need other people?’ or, ‘Can I do this myself?’ You learn to be self-sufficient, and you think, ‘Maybe I don’t need somebody else’. But, of course not. Of course, the answer is ‘yes’. What is the value of those connections? How do we forge those connections, and then, what’s outside of ourselves? How do you get outside of yourself? Is it through things like science? Is it through things like technology? Is it through things like spirituality and religion? I don’t like to give answers, but I love posing those questions to myself, as a way to start a song.”

Keep asking those questions, and keep starting those songs, Steven Page. We will be listening.

Musician, writer, and grandad Bryan Williston is a fan of music in all of its forms. He loves to listen to, play, and talk about music, and to share his ideas with others. Despite the failings of humans, he is hopeful about the future, and thinks that Spill Magazine readers are just the best. Bryan lives in Whitby with an assortment of people and dogs.
RELATED ARTICLES
barenaked ladiesexelsiorfeatures

by Aaron Badgley on April 22, 2022
ROUGH TRADE IS WORK A CONVERSATION WITH ROUGH TRADE’S CAROLE POPE WITH BERNARD FRAZER (CHURCH OF TREES) In [...]