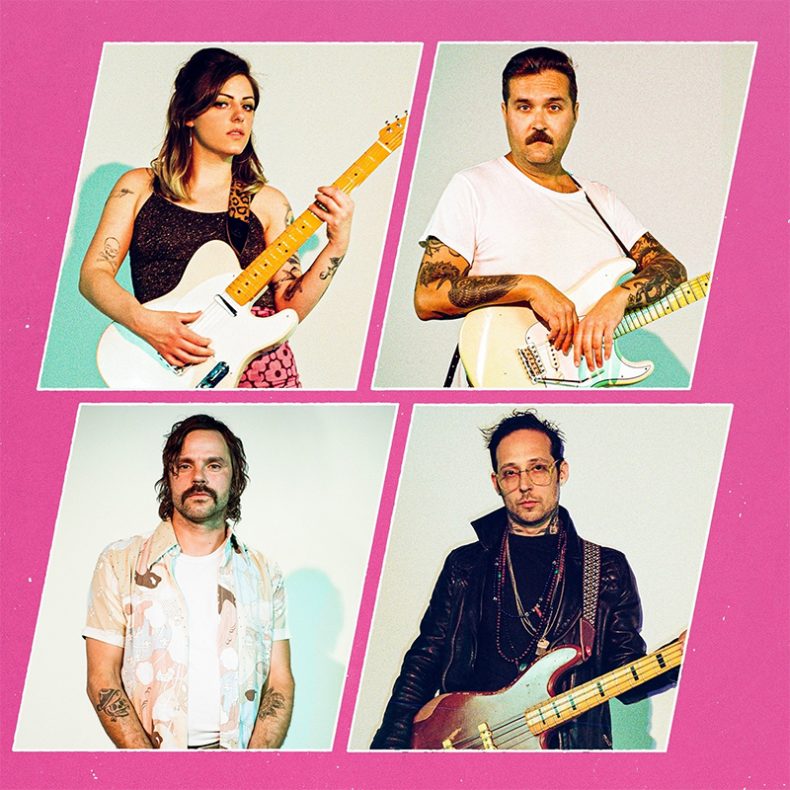 Speaking on the track Alex Little says, “Big lies is about a washed-up party girl, probably in her late 30’s to early 40’s trying to figure out why the old antics don’t work so well anymore. It’s a fictional story based on characters I’ve met throughout the years, and maybe a bit on myself.”

Alex Little & The Suspicious Minds comprises of Little, Andy Bishop (White Ash Falls, Twin River), Cody Hiles (The Zolas), and bassist Mike Rosen (Dead Quiet). Little previously played in bands as a drummer, and when she picked up a guitar, she reached out to her friend Andy Bishop to teach her a few tricks.  Songs began pouring out of them, and drummer Cody Hiles and bassist Mike Rosen got involved.

Known for their garage-pop songs that unflinchingly tackle drug addiction, mental health and heartbreak and yet, despite the heavy subject matter, the group’s soaring choruses and loud guitars mean that the mood is cathartic rather than heavy with a sound that blends searing distortion with aching pop hooks and a psychedelic wash of reverb.

Waiting to Get Paid is Alex Little & The Suspicious Minds debut album and is set for release on April 2nd and follows the singles Broken Bones and Across the City.

SPILL NEWS strives to keep our readers up to date with news and events in the music industry. We keep you informed of the most recent information regarding new releases, tour dates, and information items about your favourite artists.
RELATED ARTICLES
light organ recordsnews

by SPILL NEW MUSIC on October 4, 2020
THE ZOLAS – “I FEEL THE TRANSITION” LIGHT ORGAN RECORDS The Zolas have released their latest single “I Feel the Transition.” Described by the [...]

by Kieran Davey on January 24, 2020
We Are The City RIP Light Organ Records RIP is We Are The City’s long-awaited fifth album, combining musical and lyrical themes from their entire discography into one cohesive art piece. [...]
8.0