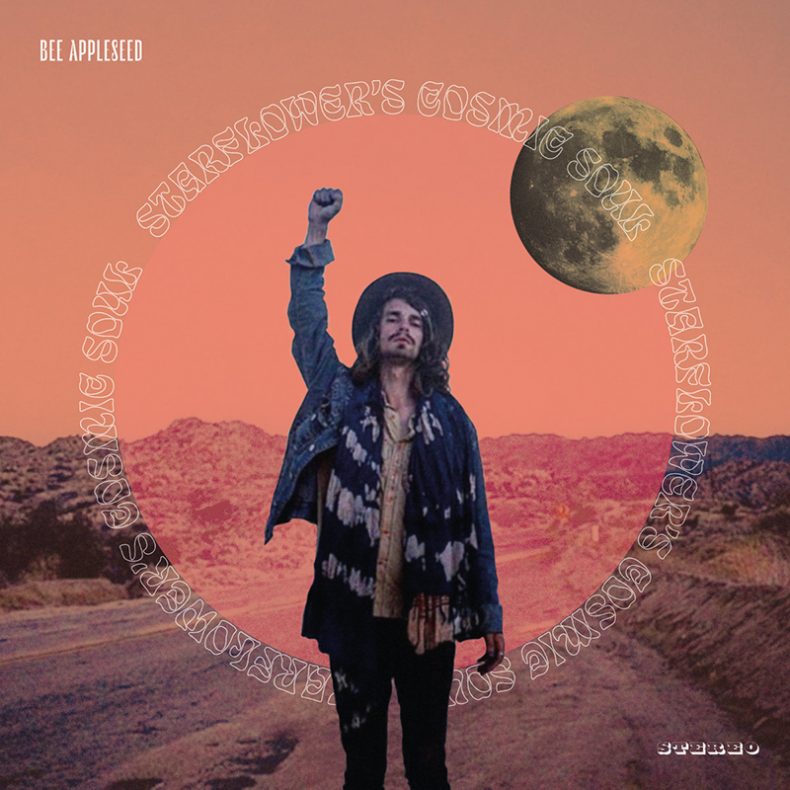 BEE APPLESEED – “ALL IS FORGIVEN”

A standout single from Starflower’s Cosmic Soul, “All Is Forgiven” blends ’60s psych-pop, garage rock and indie-folk into an uplifting celebration of healing with Bee’s raspy vocals floating atop layers of jangly guitars, punchy horns and singalong backing vocals. The new video for the song—shot all around L.A. and featuring a cast of charmingly off-kilter puppets and masked weirdos—does a great job of capturing the contagious, eccentric charisma of this 21st Century cosmic ambassador.

I wrote “All Is Forgiven” in January 2016 after I was spiritually guided to the very positive experience of Couchsurfing with my friend Serena, a lifelong practicing traditional healer now in her elder years. One morning while outside for breakfast in her almond orchard, four red-tailed hawks flew above me, representing strength and a clear vision. I followed the vision and the whole song wrote itself in 15 minutes beginning with the lines, “I’ll chase these visions to the edge of the Earth if I have to / To the spirit I’m listening and I know just now what I gotta do.”

In this video, filmed and edited in late 2019 by Amandala Photography—who also made the music video for my song “Another Time”—I followed up on where that vision has since taken me while catching a window into the past, before this whole pandemic began. Additional filming was done by Flynn Papandrea and Nora Keyes, puppetry by Jackie Ryder and Neil Soiland with styling by Jackie Ryder and Kristin Wilson.

by SPILL NEW MUSIC on July 18, 2019
ILLITERATES – “DRUNK AND IN LOVE” A SPILL EXCLUSIVE VIDEO PREMIERE Throughout Goddamn Gun-Toting Junkie Camaro Enthusiasts listeners are transported to a [...]
8.0