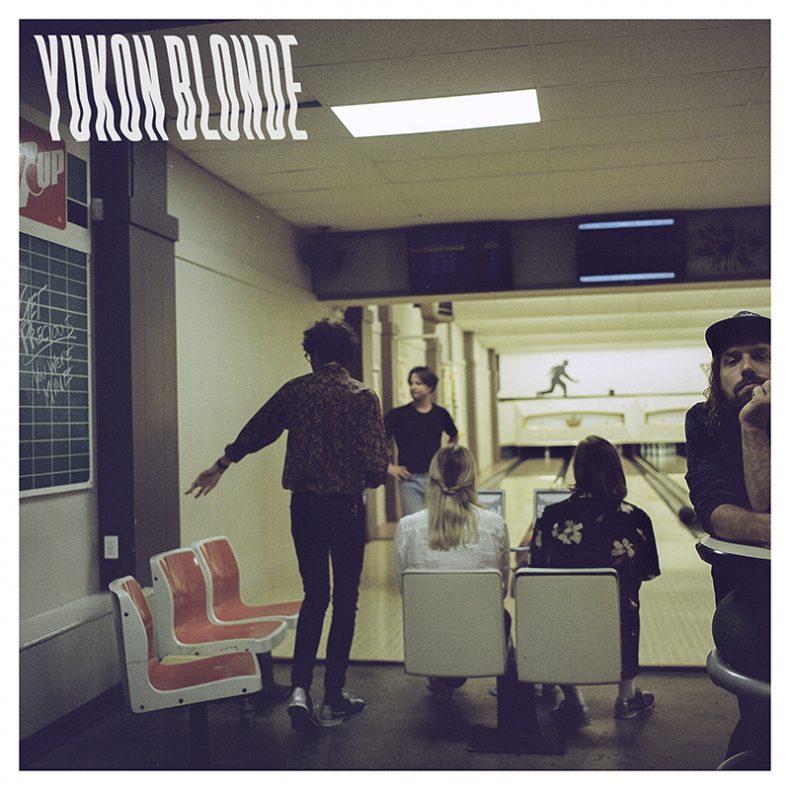 Vancouver psych-rock outfit Yukon Blonde are sharing their first new music of 2020. “Get Precious” was written and recorded using a mobile studio at Jeff Innes’ house last summer together with James Younger and Brandon Wolfe-Scott. “I live on the water, so we had a plan to just write and record a little, swim, drink beers, y’know summer stuff,” says Innes. “Brandon had this demo of a song, it was called ‘Love Isn’t On Your Mind’, me and James were ribbing him about the lyrics, but the guitar riff was amazing, so we decided to use it.

The lyrics for ‘Get Precious’ are more or less collaborative between me, Brandon and James. We were just in this space together creating, having a wonderful time when a conversation struck about relationships came up. As it does. We had all been in toxic situations in the past where we had friends or partners, who seemed to be upset when you’re thriving outside of their sphere. Like crabs in a bucket. It was almost revelatory how universal that feeling is- and so we wrote a song from the perspective of somebody in and out of these relationships, somehow simultaneously involved, but not affected by them. In other words, they see you in the bucket, they’re just doing something else, and something positive.”

With four LPs to their name, including 2010’s self-titled debut, 2012’s Tiger Talk, 2015’s On Blonde, and 2018’s Critical Hit, Vancouver indie alternative outfit Yukon Blonde, rounded out by Graham Jones and Rebecca Grey, have cemented their status as a Canadian powerhouse, earning comparisons to The Flaming Lips and Phoenix, delivering a welcomed throwback to the 1970’s glory days of rock’n’roll.