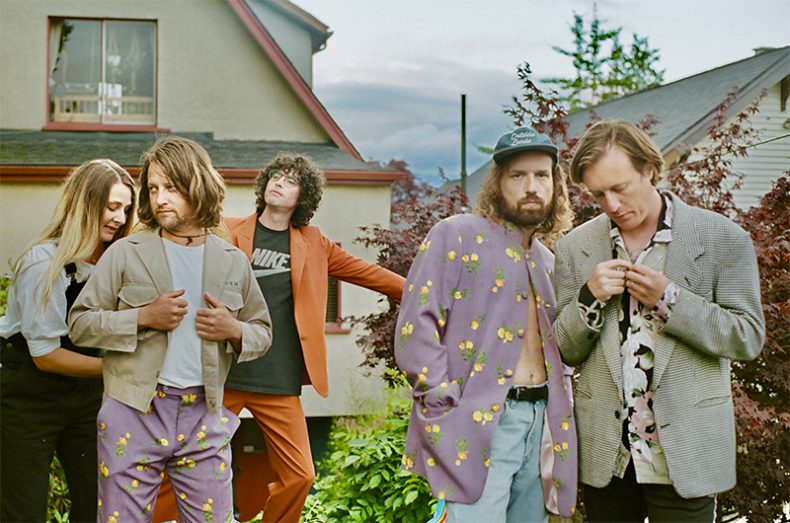 Last year, Yukon Blonde released their fifth LP, Vindicator, but weren’t able to bring their own live performances of the record to fans everywhere, for obvious reasons. However, the band is now ready to hit the stage once again in support of Vindicator on October 22, 2021 at the Capital Ballroom in Victoria and on October 23, 2021 at the Hollywood Theatre in Vancouver.

“It’s been such an usual experience releasing a record and not being able to perform it live,” says Jeffery Innes. “We didn’t want to give it away over a live stream or something, which is why we’re particularly excited to be playing these shows. We’ve literally been waiting years to play.

We wanted these extra special shows to be ‘hometown’ shows, and it’ll be nice to check out this new Hollywood Theatre here in Vancouver.”

MORE ABOUT VINDICATOR AND YUKON BLONDE

After ten years since forming and five LPs in, Yukon Blonde have been characterized in a lot of different ways. They emerged as a guitar-heavy rock band with their debut self-titled LP in 2010 and by the release of On Blonde in 2015, Yukon Blonde were experimenting with slick, ‘80s inspired pop elements like those heard on the album’s driving hit single “Saturday Night”. More recently, on 2018’s Critical Hit, the Vancouver-based five piece band turned their attention to mood making, largely ditching their guitars in favour of synths and drum machines to build danceable, multi-dimensional soundscapes.

SPILL NEWS strives to keep our readers up to date with news and events in the music industry. We keep you informed of the most recent information regarding new releases, tour dates, and information items about your favourite artists.
RELATED ARTICLES
brandon wolfe scottdine alone recordsget precious